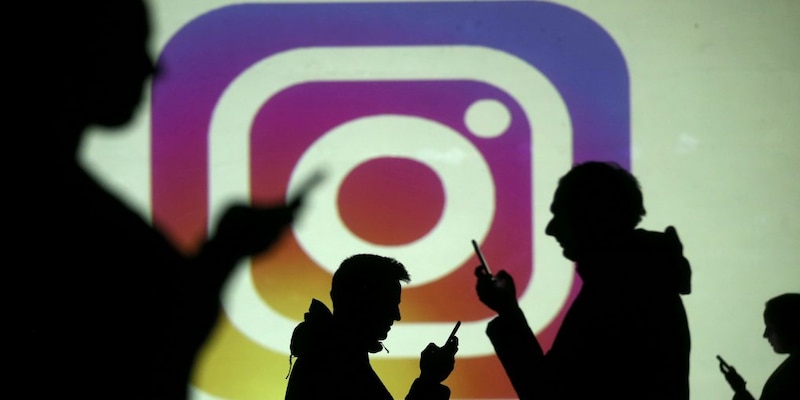 As Instagram continues to push Reels with photo and video content taking a backseat, it is becoming more and more challenging for small business owners to maintain the reach and engagement that they once had.

“Make Instagram Instagram again” reads the now-viral post that photographer Tati Bruening — better known as @illumitati on Instagram — shared on her feed along with a petition on Change.org. In just five days, the post has garnered over two million likes and the petition is close to achieving its goal of 5 lakh signatures.

So, what exactly is happening to Instagram?
For quite some time now, Instagram has been changing its algorithm to push more Reels instead of photos or videos, and it has reached a point where the changes are not even subtle.
Instagram had announced earlier that it was testing a way to turn all video posts into Reels and allowing public videos and photos to be used for making Reels. The objective seems very clear. While the company says that it will still have static posts, how much weightage is it willing to give these posts? Especially when photos are what most brands, creators and meme pages use to reach and engage with their audience.
Also Read: Instagram will soon let you turn public photos into Reels
In June 2021, Head of Instagram, Adam Mosseri, posted a video on the platform saying that Instagram is “no longer a photo sharing app” and that Instagram’s future was headed towards TikTok and YouTube (which serve entirely different purposes) with more of mobile-first video content. Hence began Instagram’s journey towards becoming a platform for entertainment, from an app that connected people through photos, that too in chronological order.

At Instagram we’re always trying to build new features that help you get the most out of your experience. Right now we’re focused on four key areas: Creators, Video, Shopping and Messaging. pic.twitter.com/ezFp4hfDpf— Adam Mosseri (@mosseri) June 30, 2021

Cut to July 2022, The Business of Fashion shared a post on the platform about its story “Fashion Should Pay Attention to Instagram’s Content Troubles”, and the comment section was flooded with people expressing their dislike and anger toward the latest updates in the ever-changing algorithms of Instagram. Among these were also people and businesses who rely solely on the app for their earnings.
View this post on Instagram

A post shared by The Business of Fashion (@bof)

One of them was Candace Wensveen-Johnson, the owner of @clotheslinesvintageshop, a curated selection of fashion-forward vintage. She said, “I was drawn to Instagram as a photo-sharing app. I liked the clean, magazine-quality curation of the grid with the option for sharing video story content.”
Didn’t we all?
Since Mosseri’s video last year, Wensveen-Johnson says, it is becoming more and more challenging to be seen and find content that we as users want to see.
She is not alone in this struggle. Bruening’s post was also noticed by the likes of Kylie Jenner and Kim Kardashian, who also went on to share it on their Instagram stories. What is interesting to note here is that in 2018, Jenner had tweeted saying that she does not use Snapchat anymore — the tweet wiped $1.3 billion from the company’s market value.
Could Instagram see a similar fate?
According to Social Pilot, videos on Instagram get 21.2 percent more engagement compared to images. “For brands and creators, it’s not usually that easy to produce video content on such a large scale and with so much frequency, and whenever we post photos now it’s almost dead engagement. A photo that would get 1,000 likes with a 1,500 follower base, now gets around 300-400 likes with an 8,000-9,000 community,” says Pranita Bajoria, the founder of the advertising agency Red in the White and an independent creator, famously known as @mad.adwoman amongst her Instagram followers.
In the 2021 video, Mosseri had also said that creators and shops were two of the four key areas that Instagram would be working on and today, the case seems to be the exact opposite.
Also Read: Instagram tests converting video posts into Reels
Hans Vivek, the co-founder of @vyanaturals, India’s first science-forward functional skincare brand, says that the brand is seeing a significant drop in both reach and engagement on static and video posts. The ratio in certain posts is as low as 10 percent as compared to Reels. This affects brand marketing so much so that the focus has been shifted from static posts to creating Reels to generate more engagement and ultimately see conversions.
In a recent internal memo that was shared with Meta employees, Chief Product Officer Chris Cox mentioned that the company was focused on monetising Reels “as quickly as possible”. This comes as the tech giant sees a revenue decline for the first time in history.
Wensveen-Johnson also says that the media giants are falling into “a trap of mindless entertainment for profit” at the expense of artists, photographers, creators and small business owners. Remember the time when Instagram feeds looked aesthetic with themes and colour patterns? When much thought was put into ideation and curation? Now, it’s just teenagers dancing and cute cat videos.
The business of a France-based photographer and independent brand designer Mary Em was to propose Instagram content strategy creation, graphic templates, etc. Now she has narrowed it down to brand photo/video content creation that’s not just for Instagram. She adds, “In 2018, I used to have two to three times smaller audience and would get twice as much engagement as I do now. At that time, 25 percent of my audience would engage with me and now it’s down to four to five percent.”
Vivek concurs with the thought of having alternatives, saying that his email marketing campaigns draw 35 to 40 percent of their engagement.
Also Read: Meta warns employees of serious times and slowing growth in second half of the year
Another small business owner, Tanvi Agarwal, creative head of @houseofekam, also uses Meta platforms and Google for paid marketing, which she says, have been consistently performing for the brand. “For a homegrown brand selling home decor items, making Reels doesn't make sense but just to survive in the age of dance reels getting a million views, we also have to churn out two to three Reels on a weekly basis,” she adds.
With over two billion active users on the platform, Instagram is an ideal first choice for anyone who is just starting out. It is a great way to build an audience and establish your brand image.
To this, Bajoria adds, “When you go to an Amazon or a Myntra, they can take up approximately 40 to 55 percent of their (sellers’) revenue. In that case, small businesses are already competing with other businesses that are all operating in a price-competitive industry. So, they can’t hike up their prices and with e-commerce platforms taking up such huge percent of their earnings, they are barely left with anything along with the advertising prices that they pay there.”
In hopes of easing the tension building on the app, Mosseri put out another video “addressing the concerns” but that was also of little help with that “more and more of Instagram is going to become video” while still supporting photos because they’re a part of its “heritage”. On Twitter, Chrissy Teigen replied to the video saying “we don’t want to make videos Adam lol” and several others followed suit.

In the latest quarterly earnings call on Thursday, Meta's Chief Operating Officer Sheryl Sandberg admitted that small businesses are better at photos than they are at video. She adds, “The idea is to help businesses really easily create those Reels ads, really easily test them so they can iterate and keep improving as we do this.”  And this is only about monetisation.
Also Read: Facebook partners with Indifi to enable small businesses quick access to credit
On the same call, CEO Mark Zuckerberg said that if the company starts pushing less hard on growing Reels, it could be worse for the products and business longer term. He also said that Reels ads have crossed the $1 billion annual revenue run rate, and Reels also has a higher revenue run rate than Stories did at identical times post-launch.
Meta is growing business while a plethora of small businesses that once believed in Instagram’s algorithms are bearing the brunt.
Check out our in-depth Market Coverage, Business News & get real-time Stock Market Updates on CNBC-TV18. Also, Watch our channels CNBC-TV18, CNBC Awaaz and CNBC Bajar Live on-the-go!