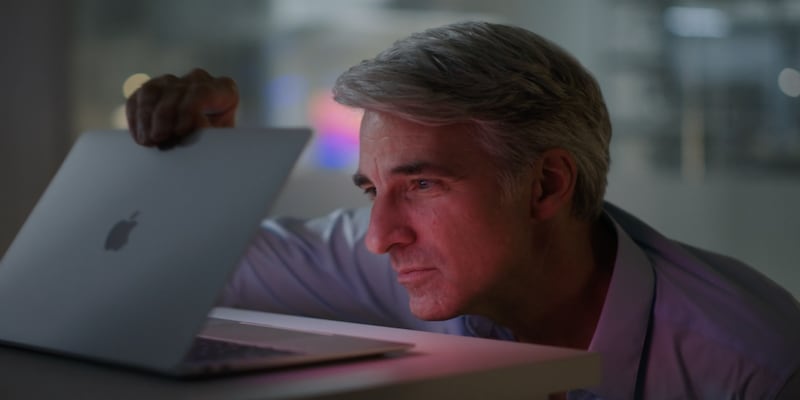 When Apple Inc ditched Intel as its chipmaker in 2020 after a 15-year association, rumours were already abound that the Cupertino giant was working on its own CPU. And this was confirmed when Apple CEO Tim Cook took to the stage at Worldwide Developers Conference in 2020 to take the covers off what he referred to as "Apple Silicon".

Over the next few months, the tech community was abuzz with speculation as to how powerful "Apple Silicon" would turn out to be--not entirely unfounded, as Apple's 'A' range of SoCs on its iPhones and iPads consistently blow the competition out of the water.
Later that year, Apple finally unveiled the first MacBooks running "Apple Silicon", now officially called M1. The two laptops were hailed as the most powerful ever, with even the MacBook Air, aimed at the casual user, easily outperforming Apple's own, previous-generation pro computers. Incredibly, the Air had standout features like instant wake and no noise. Apple's latest Mac lineup
The rapid adoption of these MacBooks, coupled with work-from-home fuelled by the pandemic, easily ensured that Apple's portable computers were the best--and most popular--in class devices.
During the company’s second-quarter earnings call in April 2021, Cook revealed that the M1 chip contributed to 70.1 percent growth in Apple’s Mac revenue, which shot up to $9.1 billion during that quarter. This growth continued in the next quarter as well when the Mac revenue jumped by 16 percent, possibly boosted by the release of the new pro MacBooks, powered by the M1 Pro and the M1 Max chips.
Then there was the redesigned iMac, powered by the M1 and dressed. in punchy pastels, Apple's latest generation desktop was immediately a hit with its target audience--students and causal users.
The M1 Pro and M1 Max take Apple's computing prowess to a whole new level, housed in devices that boasted of the the best screen resolution, improved webcam quality, enabling smooth run of the most resource-intensive applications, and even ensuring quicker deliveries.
According to experts, the M1 chip--or its successors--would now be introduced in new product categories as well. Besides, another new MacBook Air will enter the markets in 2022. Due to its high efficiency, they may well be used in Apple’s augmented reality headset in the future. Powered with these new chips, the Apple headsets will even be able to run intensive graphics tasks without being connected to a computer or phone.
Also read:
Predictions for Apple’s 2022 line-up: iPhone 14, new MacBooks, iPad Pro and VR/AR Glasses
(Edited by : Vijay Anand)
Check out our in-depth Market Coverage, Business News & get real-time Stock Market Updates on CNBC-TV18. Also, Watch our channels CNBC-TV18, CNBC Awaaz and CNBC Bajar Live on-the-go!