House of Cards has ended, here’s what Robin Wright will miss about Claire Underwood

Updated : November 09, 2018 09:52:55 IST
House of Cards was nearly jeopardised last year, when allegations of sexual misconduct were levied against its male lead, Kevin Spacey.
The high point in Robin Wright’s journey came last year, when she won an Emmy for her portrayal of Claire.

After six gripping, intense seasons, House of Cards finally came to an end earlier this month when Netflix released its final instalment on the streaming portal. The show, a fictionalised narrative of the US presidency, is a story of the dark underbelly of American politics.

One of Netflix’s earliest original series, House of Cards, was nearly jeopardised last year, when allegations of sexual misconduct were levied against its male lead, Kevin Spacey, who plays the role of protagonist, Francis Underwood. While Underwood was subsequently written out of the show, it paved the way for the character’s wife, Claire (Robin Wright) to step into his shoes.

“Claire Underwood was always there. It was always destined that she would become equally or more ruthless than Francis,” said Robin Wright, speaking at Netflix APAC Slate 2018. Replacing Spacey also meant that Wright had the opportunity to do more than her fair share of directing. “When David Fincher began making House of Cards in 2013, he came out with a set of rules,” said Claire, “We could never use a steadicam or a hand-held (camera), or the colour red. It was good to have these restrictions that Fincher laid down for us. It helped us with the framework.”

Ask Wright what she will miss the most about playing Underwood though, and the response is immediate: “Her clothes and her shoes”.

The high point in Wright’s House of Cards journey came last year, when she won an Emmy for her portrayal of Claire. “But I could say goodbye to the character, because I knew you had to put the character to bed,” added Wright. 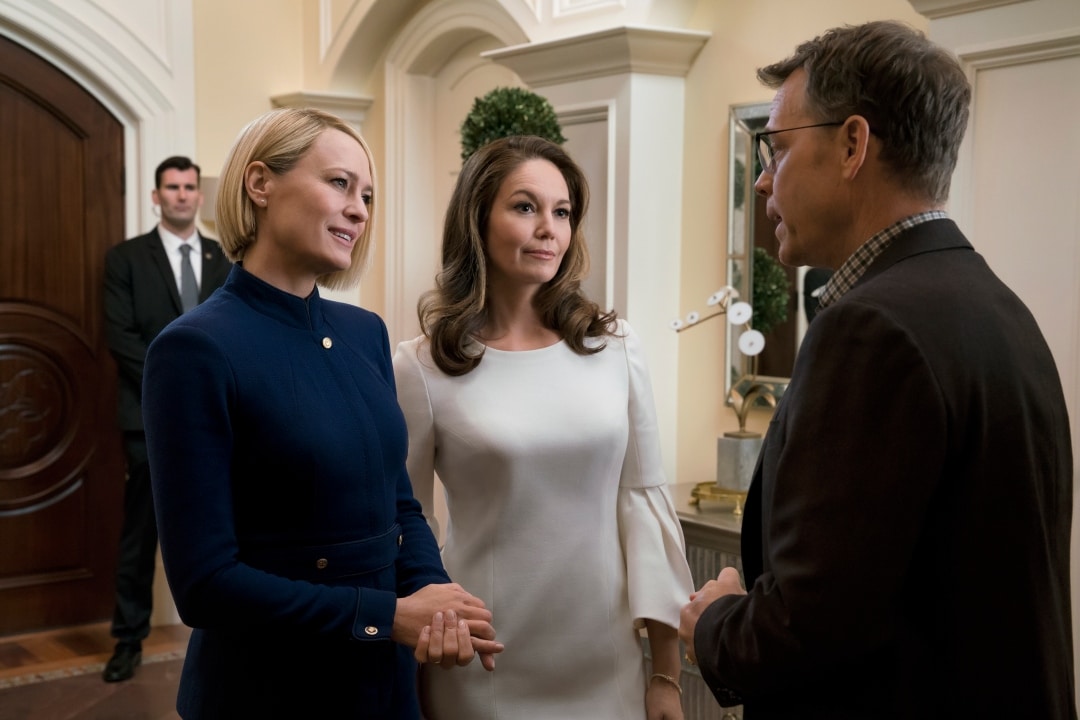 The actor-director also revealed that parts of the show were improvised by actors on set, “Michael Kelly (who plays the role of Douglas Stamper) and I would be filming, and he would improvise following which I would too. And then we would say, “Let’s go back and do that all over again”.” Wright added that she would focus on direction, for the moment. “House of Cards feels like a six-year-long movie,” she added.

When Netflix released House of Cards in 2013, the show changed the manner in which viewers consumed television content.

The show was Netflix’s first attempt at releasing all episodes of a season in one go. “Watching all episodes in one go wasn’t heard of before,” said Ted Sarandos, chief content officer, Netflix, “House of Cards, in that sense, was the grandfather of on-demand television.”

Have you signed up for Primo, our daily newsletter? It has all the stories and data on the market, business, economy and tech that you need to know.
Tags Douglas Stamper emmy House of Cards kevin spacey netflix Netflix APAC Slate 2018 Robin Wright Ted Sarandos
Published : November 09, 2018 09:52 AM IST