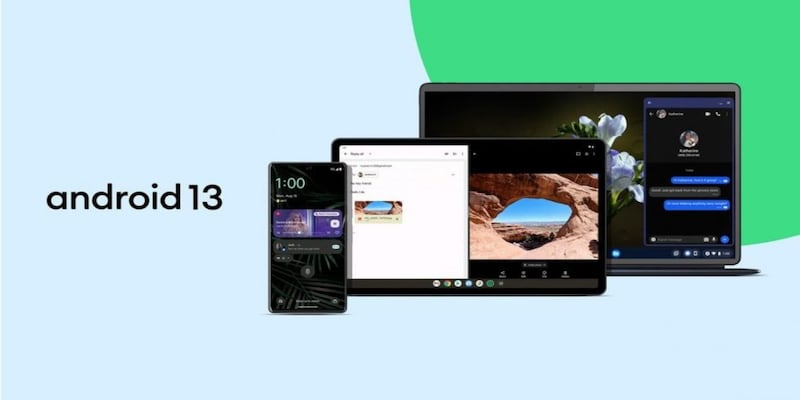 The Android 13 update is now live for Google Pixel devices with some interesting updates. Google said that other Android phones will receive the update later this year.

Android 13 has arrived for Pixel devices starting today and the annual update is way earlier than it was expected, considering Android 12’s release in October 2021 and Android 11’s release in September 2020. Google has confirmed that Android 13 is also available on the Android Open Source Project.

The latest Android is not going to have as many major visual upgrades as Android 12, but the listed features look promising enough to make the Android experience better. Google is also doing its best to provide a tight-knit ecosystem, like that of Apple, for a seamless workflow across Android phones, tablets and Chromebooks.
In a blog post on Monday, Google introduced the Spatial Audio for supported headphones that enable head tracking. The tech giant also announced previously that it would be updating the Pixel Buds Pro to offer support for Spatial Audio.
Along with that, Android 13 “adopts Bluetooth Low Energy (LE) Audio, a new Bluetooth audio standard that results in lower latency than classic audio. This allows you to hear audio that’s in better sync with the sound’s source, reducing delay”.
Android 13 will also allow users to copy and paste content across phones and tablets. You can copy something on one device and paste it on another to ease multitasking. Another interesting feature is message streaming on Chromebooks which will let you send and receive messages from your laptop.
Also Read: Google Pixel 6a Review: Pixel Perfect — almost
Google has also updated the security of the new Android. Now, you will not have to share your entire library with an app and can select only the specific photos and videos they’ll need to access. The clipboard access has been limited as well and will wipe itself after a given period of time so that your personal information like email address, phone number or login credentials are safe on your device.
The most prominent visual upgrade on the Android 13 is the customisation of non-Google apps to match your phone’s wallpaper theme and colours. The media player has also received an update that tailors its look and feel. For example, when you’re listening to music, the media player spotlights album artwork and has a playback bar that dances as you progress through a song. It even works for media played through Chrome.
People who speak for more than one language will now be able to assign specific languages to individual apps so they can keep their phone’s system in one language, and have individual apps in a different language.
Samsung Galaxy, Asus, HMD (Nokia phones), iQOO, Motorola, OnePlus, Oppo, Realme, Sharp, Sony, Tecno, Vivo, Xiaomi and others will be receiving the update later this year.
Also Read: DigiYatra app launched at Delhi airport for faster check-in: All you need to know
Check out our in-depth Market Coverage, Business News & get real-time Stock Market Updates on CNBC-TV18. Also, Watch our channels CNBC-TV18, CNBC Awaaz and CNBC Bajar Live on-the-go!