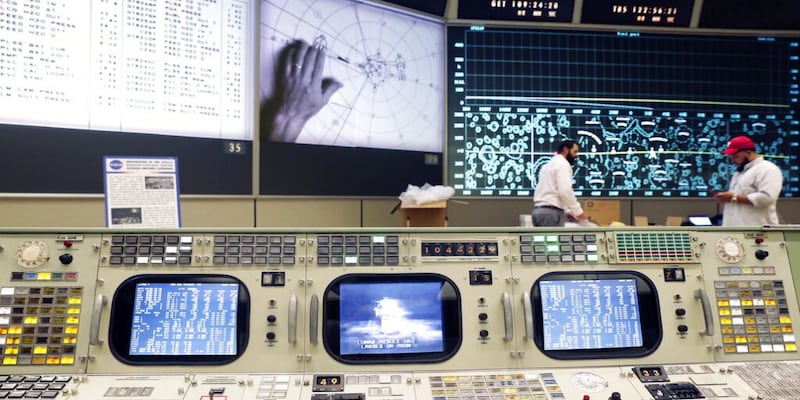 The technology sector has been pushing toward renewable energy, securing sustainable electricity deals to power large data centres. At present, the energy use of all data centres is a little over 200 TWh/yr. Only 22 nations across the globe use more energy than this.

The initiative aligns with Google’s pledge to operate on carbon-free energy by 2030. Google turned carbon-neutral in 2007.
But this is not the only step that Google and its ilk have taken to become carbon neutral by 2030.
Data centres use huge amounts of power
A Forbes report in May said big tech needed to add at least 20 gigawatts (GW) of nuclear energy generation capacity or 40 GW of renewable energy or 30 GW of mixed within the next nine years.
Tech giants like Amazon, Google, Microsoft, Apple and Facebook require huge amounts of electricity for their data centres, which use power to cool their servers.
According to a Financial Times report, the combined power usage of the top five tech companies is more than 45 terawatt-hours a year. As the use of artificial intelligence and machine learning goes up, this amount is set to grow. At present, the energy use of all data centres is a little over 200 TWh/yr. Only 22 nations across the globe use more energy than this.
Also Read | Climate Crisis Faq: What Is Carbon Neutrality, Net-Zero Emission, Climate Positive?
In the last decade, there has been a rise in extremely large data centres owned or contracted by large tech companies like Facebook, Amazon, Microsoft, Google, and Apple, Arij van Berkel, vice-president at Lux Research, told Forbes.
“While the information technology sector as a whole has seen very modest increases in electricity consumption, these companies have seen an average year-over-year increase in electricity consumption of 20 per cent, reaching as high as 43 per cent in some years,” Berkel said.
Also Read | Data Centre A Billion-Dollar Opportunity In India, Seeing Positive Traction: Abb India
Electricity shortage in China
The ongoing energy crisis in China could crimp the global economy that is struggling to counter the impact of the pandemic, Bloomberg reported on Friday.
China’s electricity shortage could impact the tech world as well, given that China is the world’s biggest production hub of gadgets like iPhones and gaming consoles. It is also a major centre for the packaging of microchips used in vehicles and appliances. If the situation in China worsens, it could affect production at companies like Dell Technologies and Sony Group which are already reeling under the pressure of a global chip shortage.
Power purchase agreements
Tech firms have been under pressure from governments and civil groups to reduce or eliminate their carbon footprint.
In a bid to ensure their investments reduce emissions, the technology sector has been pushing toward renewable energy, securing sustainable electricity deals to power large data centres.
In June, Amazon committed to buying 1.5 GW of production capacity from 14 new solar and wind plants around the world to cover its activities by 2025, the Wall Street Journal said.
Google plans to align its consumption with renewable energy hour by hour, the report said. The company is trying to use carbon-free energy from electrical grids at times of peak demand.
Last year, Facebook said it was striking new power deals to feed its growing energy use. In 2020, the social media giant’s electricity use rose 39 per cent, according to its annual sustainability report.
Although not yet disclosed, Microsoft is said to possess power-purchase deals that will make it one of the world’s biggest green-energy buyers.
According to research firm BloombergNEF, Amazon, Google, Microsoft, and Facebook are among the top six largest corporate buyers of publicly disclosed renewable energy purchase agreements. They make up about 30 per cent, or 25.7 GW, of the total from global companies. Amazon is the largest corporate purchaser across the globe.
Also Read | Adani, Ril, Tata Bet Big On Green Energy
Google, Microsoft and Amazon are also investing in energy start-ups.
Climate experts believe the best way forward is a mix of renewables and nuclear to decarbonise in time. However, most tech firms are yet to embrace small modular nuclear reactors.
One question that still haunts big techs is if these power purchases will replace power from carbon-emitting plants or add more power to feed the growing global energy consumption.
The Forbes report suggests power purchase agreements will not be sufficient in the future. Big techs will have to offer more value-added services such as providing energy management solutions catered toward their data centres to reach their target.
(Edited by : Anilkumar Narayan)
Check out our in-depth Market Coverage, Business News & get real-time Stock Market Updates on CNBC-TV18. Also, Watch our channels CNBC-TV18, CNBC Awaaz and CNBC Bajar Live on-the-go!