Elon Musk shares Halloween photo of his dog and Dogecoin gains around 26 percent; wonder why?

Elon Musk shares Halloween photo of his dog and Dogecoin gains around 26 percent; wonder why? 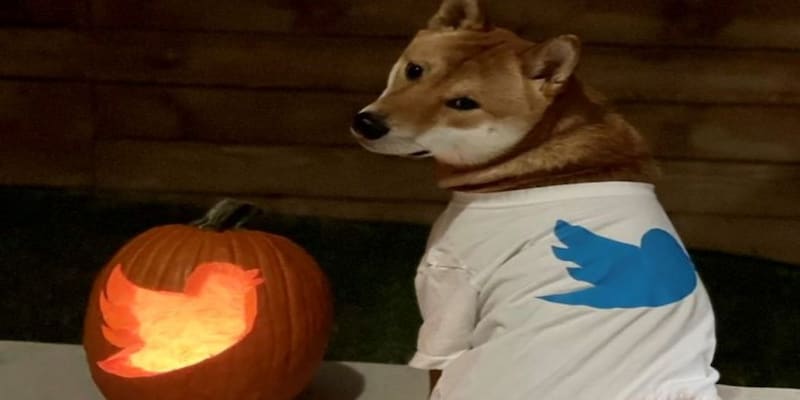 Many users speculated that a link between Twitter and Dogecoin might be on the cards. Due to this, Dogecoin gained around 26 percent shortly after Musk posted the tweet. The meme token was trading at $ 0.12 at 9:46 am on Tuesday, just before Musk's tweet and it gained 25.90 percent and peaked at $0.147 at 11:55 am after the tweet, as per a Business Today report.
ALSO READ:
“F*** that,” snaps Stephen King amid '$20 per month for Twitter blue tick' rumours
The billionaire's post has got a lot of attention and users are speculating about the different meanings of the tweet in the comments section.
“Great picture Elon. Dogecoin being added to Twitter as a payment option for Twitter Blue would be great,” wrote a user.
Another user said, “Dogecoin and Twitter are meant for each other.”
In a separate tweet, Musk shared a picture of his Halloween outfit posing alongside his mom, Maye Musk, and Brooke Wall, founder and CEO of The Wall Group.

Halloween with my Mom pic.twitter.com/xOAgNeeiNN

Musk hasn't revealed who he is dressed as, but as per an HT report, his Halloween outfit is listed on a New York-based store, Abracadabra, as 'Devil's Champion – Leather Armor Set'.
The Tesla CEO will be serving as the CEO of the platform, and in a filing, he revealed that he had become the sole director of Twitter after the takeover.
Musk is reportedly going to make several changes to Twitter, including the introduction of a $20 charge for users to retain their blue tick, increase the character length, create new moderation policies and more.
(Edited by : Sudarsanan Mani)
Check out our in-depth Market Coverage, Business News & get real-time Stock Market Updates on CNBC-TV18. Also, Watch our channels CNBC-TV18, CNBC Awaaz and CNBC Bajar Live on-the-go!