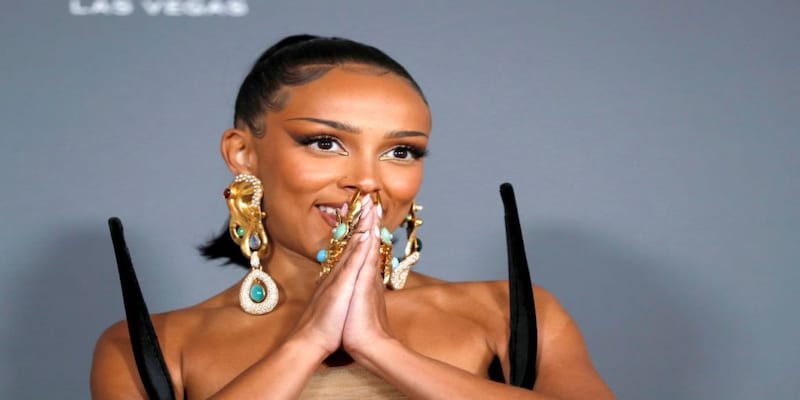 Doja Cat had changed her name to ‘Christmas’ on Twitter. But she is now stuck with it due to the changes introduced by Elon Musk after his takeover of the microblogging site.

After the $44-billion takeover of Twitter, Musk announced that a change in a Twitter user's screen name would lead to the temporary loss of a checkmark. With the $8 Twitter Blue subscription now live, Doja Cat is unable to switch back to her old screen name.
Taking to Twitter, the Say So performer on Wednesday evening said: “I don’t wanna be christmas forever @elonmusk please help I’ve made a mistake.”

Twitter's new owner responded to Doja Cat's tweets, assuring her that a fix was on the way.
ALSO READ:
Elon Musk hosts Q&A in Twitter Spaces: A peep into some key changes
“Working on it!” Musk told Doja Cat. He later added “pretty funny though” referring to the situation.

A few minutes later Doja Cat attached an audio clip on Twitter which was just a six-second sigh.
Even as she dealt with the issues with her Twitter account, the 27-year-old rapper and singer continued to interact with fans and followers on Instagram. She shared several shots to her account on Wednesday on the Meta-owned platform.
ALSO READ: With Elon Musk's new plans, will Twitter become the next Instagram? Here's what experts believe
In the snaps, Doja Cat shared pictures of her new eyeshadow palette while posing for the camera.
The performer wore an all-black outfit with an oversized jacket and a set of knee-high boots. She was also seen in a multi-coloured bodysuit.
Doja Cat is not the only celebrity to criticise Musk over the new Twitter payment scheme. Several celebrities have quit the social media platform or have threatened to leave, including actor Whoopi Goldberg.
ALSO READ | Twitter layoffs: One employee receives anniversary gift after being fired, another laid off for helping others
(Edited by : Sudarsanan Mani)
Check out our in-depth Market Coverage, Business News & get real-time Stock Market Updates on CNBC-TV18. Also, Watch our channels CNBC-TV18, CNBC Awaaz and CNBC Bajar Live on-the-go!