The short-video app continues to be a hot battleground in India. The Chinese app ban coupled with the lockdown provided tailwinds for many homegrown apps and players. However, one of the most popular apps on Google Play with more than 100 million installs is a short video application called Snack Video. The app has been ruling the Play Store for several weeks and hit 100 million installs in August 2020, according to AppBrain. 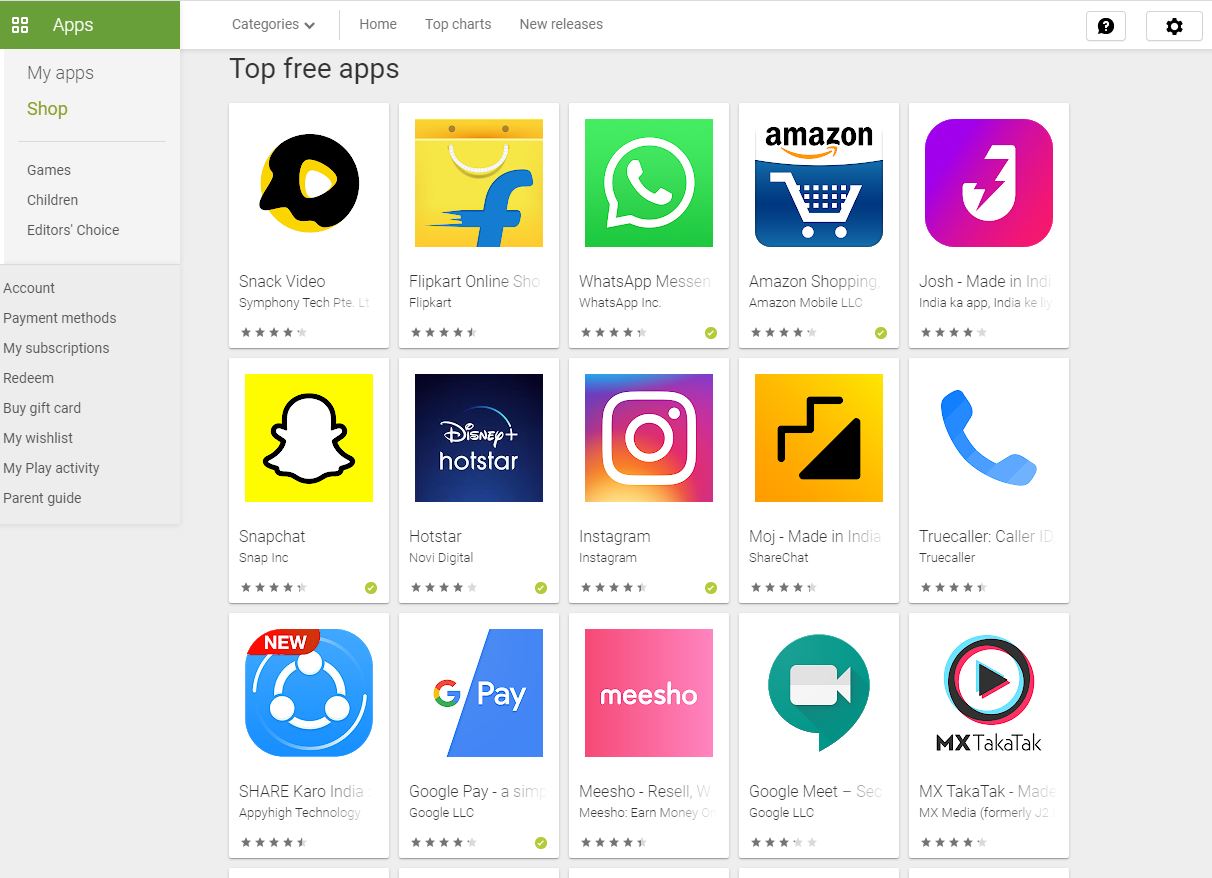 WHAT IS SNACK VIDEO? Snack Video is an app developed by Symphony Tech Pte. Ltd., a Singapore-based entity which is owned by Beijing Kuaishou Technology. The parent company Beijing Kuaishou build a video platform in China called Kuaishou or Kwai in 2018 with the aim of competing with TikTok in China.

According to a Financial Times report in September, Tencent-backed Kuaishou is now preparing to raise $5 billion (at a valuation of around $50bn) in a Hong Kong listing.

Snack Video was developed as an international offering of Kwai in August 2019. Kuaishou is also the company behind video-sharing app called Zynn which was removed from Apple’s App Store and Play Store for flouting rules and accusations of plagiarism.

THE APP BANS IN JUNE & JULY

Interestingly, Kwai was listed number 3 on the first list of the 59 Chinese apps that were banned in June this year by the government of India citing security and privacy concerns.

This list included several popular apps including video-sharing app TikTok, file-sharing app SHAREit, UC Browser, messaging platform WeChat, among others. Tech giants Google and Apple blocked access to all the listed apps and removed it from their respective stores. This cleanup drive was followed by another round a month later in July, where the government banned 47 more apps, including popular gaming app PUBG and a large number of clones of the apps that were banned previously.

Back then an official source highlighted that if any app in the banned list is found to be made available by the company through any means for use within India, directly or indirectly, it would be construed as a violation of the government orders.

Is Snack Video in violation of this order? Back in June Kwai announced via an app notification that its services will no longer be available in India, according to an Entrackr report in June.

While the application was no longer available on India’s versions of the Google Play Store, but the mobile website (http://www.kwai.com/) was pulled down just today. According to digital policy think-tank, Centre for Digital Economy Policy Research (C-DEP), up until yesterday when a user clicked on the Google Play Store icon on this mobile site, it automatically redirected a user to Snack Video app’s Play Store page.

Even now a simple search on Google Play Store will show you traces of Kwai even in the URL on the app (https://play.google.com/store/apps/details?id=com.kwai.bulldog&hl=en_IN&gl=US). C-DEP has now reached out to the Ministry of Home Affairs and MEITY alleging that Snack Video is a mirrored offering of the banned application Kwai in India. In the letter sent to the government, the think-tank has urged the government to “take action as may be necessary in this area”.

Jaijit Bhattacharya, President, C-DEP told CNBC-TV18, "In the interest of national security, the government had taken a much needed step of banning apps from adversarial nations. However, the nature of digital is such that it is easy to bring back such apps in different forms, and hiding the nationality of the apps. It is the duty of the civic society to flag such intrusions into the Indian app ecosystem."

CNBC-Tv18 has reached out to Snack Video with queries via mail, but has not received any response yet.