Hackers are becoming more brazen, and inventive, by the day in choosing and attacking their targets. According to studies, India ranks 10th globally in the number of ransomware attacks, with the United States, Canada and the United Kingdom taking the top three spots. One in four Indian organisations suffered a ransomware attack in 2021, which was higher than the global average of 21 percent. Of the targeted organizations, 30 percent suffered a significant business disruption after the attack. How can companies protect themselves in such situations?

Zero-day attacks, ransomware, corporate espionage, disgruntled employees compromising internal data — there's no shortage of threats faced by today's companies. Their IT or tech team is always scrambling to put out a 100 little fires everywhere — some caused by malicious actors and some by a simple, off-the-shelf lack of awareness.
In such an evolving, riskier-by-the-day scenario, it is more important than ever to ensure companies protect their core data.

As the saying goes, data is the new oil.

"The primary cause of these challenges is that today, data lives in more places than ever before," says Rajesh Dhar, Senior Director — Infrastructure Hardware Growth, Hewlett Packard Enterprise, India.
While hackers are becoming more brazen and inventive by the day, in choosing and attacking their targets, in case of ransomware attacks, some companies that are vulnerable say they have either paid, or are ready to pay, the ransom to get their data back. Surprisingly, many of the same companies also said they have to plans to upgrade, or strengthen their security infrastructure.
According to Palo Alto Networks' 'Unit 42 Ransomware Threat Report, 2022',  America is the most-targeted region for ransomware attacks, followed by Europe, Middle East, and Asia, with Asia-Pacific coming up third. According to the same report, India ranks 10th globally in the number of ransomware attacks, with the United States, Canada and the United Kingdom taking the top three spots.
The "2022 Thales Data Threat Report" claimed that one in four Indian organisations suffered a ransomware attack in 2021, which was higher than the global average of 21 percent. Of the targeted organisations, 30 percent suffered a significant business disruption after the attack, the report claimed.
"At any given point, businesses store huge volumes of precious information across on-premises, public cloud, private cloud and other SaaS applications which can prove to be increasingly complex," Dhar explains, adding that this move to cloud has created a serious challenges for IT organisations as it creates data silos, which are among the biggest obstacles to data protection.
This data may become siloed because of location, data type, data owner, and many other factors, he explains. 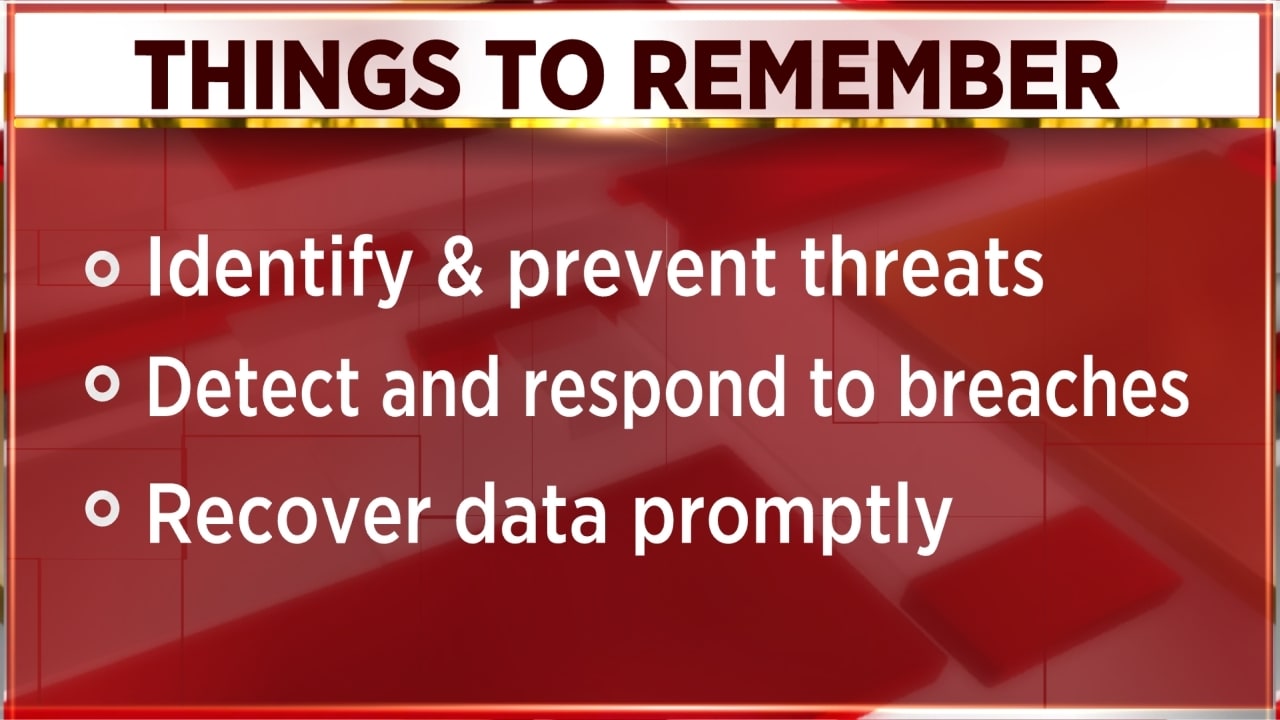 While these statistics are alarming, Dhar says, they illustrate the need for modern data protection solutions — such as HPE's own GreenLake Platform — to address the increasing and evolving threats. "GreenLake cloud platform, offers a unique edge-to-cloud architecture that empowers organisations to harness the power of all their data," he adds.
"Traditional legacy backup appliances and strategies aren’t made for today’s dynamic and distributed business environment. They are time consuming and costly to manage," Dhar explains.
Just this year, major companies like NVIDIA, Samsung and Microsoft were hit by data breaches, in which gigabytes of sensitive information was leaked.
"Companies, however big, need to ensure that they avoid basic mistakes that lead to data — include poor management of access credentials, little or minimal security awareness trainings, reliance on silver-bullet security solutions, among others," Dhar adds.
Also read:
SpiceJet's brush with ransomware is a timely reminder to protect yourself against this cyber menace
To tackle this, Ram Vaidyanathan, cybersecurity evangelist at ManageEngine, the enterprise IT management arm of Zoho Corp, advocates "Zero Trust" — a philosophy under which a company's employees, regardless of their position and the number of years they spend working there, are treated as a potential threat actor (for security purposes only) and are only given access to data that is necessary for their daily responsibilities.
"The kind of security we had to protect against ransomware attacks is not going to be enough anymore," says Ram, adding that the issue is compounded by the move to cloud, as now, a company's data is not restricted to a geographical perimiter.
"Earlier, companies had firewalls guarding their core data as it was confined to their premises, and once employees got in, they were 'trusted'. But that is is not the case anymore, as with the move to cloud, we don't know where a company's boundary is," says Ram.
And this is where "zero trust" comes in. "All it means it you get the right kind of controls and the right kinds of checks and balances before you give the access to data," he explains.

One way to prevent rogue employees from causing serious damage is "the principle of least access", which, as Ram explains it, is granting just enough access to enable an employee to do his or her job. "There is also just-enough-access — basically, giving access for only the period of time necessary," Ram explains.

"Data has quickly emerged as an essential catalyst for revenue generation in the digital era of business," Dhar adds.
As a result, every organisation, in a bid to scale revenue and profitability, generates increasingly larger volumes of data from a wider variety of sources, leading to a proportional increase in the difficulty of protecting this data along with maintaining regulatory compliance.
"The threat of sophisticated malware and ransomware attacks is only growing, but IT organisations are spread too thin and too burdened with outdated technology," he adds.
What's the solution? "Businesses are increasingly turning to cloud backup solutions — but they are still complex, requiring add-on gateways, and virtual appliances. They are still just an insurance, restricted to an organisation restoring and using its data," Dhar adds.
Enter hybrid cloud solutions.
"Hybrid cloud solutions allow for greater flexibility — businesses can store their most sensitive data in secure, on-premise data centres and use public cloud storage to easily and quickly process and analyse less-sensitive data," he adds.

A hybrid cloud’s centralised management makes it easier to implement strong technical security measures such as encryption, automation, access control, orchestration, and endpoint security so you can manage risk effectively.

The end result of any cyber attack is the company's website or servers going down, and this bears a serious cost to the organisation.
"The cost of downtime often includes the risk of losing customers, data loss, lost revenue, and a negative impact on the business’ reputation," Dhar explains.
"Therefore, given the 24x7x365 nature of today’s businesses, it is imperative for companies to invest heavily in protection against such downtimes to efficiently meet customer demands at all times," Dhar says, adding, "Adoption of the right data protection strategy along with appropriate technology and implementation policies is critical."
ManageEngine too offers a whole suite of 90 kinds of software to enterprises on a subscription model, with the company providing year-round support to ensure their solutions work seamlessly.
But ultimately, nothing beats raising awareness at both the company and employee level.
As Ram puts it, "at the end of the day, all a bad actor needs is that one employee they can exploit to execute their attack".
Also read: 76% Indian companies suffered ransomware attacks in 2021, many paid extortion, finds survey
Check out our in-depth Market Coverage, Business News & get real-time Stock Market Updates on CNBC-TV18. Also, Watch our channels CNBC-TV18, CNBC Awaaz and CNBC Bajar Live on-the-go!