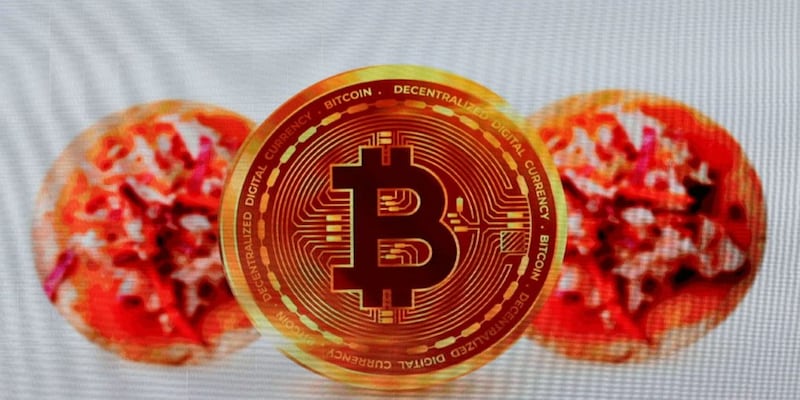 According to the official event website, it is the largest congregation of Bitcoin protagonists, featuring 35,000 attendees, over 450 speakers, 3,000+ companies, and 100+ artists over four days.

Miami has gradually become a hub for the development of blockchain technology. It has its own CityCoin, the first US city to have one. It was also chosen as the first location outside the EU to implement a decentralised air-quality monitoring network hosted on the Algorand Blockchain.

And finally, it is also playing host to this year's Bitcoin Conference. According to the official event website, it is the largest congregation of Bitcoin protagonists, featuring 35,000 attendees, over 450 speakers, 3,000+ companies, and 100+ artists over four days. Let's take a look at some of the highlights from Day 1 of the Bitcoin Conference 2022:
Main Conference Day 1:
Rather than focusing only on Bitcoin, Day 1 or ‘Industry Day’ was full of general crypto discussions and how the Lightning Network compares with stablecoin operations. However, the general public was not allowed to attend these discussions in person and had to make do with a video feed on YouTube.
Also Read: Bitcoin Pizza Day and the astounding story behind it
Miami Mayor Francis Suarez, a crypto-friendly mayor, opened the day with his speech. Speaking about Bitcoin, he stated that the next President of the USA needs to be more "pro-Bitcoin." "What's at stake is federal legislation that can propel us into the next generation or set us back," he said.
The most significant development of Day 1 was El Salvador President Nayib Bukele cancelling his visit due to "unforeseen circumstances". "I have just made the hard decision of cancelling my participation in the conference due to unforeseen circumstances in my home country that require my full-time presence as President of a Nation," read President Bukele's letter.
Later on in the day, Jack Mallers, CEO of Strike, announced a partnership with Shopify, NCR, and the Blackhawk Network – the three global payment-system leaders - to enable Bitcoin transactions at outlets all over the USA.
Also Read: How is Bitcoin different from Bitcoin cash?
"You're going to be able to walk into a grocery store, to Whole Foods, to a Chipotle; if you want to use a Lightning node over Tor, you do that," said Mallers on stage.
"Any online merchant that uses Shopify can accept payments without the 1949 boomer (credit card) network, receive it instantly, cash final, no intermediary, no 3% fee," he continued. Mallers also added that he was working closely with Senator Cynthia Lummis to ensure that any opposition doesn't thwart the establishment of this new payment system.
The next big highlight was the address of Ricardo Salinas, the third wealthiest man in Mexico and an ardent Bitcoin advocate. He expressed concerns regarding the issues with the conventional financial framework.
He emphasised the term 'fiat fraud' wherein he said that institutions were eroding investor wealth under the pretext of generating value by reducing the value of the currency they are dealing in. "Unfortunately, it's curtains for the US. Sell your shitcoins, and buy bitcoin," he boldly said. He even revealed that 60 percent of his portfolio was purely Bitcoin.
Also Read: How does Bitcoin work as a hedge against inflation?
Cash App announced three new products wherein users receiving payments in Bitcoin would be able to invest a part of their pay in cryptocurrencies. They would be allowed to choose between 1% to 100% of their pay-check value.
Secondly, Cash App will also factor in micropayments and incorporate spare change into its ecosystem by allowing users to auto-invest such small amounts. And lastly, Bitcoin transactions over the Lightning Network would require no confirmation, and funds would get transferred seamlessly.
More interestingly, multiple geographies announced the adoption of Bitcoin as their respective legal tenders. Prospera in Honduras, Madeira of Portugal, and Mexico were the three regions to make this announcement. Prospera even went to the extent of doing away with capital gains tax on cryptocurrency.
MicroStrategy chief Michael Saylor welcomed President Biden's executive order and said it was the equivalent of "the President of the United States giving the green light to Bitcoin." "I think that Bitcoin should be taking a victory lap for what happened here just in the past few weeks in the U.S. government," he said. He even lauded Cash App and crypto exchange Kraken for enabling the Lightning Network as he encouraged viewers to take advantage of the efficient system.
Crypto exchange Robinhood also announced that it had added support for the Lightning Network. The exchange stated that transaction fees on Bitcoin "are too damn high," and they are slowing down adoption drastically. It allowed transacting in pennies instead of dollars and promised a reduced carbon footprint as well.
Also Read: How cryptocurrencies are changing the face of charity
PayPal founder Peter Thiel stole the show with two acts that attracted mixed responses. He took out wads of $100 bills and began offering them to random attendees as he attempted to explain the difference between fiat currency and cryptocurrency. While the crowd eagerly reached out to grab the money, he took a jibe at them, saying, "I thought you guys were supposed to be Bitcoin maximalists.
Secondly, as a Bitcoin champion, he called Berkshire Hathaway chief and ace investor Warren Buffet a "sociopathic grandpa," referring to his criticism of Bitcoin investments. Thiel added that he expected Bitcoin prices to surge a hundred-fold from the current price. He even criticised Jamie Dimon at the helm of JP Morgan, who had earlier labelled Bitcoin as "worthless". "The central banks are going bankrupt. We are at the end of the fiat money regime," he said.
Day 2, i.e., Friday, April 8th, 2022, will feature some more key speakers such as Senator Cynthia Lummis, Adam Back (CEO of Blockstream), Nic Carter (co-founder of Coinmetrics.io), Jameson Lopp (co-founder and Chief Technology Officer at Casa, the Bitcoin security firm.)
(Edited by : Jomy Jos Pullokaran)
Check out our in-depth Market Coverage, Business News & get real-time Stock Market Updates on CNBC-TV18. Also, Watch our channels CNBC-TV18, CNBC Awaaz and CNBC Bajar Live on-the-go!