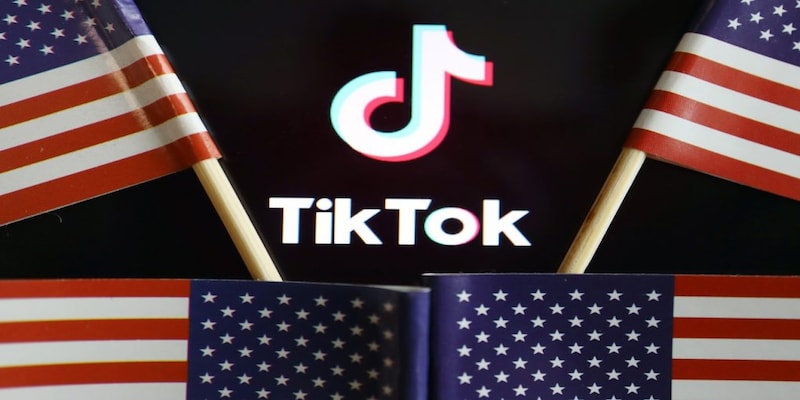 A court filing Wednesday said the US Commerce Department is reviewing whether Trump’s claims about TikTok’s threat to national security justified the attempts to ban it from smartphone app stores and deny it vital technical services.

The Biden administration is backing off former President Donald Trump’s attempts to ban the popular video app TikTok, asking a judge to postpone a legal dispute over the proposed ban as the government begins a broader review of the national security threats posed by Chinese technology companies.

A court filing Wednesday said the US Commerce Department is reviewing whether Trump’s claims about TikTok’s threat to national security justified the attempts to ban it from smartphone app stores and deny it vital technical services.
Separately, the Biden administration has indefinitely shelved a proposed US takeover of the TikTok, according to a Wall Street Journal report. Last year, the Trump administration brokered a deal that would have had US corporations Oracle and Walmart take a large stake in the Chinese-owned app on national-security grounds.
The unusual arrangement stemmed from a Trump executive order that aimed to ban TikTok in the US unless it accepted a greater degree of American control.
White House press secretary Jen Psaki did not deny the Journal report but said Wednesday the Biden administration hasn’t taken a new proactive step in the process.
Psaki added that the Biden administration is comprehensively evaluating risks to US data, including those involving TikTok. A review of TikTok by the Committee on Foreign Investment in the United States, which considers national security implications of such investments and has been reviewing the TikTok deal, is ongoing, Psaki said. She did not offer a timetable for that process.
Trump targeted TikTok over the summer with a series of executive orders that cited concerns over the US data that TikTok collects from its users. But courts blocked the White Houses' attempted ban from going into effect, and the presidential election soon took precedence over the TikTok fight for Trump.
While President Joe Biden has said TikTok is a concern, his administration hadn’t said whether it will continue to try to ban TikTok or force a sale.
The Biden administration appears to be creating a clearer set of criteria to evaluate which Chinese technology platforms pose a legitimate security risk to Americans, said Samm Sacks, a China expert at Yale Law School.
I don't think they see TikTok itself as a high-priority issue, she said, calling it a hypothetical future threat. This one-off ban on a rotating cast of Chinese tech companies, that's not likely to continue.
In September, Trump gave his tentative blessing to a proposal by TikTok's Chinese owner ByteDance that would form a new US arm of TikTok in partnership with Oracle and Walmart, who would make significant investments in new company. The arrangement aimed to hand management of the app’s US user data to Oracle. CFIUS, however, has not completed its required review of the arrangement. A government deadline for TikTok to sell its US operations has passed.
TikTok is now looking to the US Court of Appeals for the District of Columbia Circuit to review Trump's divestment order and the government's national-security review.
TikTok and Oracle didn’t return requests for comment Wednesday. Walmart declined to comment Wednesday and referred questions to the Biden administration.
The Treasury Department, which chairs the CFIUS agency reviewing the TikTok deal, did not reply to a request for comment. Neither did the Commerce Department, which last year had sought to enforce Trump's orders, nor the Justice Department, which is handling the court challenges.
The Chinese government last year required ByteDance to apply for an export license, but its stance toward the deal now is unclear. State media in September criticized the proposal as US bullying and extortion.
Trump cited concerns that the Chinese government could spy on TikTok users if the app remains under Chinese ownership. TikTok has denied its a security threat but said it was still trying to work with the US government to resolve its concerns.
TikTok said Oracle and Walmart could acquire up to a combined 20% stake in the new company ahead of a TikTok initial public offering, which Walmart said could happen within the next year. Oracles stake would be 12.5 percent, and Walmarts would be 7.5 percent.
Where Oracle stood to handle data management, Walmart said it would provide e-commerce, fulfillment, payments and other services to the new company. TikTok said in a November court filing that the new entity, owned by Oracle, Walmart and ByteDance’s existing US investors, would be responsible for TikToks US user data and content moderation.
The Trump administration's aggressive tactics were part of a broader effort to counter the influence of China. During his term in office, Trump waged a trade war with China, blocked mergers involving Chinese companies and stifled the business of Chinese firms like Huawei, a maker of phones and telecom equipment.
Biden has so far taken a cautious approach to inheriting Trump’s China policies and hasn't promised to scale back or cancel tariffs and other combative measures.
Check out our in-depth Market Coverage, Business News & get real-time Stock Market Updates on CNBC-TV18. Also, Watch our channels CNBC-TV18, CNBC Awaaz and CNBC Bajar Live on-the-go!