Apple WWDC 2020: iPhone takes inspiration from Android and the Mac to use its own chips

Updated : June 23, 2020 08:37 PM IST
Apple is transitioning from Intel's silicon to its custom semi-conductor technology which it uses on the iPhone, iPad, Apple Watch, AirPods, and Apple TV.

The 2020 Apple Worldwide Developer Conference (WWDC) was expected to be a major event for its computing platforms - but the Cupertino-based tech giant turned everything up to 11. It announced major updates for iOS, iPadOS, watchOS, tvOS and macOS. iOS 14, its software for the iPhone, this year gets major user interface changes which are inspired by Google’s Android operating system, while the macOS Big Sur represents a massive visual overhaul of the iconic computing platform that popularised personal computers in the 1980s.

Apple is also reinventing the underlying microprocessor architecture for macOS based computers. For the first time in 15 years, Apple is transitioning from Intel's silicon to its custom semi-conductor technology which it uses on the iPhone, iPad, Apple Watch, AirPods, and Apple TV.

macOS Big Sur and the transition to new microprocessors 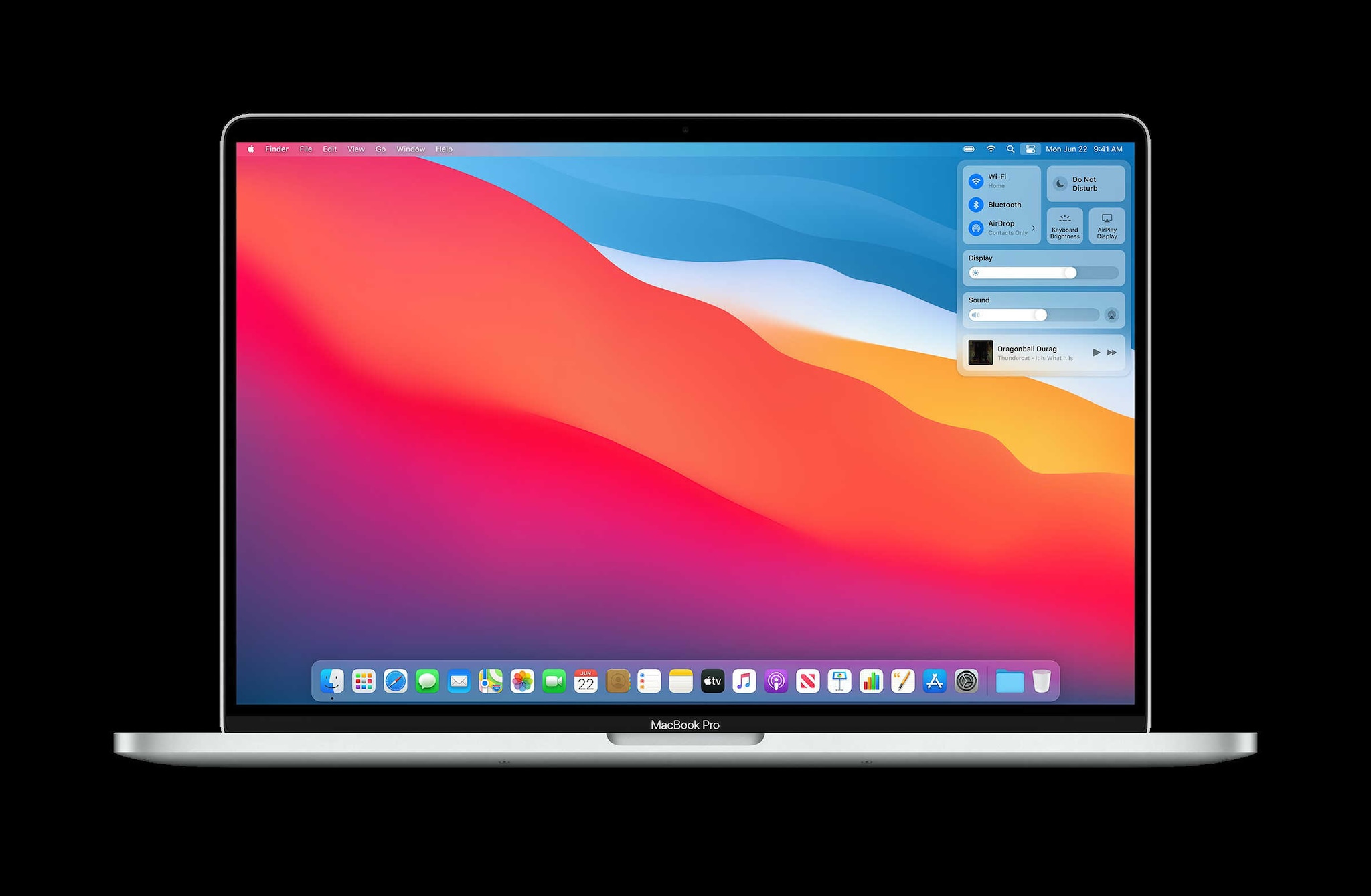 Apple showed the latest edition of the macOS dubbed "Big Sur", running on custom hardware which was powered by the A12Z bionic processor. It is the same chip at the heart of the latest iPad Pro. Apple even announced that software from big-ticket developers like Microsoft and Adobe were working on its new microprocessor technology. It showed an array of its applications including its pro apps -- Final Cut Pro and Logic Pro complied natively for this new processor technology. Furthermore, it even showed Microsoft’s Office applications and Adobe’s Photoshop photo editing suite running in a native optimised form.

It also announced a slew of technologies which will help developers make the transition to its custom silicon architecture. Universal 2 is a compiler which allows developers to recompile their apps in a way that they support both Intel’s microprocessor technology and Apple’s new chips. This is because Apple intends to support Intel-based Macs for years and even plans new Mac computers based on the architecture. It also intends to launch new Macs that use its chips later this year.

Rosetta 2 is the successor to bridge software Apple revealed 15 years ago when announcing the transition from IBM’s PowerPC processors to Intel. This new version of Rosetta will allow apps that are compiled for Intel chips to run on Apple’s silicon in an emulated environment with minimal performance blips. Apple showed pro-level software like Maya and a high-resolution game like Tomb Raider running on a Mac running Big Sur based on the A12Z Bionic chip that’s there on the iPad Pro.

Big Sur alone is a huge update for macOS which takes inspiration from iOS. It also adds a widget and user interface paradigm borrowed from iOS adapted for the Mac. It even adds features like control centre and new animations to the PC operating system. Apple has also updated core apps like Messages, the Safari web browser alongside a bunch of core applications to give a refreshed look at its oldest platform.

“macOS Big Sur is a major update that advances the legendary combination of the power of UNIX with the ease of use of the Mac, and delivers our biggest update to design in more than a decade,” said Craig Federighi, Apple’s senior vice president of Software Engineering. “With its modern and clean look, huge improvements to key apps including Safari, Messages, and Maps, and new privacy features, we think everyone is going to love the breakthrough experience that macOS Big Sur offers.”

Apple believes it can gain more performance with the new microprocessor architecture while also providing better security to its users. Intel, in the last decade, has had multiple stumbles with regards to performance gains and security which has left its multiple partners like Apple red-faced often.

Perhaps, unexpectedly, a bigger update was in store for iOS, now in its 14th edition. Many insiders believed that Apple had a tepid performance-centric update in the works with WWDC focusing more on the Mac transition.

Instead, Apple has introduced the most significant change to the core home-screen user interface of the iPhone since its inception. Apple has added two new core features that trade inspiration from Google’s Android operating system — called widgets and App Library. Widgets were already part of the iOS experience in a rudimentary way but now users can have dynamic widgets pop-up on the home-screen anywhere at any time in any shape or size. Users can also make a smart stack of widgets.

“iOS 14 transforms the most iconic elements of the iPhone experience, starting with the biggest update we’ve ever made to the Home Screen,” said Federighi.

For users who have tons of apps on their phones, a new feature called App Library will be helpful. It uses artificial intelligence to create stacks of big folder like widgets categorised based on the type and your likelihood of needing them. These changes are aimed at making the iPhone home-screen faster to browse.

Apple has also updated its Siri virtual assistant which now is smarter and has a new user interface. Its technology is also used to create a new app called Translate which can do Google Translate like conversational translations. Currently, though, it doesn’t support Hindi for Indians. Siri can also be used to send voice notes or dictate messages using speech as it processes the information on the device.

Core applications like Messages, Calls and Maps also have received upgrades. Messages take inspiration from WhatsApp supporting @ tagging to users, threaded conversations and staring of groups and important chats. Apple has redesigned the call screen user interface to make it less intrusive, while its Maps application is now better in a limited set of countries.

Apple is also now allowing third-party applications to be set as system defaults. A new feature called App Clips will allow users to download bits of apps that they don’t have installed on their phone to complete certain tasks at speed. These applets will also use Apple’s payment protocol for transactions.

Apple has also added a new feature called CarKey which will enable owners of BMW 5-Series vehicles to open and close their vehicles using the iPhone. Apple has designed a secure way of tracking and disabling vehicles and even sharing car keys digitally over messages.

iOS 14 also has a huge update for the AirPods. Apple’s high-end AirPods Pro now support spatial audio with support for Dolby 5.1, 7.1 and Atmos content. All AirPods will also smartly switch between Apple hardware.

iPadOS doubles down on the Apple Pencil

iPadOS 14 is essentially iOS 14 — but tuned and designed for the bigger canvas of the iPad. So it gets all the new features that iOS 14 gets — but predominantly, Apple has doubled down on the Apple Pencil.

Scribble is a new feature on the iPad which uses the Apple Pencil allowing users to write in any text field. This written text will be converted to typed text automatically using machine learning. Smart selection can be used to distinguish handwritten text from drawings and be cut and pasted in other documents. Data detectors will now recognise phone numbers, dates and addresses.

Considering the LiDAR on the new iPad Pro, Apple is also adding augmented reality (AR) at the centre of iPadOS 14. It has a new AR platform called ARKIT 4.

Apple has also optimised the iPadOS universal search allowing users to local practically anything on the device and even launch web pages from it. There is also a new compact new app design language for core apps like calls and Siri. Apart from launching a myriad of new watch faces that are inspired by classic analogue watches, Apple is also creating a way for users to share their custom watch face designs with their friends. New watch faces can also be discovered through the App Store. The highlight is a new chronograph pro watch face which includes a tachymeter to calculate speed based on time travel over a fixed distance. Developers can also now offer more complications per app.

Sleep tracking was a long-awaited feature which has finally come to the Apple Watch with this update. Apple is also adding a silent haptic alarm which will help users wake up. In the wake of the COVID-19 pandemic, Apple has also added a handwashing feature which will alert users on how to wash hands. The Apple Watch will now be able to detect if the user has washed his/her hand properly using the suite of sensors on the wearable.

There is an all-new workout app which now captures calorie exertion for dance using the heart rate sensor and accelerometer. It will even detect Bollywood dance routines.

Apple puts a major emphasis on the Home app which connects smart home appliances. It even now has a dynamic lighting system for smart bulbs based on time and day.