At the time, it was the most expensive phone and Apple was unable to make its name in the mainstream market. 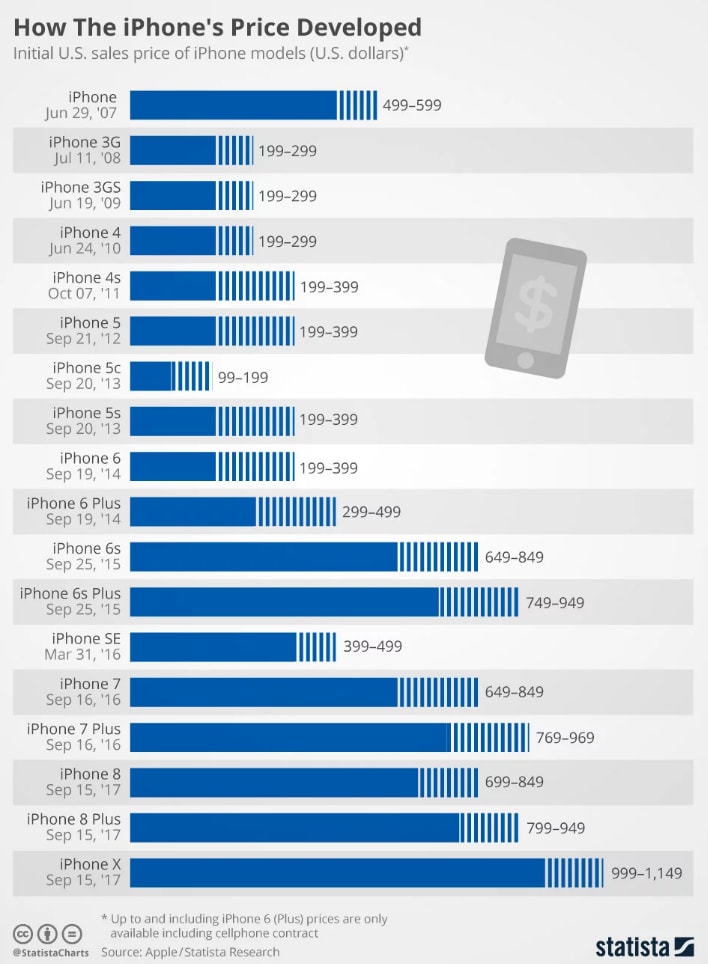 The prices of the iPhones had reached an all-time of $999 last year, with the launch of iPhone X, marking the ten-year anniversary of the tech firm. The most expensive variant of the iPhone X was as high as $1,149.

This was the first ever iPhone to have crossed the one-lakh mark in India, with a price tag of Rs 1,02,000 for the 256 GB variant.

Also read: Apple Watch Series 4: Here's how it checks your ECG on the go

The tech major in 2016 launched its economical iPhone model, iPhone SE, iPhone 7 and iPhone 7 Plus.

iPhone SE was launched with the starting price of $399, with its most expensive variant at $499.

Have you signed up for Primo, our daily newsletter?