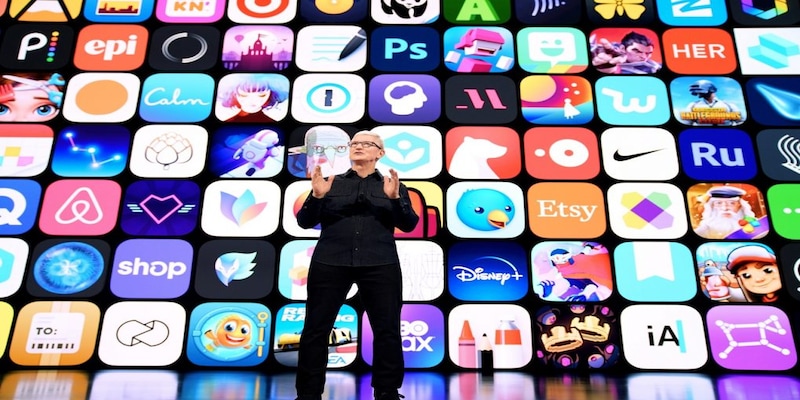 Labour lawyers say Apple move may be illegal as US law allows employees to discuss salaries. Apple engineer responds by launching her own self-funded survey.

Apple has prohibited its employees from participating in informal surveys and recently shut down three surveys. The surveys were about how much people make, particularly women and under-represented minorities. However, the company has shut down these surveys, citing stringent rules on how employees can collect data.

Several labour lawyers told The Verge that Apple might be violating worker protection under US law. The US law allows employees the right to discuss pay. Surveys in the US can be considered as a form of labour organising.
In the first survey, people were asked to share information regarding their salaries, how they identify in terms of race, ethnicity, gender, and disability. Nearly 100 responses were recorded. Apple’s people team had insisted that this survey be shut down, stating that demographic questions came under personally identifying information (PII).
The second pay equity survey created last week was again shut down as it included a question on gender. The third survey created did not mention any gender question but was again shut down as it was hosted on the company’s corporate Box account.
The People team, commonly known as human resources, had sent an information packet on “prohibitive surveys.” The information had detailed what surveys may not be conducted, such as data collection and health information. The information said
all requests for identifiable employee data must be submitted to the People team via the People Report Request Form.
This move prompted Cher Scarlett, an engineer working with Apple, to conduct a new survey on Typeform. In her tweet, she said she was paying from her pocket and had already garnered 500 entries.
Her survey read, “We want our colleagues and industry peers to have the knowledge of Apple’s pay bands and to give minoritized employees and prospective employees the confidence to negotiate fair wages and bonuses.”

Two pay transparency surveys have been shut down in the past 6 months at Apple. I won't be intimidated. We have the right to collect this data amongst ourselves.There's a new survey, voluntary and totally anonymous.The password is my status in Slack.https://t.co/fUr1DZ5Df1

Apple has always been in the dock when it came to gender equity pay. Apple CEO Tim Cook, during an investors meet two years ago, had said women at Apple made 99.6 cents for every dollar men made, while under-represented minorities made 99.7 cents for every dollar white employees made.
A report published later that year said the problems had been fixed.
In the UK, Apple’s mean and median gender pay gap for employees was 12 percent in favour of men, which is 5 percentage points below the overall gender pay gap in the UK. It is mandatory under UK law for companies to publish this data unlike in the US.
(Edited by : Shoma Bhattacharjee)
Check out our in-depth Market Coverage, Business News & get real-time Stock Market Updates on CNBC-TV18. Also, Watch our channels CNBC-TV18, CNBC Awaaz and CNBC Bajar Live on-the-go!