“Are you AMG ready?” campaign is targeted at young customers who have the desire of owning performance cars but at the same time use it for functional purposes, says Santosh Iyer of Mercedes- Benz India, in an exclusive interaction with Storyboard18.

The company has launched a new marketing campaign only for Instagram, leveraging AMG customers’ content-consumption pattern. The campaign video has been ideated and conceptualised by British photographer and filmmaker Rankin’s agency, Rankin Agency London.
Performance cars, as a category, did not exist till 2013-14 when Mercedes launched its global brand ‘AMG’ in India launching a range of performance cars. The company also set up AMG Performance centres in different parts of the country which has propelled the category with a 100% growth rate recorded last year which is much faster than the market.
In an exclusive interaction with Storyboard18, Santosh Iyer, vice-president, sales & marketing, Mercedes- Benz India shares that there is a big performance car enthusiast community which wants to drive these cars and use it for their daily commute.
Also Read
| Storyboard18 | Hamara Rahul Bajaj: It takes big men to recognize big ideas
“With the initial success, we thought it is the right time to tease the market and add the additional customers. “Are you AMG ready?” campaign is targeted at young customers who have the desire of owning performance cars but at the same time use it for functional purposes. This customer is young and does not have the wherewithal to own two kinds of cars,” he informs. Performance car TG
Iyer says that they have two sets of customers. The first one being the 35 to 40 years of customers primarily hailing from metros. In the last one year the company has also started seeing customers whose age profile is similar but they are coming from cities such as Jaipur and Coimbatore.
“Many of them are startup founders and entrepreneurs and they wish to enjoy life at a much earlier age. So, they are splurging and buying their performance cars which are also being localised now,” he notes.
Mercedes-Benz's choice to execute an Instagram heavy campaign comes from the fact that their TG is mostly present across social media platforms and 90% of their traffic comes from mobile phones. 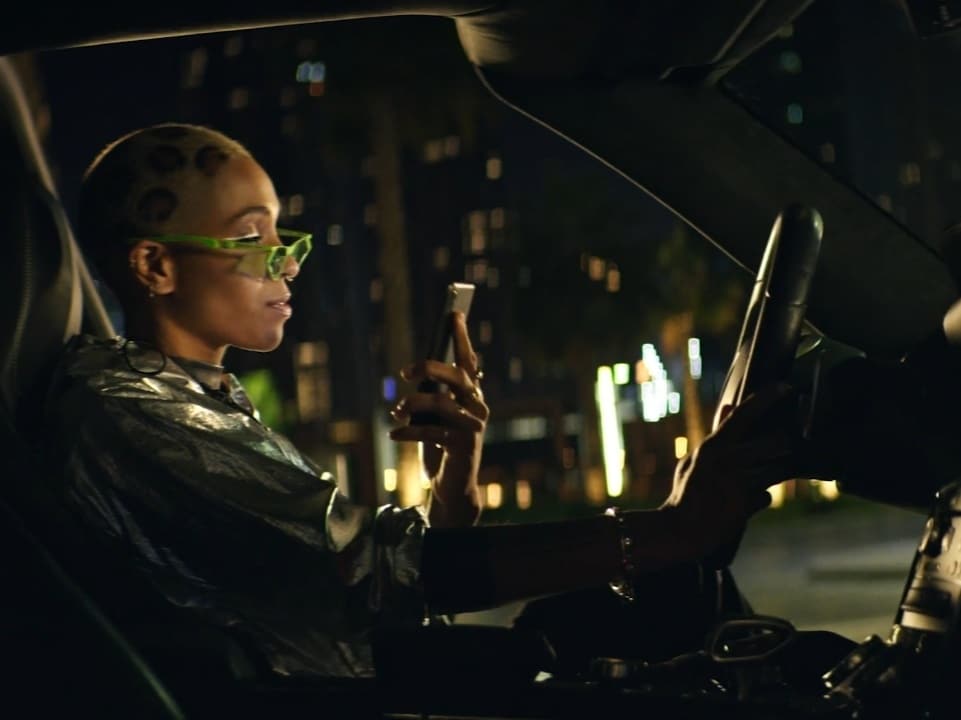 “Not only it allows us to interact with the customers but we can also direct them to our own platforms and do more analytics with it. We will be using two sets of influencers – one is our own customers who already own an AMG along with social media influencers across various categories,” Iyer adds.
Also Read | Storyboard18: How Twitter can help brands stay relevant with their customers
The company’s AMG experience centres will be conducting AMG Emotions tours for all customers and intending buyers by taking them to driving destinations across different parts of India.
Catch them young
The experience tours also include Gen Z customers aged between 19-20 years.
While they might not be the immediate buyers of the performance car range, Mercedes-Benz’s strategy is to target them as potential buyers early on. “The plan is to target them at an early stage, engage with them because at this point of time they may not be ready to own the car right now but by the time they turn 25 they begin to start driving these cars,” Iyer says.
Communications strategy consultant Karthik Srinivasan points out that Instagram's supposed audience age range is 18-24, though a fair amount of younger than 18 users too frequent it.
Also Read | Storyboard18 | Girl Uninterrupted: The danger in undervaluing and understudying teenage girls
“Mercedes' idea is perhaps to be in the line-of-sight of this age group, though, from an affordability point of view parsed with this age group's assumed income range, it beats logic given the cheapest available product (A200d sedan) is about Rs 40 Lakhs,” he notes.
Srinivasan notes that if the intent is to seed the interest in Mercedes vehicles early in their career (something that Harley-Davidson uses as a strategy) so that when they can afford costlier vehicles, they pick a Mercedes, it makes sense.
“But a mere Instagram-now effort may not lead to such seeding of interest; that would need more types of communication,” he concludes.
(Edited by : Priyanka Deshpande)
Check out our in-depth Market Coverage, Business News & get real-time Stock Market Updates on CNBC-TV18. Also, Watch our channels CNBC-TV18, CNBC Awaaz and CNBC Bajar Live on-the-go!