Storyboard18 | Gajar ka halwa and the housewife in Indian advertising

Storyboard18 | Gajar ka halwa and the housewife in Indian advertising Some in advertising have begun to realise that the housewife in India is overworked and underappreciated. Any advertisement that acknowledges this fact seems to strike a chord with her.

A currently running TV advertisement features a young man who comes home from office, unexpectedly bringing with him a bunch of friends. They demand that his wife make them gajar ka halwa. Of course, she whips it up in no time in her Hawkins pressure cooker.

Her husband smiles proudly and says, "Akhir, biwi kiski hai?"
Having been raised in a middle-class, joint family in small-town India, I know for a fact that no housewife, however traditional, would welcome her husband bringing home a bunch of friends unexpectedly and demanding gajar ka halwa.
The fact that we in advertising are still showing such a scenario as normal or even desirable for an Indian housewife speaks volumes about the disconnect between advertising and today's Indian housewife. She may have excellent gajar halwa making skills but would also possess the skills to never have such a situation thrust on her.
Also Read:
Storyboard18 | Battle for Bharat: Snapdeal's new campaign taps into aspiration of small town India
In the 1970s, Hindustan Lever launched a new freshness soap called Liril. It was targeted primarily at housewives. The advertisement showed a young woman dressed in a two-piece bikini frolicking under a waterfall.
A study commissioned by the company among Indian women at that time had revealed that the Indian housewife was busy with household duties from morning till night. But she had a small window to herself when she had her bath. In the 1970s, Hindustan Lever launched a new freshness soap called Liril. It was targeted primarily at housewives. The advertisement showed a young woman dressed in a two-piece bikini frolicking under a waterfall.
The girl in the waterfall capitalised on this window. It was a wonderful way for the housewife to escape into a fantasy world of freshness during those few minutes that she had to herself. All made possible by a bar of lemon-scented soap. And the soap was a runaway hit.
Also Read: Storyboard18: Mindshare, Tata Play on new brand identity; Cadbury Dairy Milk’s new campaign
These two very contrasting ads – one from almost 50 years ago and another that is running today in 2022 makes one wonder if when it comes to portraying or targeting the Indian housewife in advertising – have we really come a long way, baby? Or have we actually regressed?
Somewhere around 2013 or so, an organisation dedicated to promoting gender equality in media did their rounds of all the advertising agencies. All of the agency's creative directors were rounded up and requested to be a little more sensitive in our portrayal of women and families in advertising. And it sure did make most of us realise that, perhaps unconsciously, we were helping to promote certain stereotypes.
I must confess that in my many years in advertising I have been guilty of having presented the Indian housewife as the stereotypical mom – happily laying out breakfast for her perfect nuclear family – a husband and two kids - always a boy and a girl. Or a husband buying his wife diamonds to show how wonderful a wife she is.
Also Read: Storyboard18 | Ranveer Singh, Jannat Zubair Rahmani among defaulters of influencer guidelines
Though such situations are still the norm in India, it is refreshing to see some newer ads which are trying to show non-stereotypical families. But one has to be careful that this does not come across as just tokenism. For instance, there is a breakfast cereal ad where it is the dad who is making breakfast for his daughter while trying to braid her hair. The intention is laudable but the situation comes across as a bit forced. The effort shows whereas ideally, the situation should come across as normal. I have created advertising for diamond jewelry for many years. Being a working woman myself, I had actually bought myself diamond jewelry on a few occasions. But every time I presented an ad where the woman buys herself diamonds, I was always told that 99 percent of Indian women were gifted diamonds by their husbands or parents. In fact, buying diamonds for herself may actually be misconstrued that the poor thing did not have a man or a parent in her life who could shower her with diamonds – so had to resort to buying them herself.
I knew that this was not true. But being a creative person, it was always my gut feel pitted against meticulously collected research data. So when I finally did manage to sneak in at least one ad in a three-ad campaign done for DeBeers Forevermark - where a young working girl blows up her entire bonus on buying herself diamond ear studs – I felt triumphant.
Also Read: Storyboard18 | Ad budgets won't take a major hit due to the price hike: Mayank Shah, Parle Products
A small victory – but a victory nonetheless. Therefore, today it gives me great joy to see many more ads where women are buying themselves jewelry. And it is not tokenism either. Seems to be a real reflection of the times. 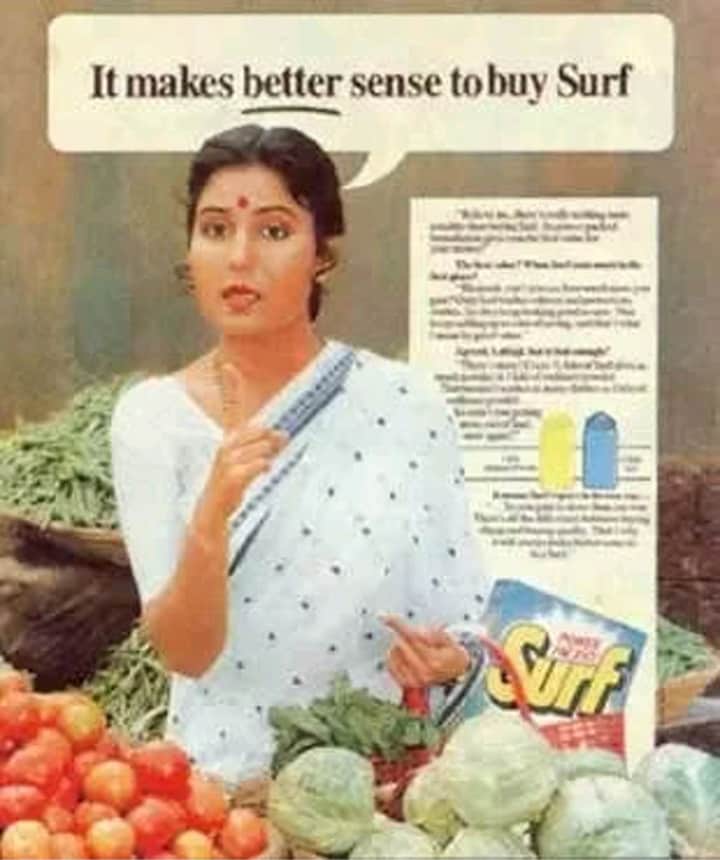 The modern Indian housewife, whether she be a homemaker or a working woman, is smart. She realises that she still carries the bigger load of the housework and child-rearing duties at home, even if she is a working woman. Therefore, a brand that acknowledges this fact and points out the better way for the future, strikes the perfect note.
Ariel, the laundry detergent brand that says "Share the load" has been doing this with great success year after year. The health drink ad where a child sloppily packs tiffin for his mom because she needs her nutrition may be cutesy but I can literally see all moms going "aww" at that ad, just like the mom in the ad did.
Also Read: Storyboard18 | How the pandemic pushed brands to move from intent to action
At least some in advertising have begun to realise that the housewife in India is overworked and underappreciated. Any advertisement that acknowledges this fact seems to strike a chord with her. And that surely is a sign of having come a long way from portraying her as someone who is just waiting to make gajar ka halwa at the snap of her husband’s finger.
Nandita Chalam is former executive creative director, Wunderman Thompson and a lecturer on Advertising, Xavier Institute of Communications. Views expressed are personal.
Check out our in-depth Market Coverage, Business News & get real-time Stock Market Updates on CNBC-TV18. Also, Watch our channels CNBC-TV18, CNBC Awaaz and CNBC Bajar Live on-the-go!