Why startup IPO can be a good bet

Why startup IPO can be a good bet In India, investing in startups is a relatively new notion. Following the announcement of the local for vocal and Atamnirbhar Bharat policies, an increasing number of young people are launching businesses.

Living in the present day scenario is far more convenient than it was at the start of the century. The expediency is such that there's no need to leave the house for buying grocery, medicines, clothes or to call a cab, just by a click of a button is good enough. Startups have turned various sectors on their heads in the last one decade, addressed major issues in our day-to-day struggle, and made millions from delivering goods and services. As do the lucky investors who placed a risky gamble on such start-ups that happened to hit on a winning idea.

In India, investing in startups is a relatively new notion. Following the announcement of the local for vocal and Atamnirbhar Bharat policies, an increasing number of young people are launching businesses. India is a vast country with a great deal of potential and skill. As a result, investing in a startup may benefit both the investor and the economy. Let's take a look at some Indian startups that have gone public or are planning to do so and see upcoming start-ups which could provide with some great returns.
ZOMATO-
Recently launched its initial public offering (IPO), making the online food aggregator one of the first Indian startup unicorns to list on the national bourses. ZOMATO was lapped up by retail and institutional investors which helped the stock see a bumper listing on NSE and BSE. Zomato is presently trading at a multiple of 49.6 times the FY21 revenues, according to estimates with more than 1 lakh crore valuation on listing day. The retail investors should wait for a while before entering these valuations for at least one or two quarters and see management’s guidance and their quarterly results. 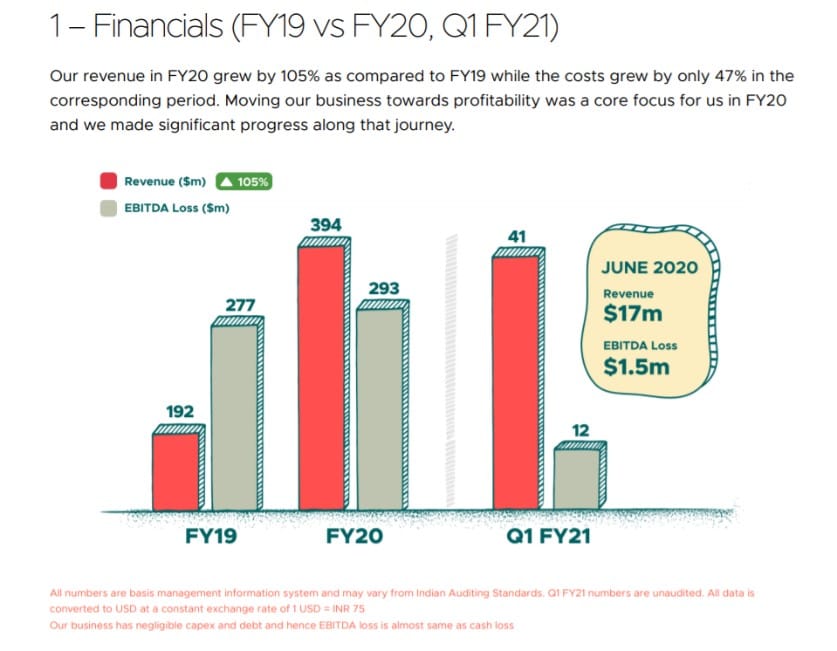 Other startup companies IPOs which are planning to go public includes paytm, Swiggy, Policy Bazar, Mobikwik.
Paytm-Paytm currently has over 150 million monthly active users. Paytm has more than 50 percent of merchant partners a Paytm Payments Bank account. Paytm reached 1.2 billion monthly transactions in February this year as e-commerce continued its boom in the country. Paytm is also planning a biggest ever IPO worth Rs 16,600 crore by October.
Paytm IPO is expected to be subscribed well as the company is the leader in the digital payments space and have been spending hugely on creating a connect with its user and providing them with the convenience which is addictive. Overall company is not able to generate profits at this point of time, Though Losses had been reduced over the past years . Paytm had entered new ventures recently with Paytm money & Payments Bank to increase their revenue. Conservative Investors should avoid investing in Paytm as it may take more than a decade to turn profitable for Paytm . Investors must keep in mind that Investment in Paytm aces huge competition from online portals such as Pay Charge, Mobikwik etc. Even telecom service providers like Airtel and Vodafone are providing online payment gateways.There is also growing concerns about how safe the information submitted to payment portals.
Mobikwik- Mobikwik is an Indian financial technology company and one of the largest competition to Paytm. All the three verticals offered by the company consumer payments business, payment gateway services and revenue earned from its Buy Now Pay Later (BNPL) financial product are going to gain momentum in the coming years. Indian digital payments are seeing a healthy growth post demonetization with some slips.
Mobikwik serves over 107 million customers and has over three million merchants on its network, which are expected to grow with the huge potential offered by the Indian digital dream.
The investors have to keep a cautious approach with these start-ups for next few years. They need to watch the signals from the existing investors as well. Government policy will also play an important role in deciding the fate of these start-ups. It seems the policy will be favorable as Government is pushing digital payments. The government’s technology push and internet penetration also needs to be considered. E-commerce is the biggest contributor to the digital payment ecosystem, so policies related to these also need a thorough review.
Mobikwik Financials 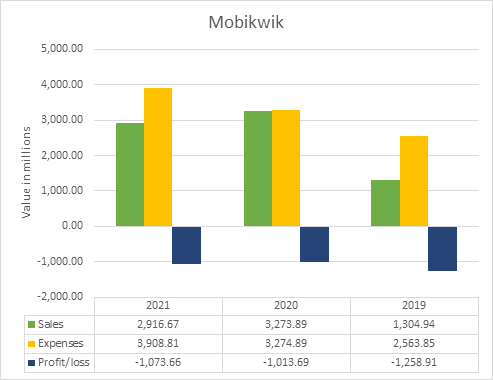 All startups had one unique feature that is future dependence on them or in another way they are solving a common man’s problem. The Other reason due to which these companies are trading at a premium is the data which is considered as the new oil. E-commerce companies may play a major role in the future but one should understand that not all of these will be able to make it big in the future. Some companies may vanish or may be absorbed by rival companies. Few of them will be able to make it really big for sure.
The author, Hemant Sood, is Managing Director at Findoc Financial Services Group. The views expressed are personal
(Edited by : Anshul)
Check out our in-depth Market Coverage, Business News & get real-time Stock Market Updates on CNBC-TV18. Also, Watch our channels CNBC-TV18, CNBC Awaaz and CNBC Bajar Live on-the-go!