The Product Market Fit Code: Why many companies fail to crack and what startups need to learn

The Product-Market Fit Code: Why many companies fail to crack and what startups need to learn

While there could be many reasons built around why products fail, there have been products that have crossed these boundaries and had so many wrong ingredients in their failure sometimes becomes inevitable.

If you ask anyone, a founder, an investor or any stakeholder attached to a business, what would be the “heart” of any business, very few would differ from the answer that it is the “product.” It doesn’t matter how good the company is, how instrumental its processes are, how motivated its sales team is or how impeccable the finance team is, if the company product is mediocre or way far away from the market’s need.

A product, by definition, encompasses anything tangible or intangible which in most cases a consumer is willing to pay money for. Most businesses, be it a start-up or an established organisation, pay utmost importance in creating the product. While most companies try to solve a problem with their product or service, there have been examples where companies have gone in creating something that a customer demands or by identifying gaps and finding opportunities in the market.
While creating a product requires a great deal of resources and bandwidth, most companies especially start-ups get fixated to them beyond required and tend to move a little away from what actually the market needs. In some cases, the companies have gone to the extent that they have introduced products which actually made no sense with the current market dynamics.
If you ask product managers and corporate innovators and their boardroom bosses or likewise startup founders, each one of them would give a kind of checklist of the things they take care of while identifying, creating and launching a product which may look very familiar to the following-
Who would be interested in buying the product or service?
Even with the kind of near perfect checklist there have been numerous instances among startups and corporations alike where the product has miserably failed to attract customers or be at a right place at a right time. Some of them could be
Not communicating differentiation
While innovating a product is good and creating a better differentiated variant of an existing top selling product is even better but failing to communicate the differentiator to the customer has often killed the product. To match with the mood of the times, In 2013, Burger King thought of introducing something healthier on its high calorific menu, a healthier substitute to its traditional French fires. Burger King started using a less porous batter, to make Satisfires, which caused the fry to absorb less oil than regular fries during cooking. While Satisfries were made with a healthier recipe, Burger King couldn’t do enough to convey the difference to customers. The fries were also more expensive than Burger King’s regular french fries and people didn't even know why they were shelling out these extra bucks. Left with a tougher outer coating and a drier texture, the consumers rejected these high price snacks ultimately forcing burger king to shelf it.
Faulting on products while rushing to catch competition
Often it is noticed that to grab market share and to catch up with great exciting products, competing companies introduce pretty similar products. This rush to not fall back too far forces companies to hurry up with their products often resulting in bad quality, not much useful innovation and loose ends to a lot of crucial aspects that often become the factor to decide the success or the failure of the product. 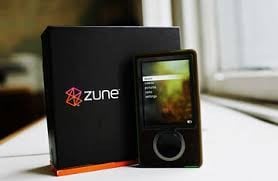 The first decade of 21st century all belonged to Apple. The company launched revolutionary products that changed the dynamics of music and the hand-held devices industry and did send tremors to its competitors. This forced competitors to come up with competing products in similar segments, but the scare of losing market share forced them to “hurry up”
In an attempt to compete with Apple's dominant iPod MP3 player, Microsoft released the Zune in 2006. While the device seemed to have been a reasonable choice for consumers especially the Microsoft fans, a number of reported bugs did not help sales - like on December 31, 2008 nearly all 30GB Zunes stopped functioning simply because the underlying code had failed to account for the extra day in leap years. This clearly showed Microsoft had hurried up with its product and the sales never took off really. In the fourth quarter of fiscal 2009, Microsoft recorded a 42 percent decline in revenue in its non-gaming devices segment -- a decline largely attributable to the Zune’s poor performance. With the failure to get numbers Microsoft lost focus on Zunes ultimately discontinuing all streaming, downloading, and other music services for the Zune in 2015 Similar was the fate of HP Touchpad which was launched to counter the Apple iPad. Hewlett Packard launched the device in the middle of 2011 with an extremely costly advertising campaign which numerous celebrity contracts. But the product never took off as it took shortcuts while developing the WebOS operating system in just 9 months which was built over an open-source software engine not really ready for the market . By late summer box stores such as Best Buy were sitting on excess inventory, and HP began offering steep discounts ultimately ringing the death knell for the product.
Fixing a problem that never existed
Often innovation managers and product teams go too far with their innovative thought process and tend to create products which are solutions to problems that are not actually problems for the customer. In some cases, the product innovated turns out to be as cumbersome as the original product creating absolutely no demand for them
Maxwell House Brewed Coffee
= 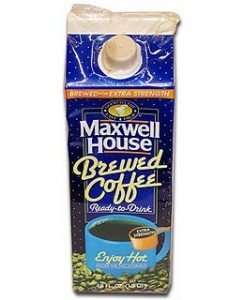 Well, here is the story of coffee gone wrong. Maxwell House introduced a brewed coffee which was ready to drink in early 1990s way ahead of its competition with a vision to create a new, easy and convenient way for consumers to enjoy their own cup coffee instantly, without having to actually make themselves at home.  All that the customer needed was to purchase the product, bring it home, microwave it and have it. While the idea was genius, the execution was bad. Maxwell House pioneered selling consumers pre-brewed coffee in a cardboard carton. Instead of asking consumers to have an iced coffee which would have been the obvious choice, Maxwell House chose to advertise the beverage to be enjoyed hot.
For a customer, the convenience actually never came in as they had to take the extra step of pouring a mug of coffee, then heating it up (equal effort of actually brewing the coffee). And the once who thought of microwaving the whole carton, well they couldn’t do it as the carton was foil-lined.
With more than 80 percent coffee is already fast and easy to brew, Maxwell had to ultimately shelf the product.
Delay in launches and product falls short of claims
Usually, a follow up of a successful product or a variant is much anticipated. And if the product fails to live up to those expectations it usually leads to failure seeing a drop in sales. This keeps a continuous pressure on the product team to not to delay the product much from the announced dates so the expectations can seep in.
Microsoft Windows Vista 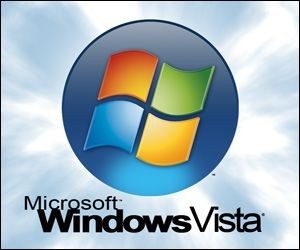 Following the success of Windows XP, there was a high expectation from Microsoft to deliver yet another strong successor. The media and public had really high expectations when in 2007 Microsoft decided to launch Windows Vista. To meet up to the demand and expectation the company did allot $500 million for marketing and predicted that 50 percent of users would run the premium edition within two years. But hell broke when the newer version of the operating system had so many compatibility and performance problems that even Microsoft’s most loyal customers were appalled. Vista flopped and couldn’t make a mark giving Apple a chance to ridicule it in an ad campaign (“I’m a Mac”), causing many consumers to believe that Vista had even more problems than it did.
Recipe of death: A combination of many reasons
While there could be many reasons built around why products fail, there have been products that have crossed these boundaries and had so many wrong ingredients in their failure sometimes becomes inevitable.  Multiple errors in the product, market identification and promotion are something not even the best of the product can survive.
Segway 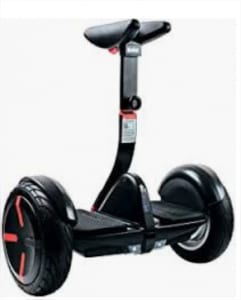 The Segway PT is a two-wheeled, self-balancing battery electric vehicle invented by Dean Kamen. It was launched in 2001 with a lot of expectations and a blizzard of publicity. Yet the market acceptance was not there. With a brilliant product, savvy company, tremendous funding and resources, the company did commit errors that never let the product take off. This included:
It was a product, not a solution. The product worked well but it lacked a support context and left the user with a thousand questions -- Where can they park it? How do they charge it? Will one use it on roads or sidewalks? The current day cities are designed for pedestrians or speedy vehicles and this was neither so it had no proper infrastructure to support it.
Where is the target market? With the product in place, it failed to answer who was the target market and which segment really needed this? It was an appealing novelty but there was no compelling need for anyone to buy it – and it was very expensive.
No market research and testing: According to what’s available in open sources, The Segway was patented and kept under wraps until its launch. The founders did not market-test it and there was no user feedback or iteration in the process. After its official launch, the inventors were pretty surprised when people criticised or ridiculed the design for being ‘dorky’ rather than cool. This could have been easily eliminated if markets were tested
These reasons contributed to very dismal Segway sales. Instead of selling 10,000 machines a week, as Kamen had predicted, the Segway sold about 24,000 in its first five years. While the product is still available, now it sells for far less to police forces, urban tour guides, and warehouse companies, not the general public.
While these product failures do leave behind a lot of lessons to learn, it's in the hands of managers to educate and engage with all the teams including the ones that take care of the brand, marketing, sales, advertising, public relations, and web professionals early on. This would help the teams gain valuable feedback which can help in steering a launch or, if necessary, abort it. Hearing from a devil's advocate who has opposing opinions can be painful—but the pain would be far less than launching a product that’s not right for the market or has no market at all.
A lesson to learn for both established companies and startups alike.
Nilesh Maurya is Director-Investment Banking at Omega Capital Consultants.
Check out our in-depth Market Coverage, Business News & get real-time Stock Market Updates on CNBC-TV18. Also, Watch our channels CNBC-TV18, CNBC Awaaz and CNBC Bajar Live on-the-go!