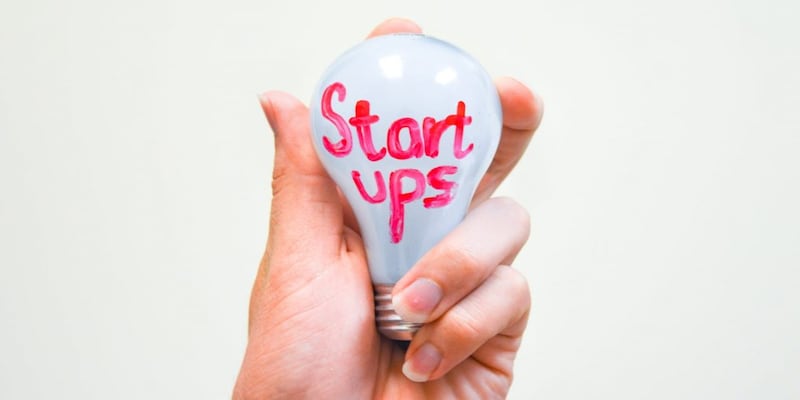 Startups filed 5,253 patent applications in the last five years, as per the Indian Patents Office. However, only 1,684 requests for examination (RQ) were filed.

Startups in India have been granted 513 patents in the last five years and have registered over 5,000 trademarks, as per government data.

While the number of patents granted is one-tenth of the over 5,000 patent applications filed over the last five years, the data doesn’t necessarily reflect delay in clearing the pipeline, but the fact that fewer startups are taking the process forward.
Startups filed 5,253 patent applications in the last five years, as per the Indian Patents Office. However, only 1,684 requests for examination (RQ) were filed. For patents, applications are examined only if a request for examination (RQ) is filed.
Startup data for patents and trademarks has been marked separately since the launch of the Startups Intellectual Property Protection (SIPP) scheme in 2016.
Also read:
Aon's salary increase survey: 88% companies intend to increase pay in 2021
Startups were also able to register 5,808 trademarks since 2017-18, the data shows. Startup applications for trademarks were considered separately under the SIPP Scheme only since March 2017. Over 13,000 trademark applications were filed in the same period. To be sure, this data refers only to startups registered with DPIIT.
What is encouraging is that startup applications for patents and trademarks have seen a multi-fold increase, with 1,851 patent applications filed in FY20, up from 215 in 2016-17. The number of startups taking the process forward remains low because of multiple reasons, as per industry experts.
"Applicants have time of 48 months from filing their applications to file a RQ. Many applicants usually take the time to evaluate whether they want to go ahead with the application, depending on the progress they have made," an official from the Office of Controller General of Patents, Designs & Trademarks, said.
Also read: One-person companies to benefit entrepreneurs, startup industry says
Trademark and patent lawyer Rahul Dev said the gap could also be due to the increasing trend for startups to show a 'patent-pending' tag, especially while raising funds.
"Startups can claim their patent is pending once they file an application. Adding a ‘patent-pending’ tags definitely helps in raising funds and for branding," Dev said. "Some startups may file multiple patents and may pick up one or two of them to take ahead,” he added.
Economic Survey Error
The recently released Economic Survey had shown a worrying picture - that zero patents and trademarks were granted to startups during the first half of the current fiscal.
The data published in the Economic Survey ahead of the Budget FY22 showed that while startups had filed 1,000 patent applications in the current fiscal, no patents were granted.
Also read: India Quotient launches $80 million fund for Indian startups
However, officials from the department clarified that the data does not correctly represent the facts, and that many of the applications were in the waiting period as they were getting published in journals for public feedback. It is a practice to publish trademark and patent applications in journals to allow the public to review and raise objections, if any.
"Once the trademark application is provisionally accepted by the office, it is published in a journal and remains in public domain for a period of four months to invite opposition from pubic against the trademark," Rajendra Ratnoo, the controller general for patents, designs and trademarks told CNBC-TV18.
"Due to ongoing pandemic, the Supreme Court of India in a suo moto writ petition had taken cognizance for extension of limitation period and had ordered an extension to the period of limitation in all such proceedings. In view of extension in the limitation period, the time limit to file reply or opposition was extended by the registrar of trademarks. The hearing in the opposition cases was suspended and cases could not be decided by the tribunals. The hearing in objected applications was not held due to prevailing circumstances. Thus, it resulted in low count of trademark registrations," he added.
Another official also highlighted that the data for startup patent applications only reflected grants given to applications filed in this fiscal, and since such grants take some time, the number of grants reflected as zero.
Government support to startup IP
While the Economic Survey may have shown faulty data on startup patent applications, it did highlight a positive trend, which the Indian Patents Office said was correctly reflected.
The data showed that as of June-2020, 510 patent facilitators and 392 trademark facilitators have been empanelled to provide free-of-charge services to startups.
Also read: Indian startups attract $10.14 billion in funding in 2020: Report
The Startups Intellectual Property Protection (SIPP) scheme enables a start-up to seek assistance from any empanelled facilitator to file and prosecute their application. The facilitator can claim payment for the services given to the start up from the Office of the Controller General of Patents, Designs and Trademarks.
The government has also provided 80 percent rebate in patent filing fees and 50 percent rebate on trademark filing fees. As of June-2020, 3,618 patent applications were granted 80 percent rebate on the filing fee and 6832 trademark applications were granted a 50 percent rebate on filing fee.
(Edited by : Jomy)
Check out our in-depth Market Coverage, Business News & get real-time Stock Market Updates on CNBC-TV18. Also, Watch our channels CNBC-TV18, CNBC Awaaz and CNBC Bajar Live on-the-go!