STARTUP DIGEST: Here are top startup stories of the day

STARTUP DIGEST: Here are top startup stories of the day 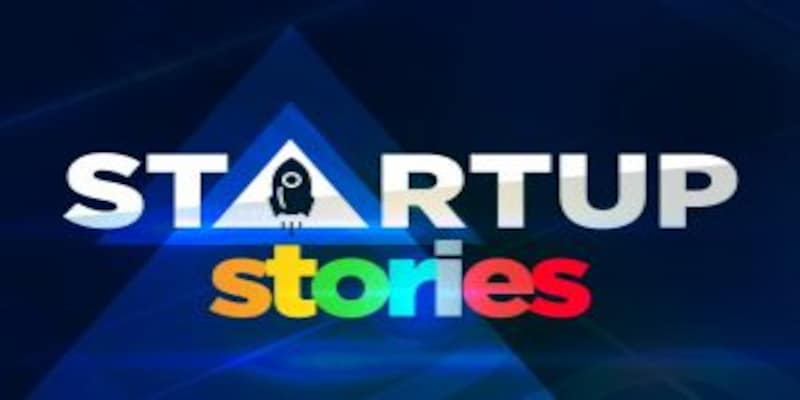 There were many important developments in the startup space through the day on Monday, which include IFC invests $10 million in Endiya Partners Fund II, Anti-China sentiment not a factor as OnePlus, Redmi top sales during Amazon Prime Day sale, and 'DocSumo' raises $2.20 million seed funding, Paytm launches a smart PoS device to digitise small businesses, Flipkart launches its first startup accelerator programme.

There were many important developments in the startup space through the day on Monday, which include IFC invests $10 million in Endiya Partners Fund II, Anti-China sentiment not a factor as OnePlus, Redmi top sales during Amazon Prime Day sale, and 'DocSumo' raises $2.20 million seed funding, Paytm launches a smart PoS device to digitise small businesses, Flipkart launches its first startup accelerator programme.

Here’re the day’s top startup updates:
1. IFC invests $10 million in Endiya Partners Fund II
The International Financial Corporation (IFC) has invested $10 M in VC firm Endiya Venture Partners to support product start-ups and drive innovation.
The IFC has also committed an additional $10 million for direct co-investments alongside Endiya Fund II. The Partnership with IFC, a member of the World Bank Group will provide Endiya’s portfolio companies with financial and strategic support to push growth and scale.
Endiya Fund II has a corpus target of INR 500 cr ($65 m) and has completed its first close at INR 280 cr ($40 m) in May 2019. Financial institutions, corporates, and family offices across India, Europe and U.S are limited partners in the fund.
Endiya Fund II will seek to invest in 16 - 20 startups, with an initial cheque size of to $1 million million in seed or pre-series A rounds and a planned investment of up to $5 million per company.
2. Amazon Prime Day: Anti-China sentiment not a factor as OnePlus, Redmi top sales
Despite the COVID-19 pandemic, Amazon’s Prime Day sale in India saw a huge demand for smartphones, large appliances, and apparel, with Chinese names such as OnePlus and Redmi among the top-selling brands despite the anti-China sentiment.
Amazon India says it added twice the number of Prime members added in last year's event during the sale it held last week.
The ecommerce company also said it had the highest participation from small businesses, with over 91,000 SMBs participating, and over 209 of them becoming ‘crorepatis’.
India was the first country for Amazon globally to kick off its 2-day annual Prime Day event on August 6, while the other markets will hold the event in the next quarter.
Prime Day is meant for Prime members of Amazon, allowing them to avail discounts, grab new launches, and access new content on Prime Video and other Amazon platform
3. 'DocSumo' raises $2.2 million seed funding from Better Capital, Techstars and Barclays
DocSumo, a document AI startup that was founded in 2019 has raised a seed funding from Better Capital, an early stage venture firm with fintech investments in notable companies like Rupeek, Open, Khatabook, YAP and others. Global accelerators TechStars and Barclays also participated in this round making the total raise for the company to $2.2 million.
The startup provides intelligent workflow automation for financial services companies to save back office costs by up to 70 percent through document data capture, analytics and fraud detection.
4. Flipkart launches its first startup accelerator programme
Walmart owned Flipkart has launched a startup accelerator program called - ‘Flipkart Leap’ with a focus on innovations for users in metro cities well as those in Bharat - tier 2 and 3 cities. Selected B2C and B2B startups will undergo a 16-week program that will focus on making them market-ready and allow them to win an equity-free grant of $25,000.
Flipkart Leap has identified five themes to shortlist relevant high-potential startups -- Design & Make for India, Innovation in Digital Commerce, Technologies to Empower the Retail Ecosystem, Supply Chain Management & Logistics and Enabling Relevant Deep Tech applications.
5. Paytm launches a smart PoS device to digitise small businesses
Noida-headquartered Paytm has launched keeping the small business owners in mind.
The device can be used for accepting payments as well as processing orders, said the company in a press note today. It also comes bundled with Paytm's 'Scan to Order' service that is getting adopted by restaurants and takeaway joints across the country.
Besides restaurants the terminal can be adopted by delivery personnel, kirana stores, small shopkeepers and others to accept digital payments on the go.The company aims to issue over 2 lakh devices within the next few months which will generate over 20 million transactions per month.
This device is integrated with the ‘Paytm for Business’ app to generate GST compliant bills and also to manage all transactions and settlements for the merchant.
6. ConveGenius acquires Gray Matters India
EdTech social enterprises ConveGenius acquires Gray Matters India (GMI) to boost its AI based assessment products.
The acquisition will help ConveGenius integrate GMI's measurement science with its automated learning capabilities and help under-served students diagnose their remediation requirement for missing skills and knowledge through a tailored set of instructions.
7. Twitter expressed interest in buying TikTok's US operations
Twitter Inc has approached TikTok's Chinese owner ByteDance to express interest in acquiring the US operations of the video-sharing app, two people familiar with the matter told Reuters, as experts raised doubts over Twitter's ability to put together financing for a potential deal.
It is far from certain that Twitter would be able to outbid Microsoft Corp and complete such a transformative deal in the 45 days that US President Donald Trump has given ByteDance to agree to a sale, the sources said on Saturday.
The news of Twitter and TikTok being in preliminary talks and Microsoft still being seen as the front-runner in bidding for the app's US operations was reported earlier by the Wall Street Journal.
Check out our in-depth Market Coverage, Business News & get real-time Stock Market Updates on CNBC-TV18. Also, Watch our channels CNBC-TV18, CNBC Awaaz and CNBC Bajar Live on-the-go!