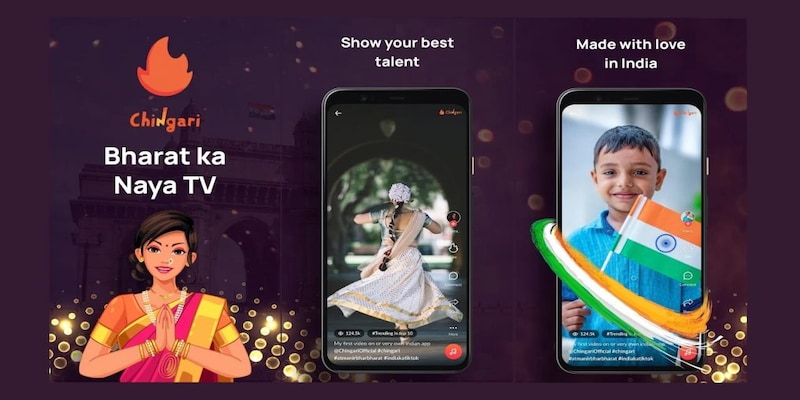 Chingari has raised $19 million to offer cryptocurrency as a means of monetisation for creators and users on its platform.

Short-video app Chingari has raised $19 million in its latest funding round with the objective of offering cryptocurrency as a means of monetisation for creators and users on its platform. With this pivot, the startup aspires to become a global blockchain-based social infotainment platform.

Chingari is among India’s many short-video apps like Moj, Josh, Roposo and Trell, which became popular following the ban on TikTok in 2020. The platform claims to have 30 million monthly active users, who share videos, watch movies, shop online and more.
Given the startup’s attempt to make cryptocurrency mainstream in India, the round saw participation from more than 30 venture funds and individual investors. That includes some renowned crypto investors such as Republic Crypto, Solana Capital, Kraken and others.
Chingari will use the funds to launch its own crypto token - $GARI. The tokens will be powered by the Solana blockchain, which is backed by Andreessen Horowitz (a16z). Earlier this week, the Silicon Valley-based venture capital firm invested in CoinSwitch Kuber, turning the crypto exchange into India’s second unicorn from the space after CoinDCX.
Despite the creation of two crypto unicorns in India, Chingari’s adoption of the new-age currency is coming at a time of regulatory uncertainty with China imposing a blanket ban on all such transactions and India yet to make its stance clear.
Unfazed by this, Chingari wants to make its token - $GARI - a critical piece of the platform, enabling creators to set up their own e-commerce space that includes physical merchandise and NFT creations.
“The future of a platform lies in its creators. On one side, we have an immense talent pool that needs to be explored and rewarded with an ethical amount of monetization. On the other side, while Crypto experiences a rapid expansion in India, $GARI is poised to make it mainstream. We are infusing the two, through robust strategies and incorporation of the most-promising industry advances,” said Sumit Ghosh, Co-Founder & CEO, Chingari.
For now, the near-term roadmap is limited to testing of the blockchain live, Chingari Integration beta, and upcoming $GARI token sale. The company is yet to confirm if it will go live before the government clarifies its position on cryptocurrency trading in India.
Check out our in-depth Market Coverage, Business News & get real-time Stock Market Updates on CNBC-TV18. Also, Watch our channels CNBC-TV18, CNBC Awaaz and CNBC Bajar Live on-the-go!