Updated : August 22, 2019 11:24 AM IST
Pothole detection-like features make Ather an intelligent data-guzzling EV maker.
The vehicle is internet-enabled through a SIM.
The data generated from the sensor is sent to the cloud to analyse.

Ather, the Hero Moto Corp-funded electric two-wheeler startup born in IIT (Madras), wants to do what no Indian auto company has done: analyse tons of real-time data generated by its bikes and scooters on the streets to solve drivability problems.

Two years ago, much before Ather’s first lot of bikes got manufactured, the company filed a patent to map road terrain, including speed breakers and potholes. When the company rolls out the feature it could display a visual alert on the scooter’s dashboard display of the road conditions ahead, which will especially be helpful on dimly lit stretches of the road or potholes disguised as water puddles. The feature, at least, will reduce a few deaths. According to a report filed by the Supreme Court Committee on Road Safety, 14,926 people died in road accidents due to potholes across the country between 2013 and 2017.

There are around 50 sensors spread across Ather’s bikes – the 340 and the 450 – which were launched in June, last year. The vehicle is internet-enabled through a SIM. The data generated from the sensor are sent to the cloud to analyse. “With these data points know enough to map out a complete road profile,” says Tarun Mehta, Co-Founder and CEO of Ather Energy. “If you go over a speed bump or a major pothole, there will be a significant spike in the data and you just need to build a data model around this.”

But, how does Ather’s algorithm figure out if it was a pothole or a speed breaker? That’s by analysing driving patterns. Riders can't always avoid a pothole, bump or other irregularities found on road surfaces. Every time a scooter rider encounter one, the data is recorded so that other riders could benefit from that data or the same rider, the next time he’s on the same stretch. As more of Ather’s vehicles get on the street, the prediction will improve. “Even with GPS accuracy, having one vehicle on the road in addition to that the GPS accuracy, it is a little hard to be sure to know the exact location of the pothole or bump. But once you have say a 1,000 vehicles going over it every day, you have enough data points to pinpoint the pothole or bump accurately,” says Mehta. Ather, like most other EV makers, had a slow start. But, with the government’s push on electric mobility things are improving. “Right now with the number of vehicles on the road the amount of data coming in is beginning to be substantial enough to start making more precise and accurate assessments,” adds Mehta. Ather gets around 15 to 20 GB of data from every vehicle every month.

But, analysing all the data that the sensors generate comes at a cost, which Mehta wants to reduce over time. Various data points include component level data like the voltage, current and temperature from various systems like the battery, motor, etc. Then there is the vehicle level data which comes from sensors like accelerometer, switch interaction which is collated along with the state of the vehicle.

For smart and connected vehicles, which is the future of mobility, collecting the right data sets will be the key to success. Swapnil Jain, Co-Founder and CTO of Ather Energy explains that the smartness and intelligence are hugely reliant on having connectivity and data, which would unlock a lot of potential for the customers which otherwise would not be possible. “Our vehicle platform was built with a clear understanding that it will be a smart intelligent vehicle and hence data becomes a very integral part of what we deliver,” he adds. Ather’s data play is critical for the company to provide a better look and feel for the bike’s dashboard. For instance, many automobile players provide Google Maps via Android auto because it is a strap-on solution for them but when Ather builds it using Google Maps as a base to build layers over the basic navigation system.

Mehta also used data to improve the range, which is the distance travelled by a vehicle every time it is fully charged. The model was not up and running from the first day. “Our range prediction algorithms had seen little data to chew on and they went all over the place. Customers got scared,” says Mehta. Some of them got just 45 km, the average is 64 km on a full charge. Customer complaints started pouring in.  The customer would then escalate it as a complaint,” says Mehta. Once the rider settled down to normal riding pattern, the range numbers automatically improve to over 70 km.

Data can also predict whether it is a single rider or with a pillion. But, the feature is not live yet. Analysing data helps in understanding the performance of the bike and its components under various circumstances. Since its launch, the company has pushed around five over-the-air (OTA) updates, which are software updates that happen like in mobile phones, wirelessly. 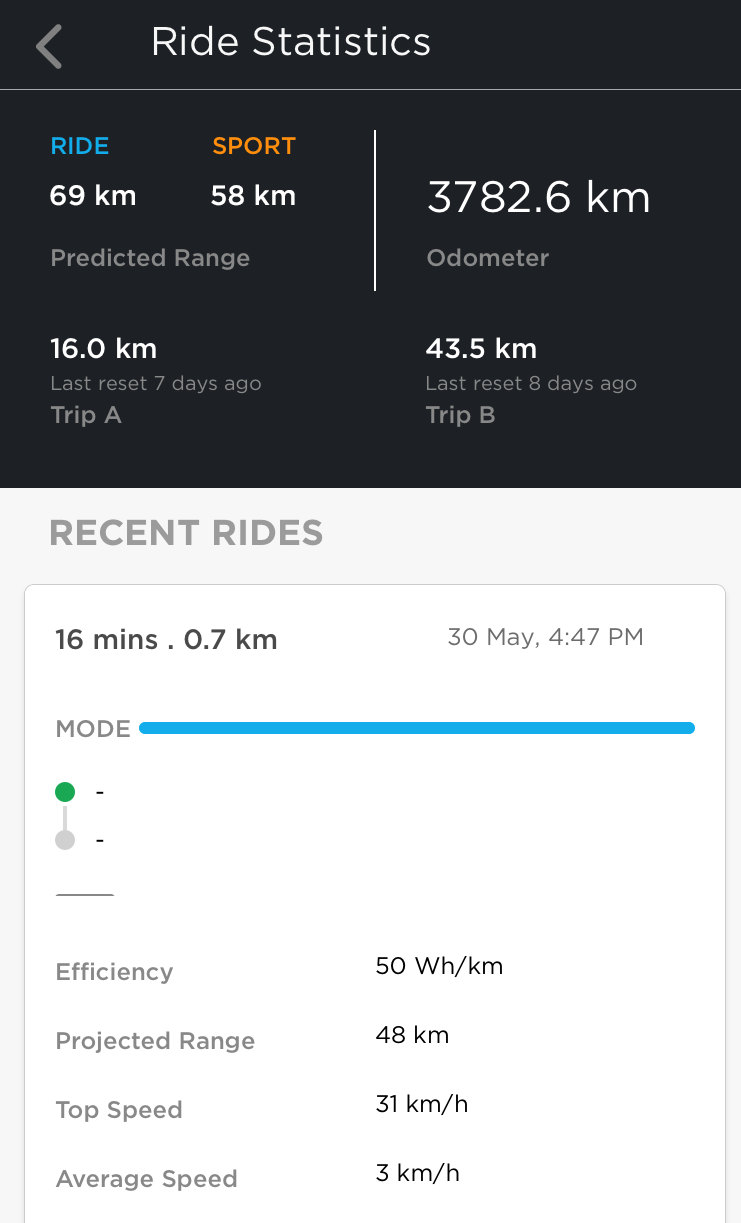 Another area where data is helping the company is with building its predictive diagnostic features, which checks for anomalies in operations that can cause component failure. For example, if a rear wheel bearing of a vehicle starts to wear off it alerts the driver and Ather. The battery also needs to be monitored, if the company wants to prolong battery degradation. “We have enough data to understand battery degradation, that too in different temperatures, in different climatic conditions, humidity levels, in different accelerations.

Experts, too, believe that if there is the right analysis can provide a meaningful ownership experience and self-reliance. “With electric vehicles coming in, the reliance and use of data and connected platforms will change to the next level,” says Sagar Apte, Founder of Pune-based connected car ecosystem company, Car IQ. There are other use cases, too.

“Data for insurance companies and auto finance companies, too, will help to calculate depreciating rates in the industry. “EVs being the new entrant into the market, there is not much historical data as the vehicles life cycles are yet to be monitored in the market,” he adds

But, in an age where concerns over data privacy have become a global issue, Mehta says that to make sense of the vehicle condition and road conditions anonymised data is good enough.