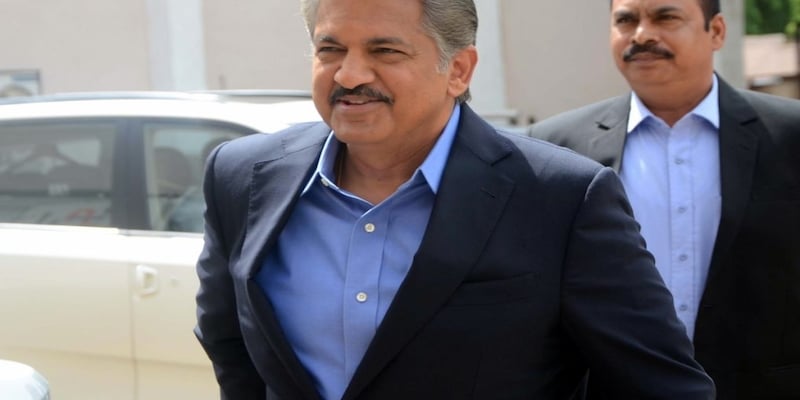 Back in 2018, Anand Mahindra had tweeted about a funding opportunity for an Indian social media startup that met certain criteria.

Anand Mahindra, Chairman, Mahindra Group, has invested $1 million in Gurgaon-based social media startup Hapramp. Founded in 2018 by a team of five Computer Science graduates, Hapramp is building solutions that enable users to take control of their data privacy and earn a fair fraction from content monetisation.

Back in 2018, Anand Mahindra had tweeted about a funding opportunity for an Indian social media startup that met certain criteria. Hapramp, which was just being set up then grabbed the opportunity and decided to apply. Mahindra tweeted that Team Hapramp had won the seed funding today.
“Took 2 Years but I finally found the start-up I was looking for”, said Anand Mahindra in his tweet. Adding further on the startup’s flagship product GoSocial, he said, “Look out for their social networking platform”.
GoSocial is a social media platform that rewards artists and creators as they post and engage with the community. As many as 50,000 users have already downloaded the GoSocial app from the Google Play Store and the app will soon be available on Apple’s App Store.
Anand Mahindra had asked digital transformation expert and ex-Mahindra executive, Jaspreet Bindra who has now signed on as Executive Advisor and Mentor to the Hapramp founding team.
Commenting on the investment, Bindra said, “The Hapramp team is building a Web 3.0 social network. It is built on emerging digital technologies, has a solid business model which rewards content creators, protects personal data, and best of all, is built here locally in India.”
“Since inception, the Hapramp team has worked with speed, frugality and a larger vision of enhancing lives, through the simplicity of an app that holds a true value of rewards on the go, with a large notion of educating and entertaining their users. Working with them, as an incubator, and investing in their growth, was one of the easiest decisions for us,” said Sanil Sachar, founding partner, Huddle.
Adding to this Shubhendra Vikram, CEO at Hapramp said, “This is a massive approval of our mission to give creators the right to their content. We have big plans, and we intend to stick to our belief of empowering creators and building an ecosystem where they can learn, compete, and win rewards.”
In addition to its flagship social networking solution GoSocial, the startup is also building 1Ramp.io, which is a rewarding social media platform powered by Steem Blockchain; and Asteria Protocol, which is being worked on and will be a new standard for platforms to privately and securely treat public data. These two are work in progress, and Hapramp expects to take them to market in the coming year.
Check out our in-depth Market Coverage, Business News & get real-time Stock Market Updates on CNBC-TV18. Also, Watch our channels CNBC-TV18, CNBC Awaaz and CNBC Bajar Live on-the-go!