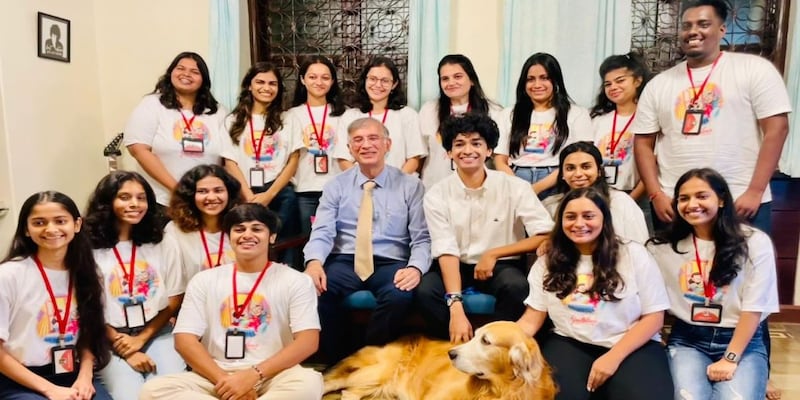 Goodfellows was launched in September 2022, with a token investment from Ratan Tata, and said that it received over 800 applications from young graduates during the beta phase.

Goodfellows, a homegrown senior companionship startup, founded by Shantanu Naidu announced that it raised a fresh round of seed capital from high-profile investors like Niranjan Hiranandani and Shradha Sharma of YourStory. According to the startup, the investment will be channelised to strengthen Mumbai operations, which has seen rapid growth as well as fulfil the strong influx of enquiries for senior companionship from all parts of the country and expand services to new cities like Pune, Kolkata and Bangalore.

Goodfellows will also test its corporate offerings with its first corporate contract.
Expressing his desire to be an active investor in Goodfellows, Niranjan Hiranandani, co-founder and managing director of Hiranandani Group, and an ardent supporter of youth initiatives, said, “Goodfellows has understood the problem, looked for a solution and worked out a concept around it. This is what makes it wonderful and unique. It is a concept needed in today’s world.”
Also Read: Goodfellows, Ratan Tata-backed senior companionship startup, launches
Shradha Sharma, founder of YourStory who has built the stories of countless entrepreneurs and a key player in building India’s startup ecosystem, stated, “I believe some startups are meant to purely impact a community in a positive way and Goodfellows is a great example of that. As someone who is in entrepreneurship to create impact more than anything else, I am happy to see Shantanu and his team go in this direction.”
Both Hiranandani and Sharma will be part of the advisory board.
Commenting on the investments, Shantanu Naidu, Founder, Goodfellows, expressed, “Such investors that have a personal interest in creating true impact and supporting social entrepreneurship in the country give us the strength to continue with full faith in helping the country’s elderly combat this social problem.”
Also Read: Startup Digest: Commit to 'long hours' or leave: Musk to Twitter staff, SoftBank looks to sell $200M worth of stake in Paytm: Report & Swiggy introduces sexual harassment policy for women delivery executives
Goodfellows was launched in September 2022, with a token investment from Ratan Tata, and said that it received over 800 applications from young graduates during the beta phase. Out of them, a cohort of 20 provided companionship to the elderly in Mumbai.
Senior citizens can avail themselves of the services by signing up on the official website (thegoodfellows.in), checking out their Instagram handle or can give a missed call at +91 8779524307. In terms of services offered, a Goodfellow does whatever a grandchild would do.
Also Read: Contentstack bags $80 million in series C and BeatO raises $33 million in series B funding
Check out our in-depth Market Coverage, Business News & get real-time Stock Market Updates on CNBC-TV18. Also, Watch our channels CNBC-TV18, CNBC Awaaz and CNBC Bajar Live on-the-go!