India have rested senior players Rohit Sharma, Virat Kohli, Rishabh Pant, Hardik Pandya and Jasprit Bumrah for the ODI series. In the absence of star Indian players host West Indies will be looking to end their five-match losing streak in the first ODI at Queen's Park Oval in Port of Spain.

West Indies and India begin the three-match one-day international (ODI) series with the first match to be played at Queen's Park Oval in Port of Spain, Trinidad on Friday. The two teams head into the contest with contrasting sets of fortune in their previous ODI series. While India away in England drubbed the reigning World Champions, West Indies had to endure a home series loss at the hands of Bangladesh.

West Indies would want to begin the series strongly as they look to win their first bilateral ODI series against India since 2006. The hosts would be relieved by the fact that a lot of India's top picks like Rohit Sharma, Virat Kohli, Rishabh Pant, Hardik Pandya and Jasprit Bumrah are not playing the series.
Ravindra Jadeja who was announced as the deputy to Shikhar Dhawan for the series is also unlikely to start in the first match as he has a small injury and KL Rahul is down with COVID-19.
"Right now, he (Jadeja) has a bit of a niggle so we don't know whether he will be ready or not for the first ODI," Dhawan said in the prematch conference.
For India, in the absence of senior pros, players who have been on the fringe in ODIs would want to leave their mark. Watch out for Ruturaj Gaikwad, Deepak Hooda, Sanju Samson, Ishan Kishan, Shubman Gill and Arshdeep Singh.
Read: 5 Indian players to watch out for
West Indies on their part would want to shed their habit of treating 50-over cricket like T20s and at least bat out the full quota of 50 overs to stay relevant in the contest.
"We have to bat out 50 overs and we have to put innings, and partnerships together. Somebody always has to be looking to score a hundred to hold the team together. I think we have batsmen who can bat, and bat for long periods." said head coach Phil Simmons.
To lend balance and experience to the team, West Indies have recalled former captain Jason Holder. The all-rounder was not part of the West Indies squad that played against Bangladesh. Holder's captaincy experience should also help skipper Nicholas Pooran who is in the early days of his captaincy reign.
Other key players for the West Indies will be Shai Hope, Akeal Hosein, Alzarri Joseph and Rovman Powell.
Read: 5 West Indies players to watch out for
Form Guide:
West Indies: L-L-L-L-L
India: W-L-W-W-W
Possible XIs:
India possible XI: Shikhar Dhawan (c), Ishan Kishan (wk), Shreyas Iyer, Suryakumar Yadav, Deepak Hooda, Axar Patel, Shardul Thakur, Yuzvendra Chahal, Mohammed Siraj, Prasidh Krishna, Avesh Khan.
West Indies possible XI: Nicholas Pooran (c), Shai Hope (wk), Shamarh Brooks, Keacy Carty, Jason Holder, Akeal Hosein, Alzarri Joseph, Brandon King, Kyle Mayers, Gudakesh Motie, Keemo Paul, Rovman Powell, Jayden Seales.
Players to watch out for
Shikhar Dhawan: With Rohit Sharma rested for the ODI series, senior opener Shikhar Dhawan has been made the captain of the Indian team. The 36-year-old is the senior-most batsman in the squad and will be expected to give India a solid start at the top of the order. Dhawan, who now only features in India's ODI teams, had a poor series against England managing scores of 1, 9 and 31 in his three outings.
Shai Hope 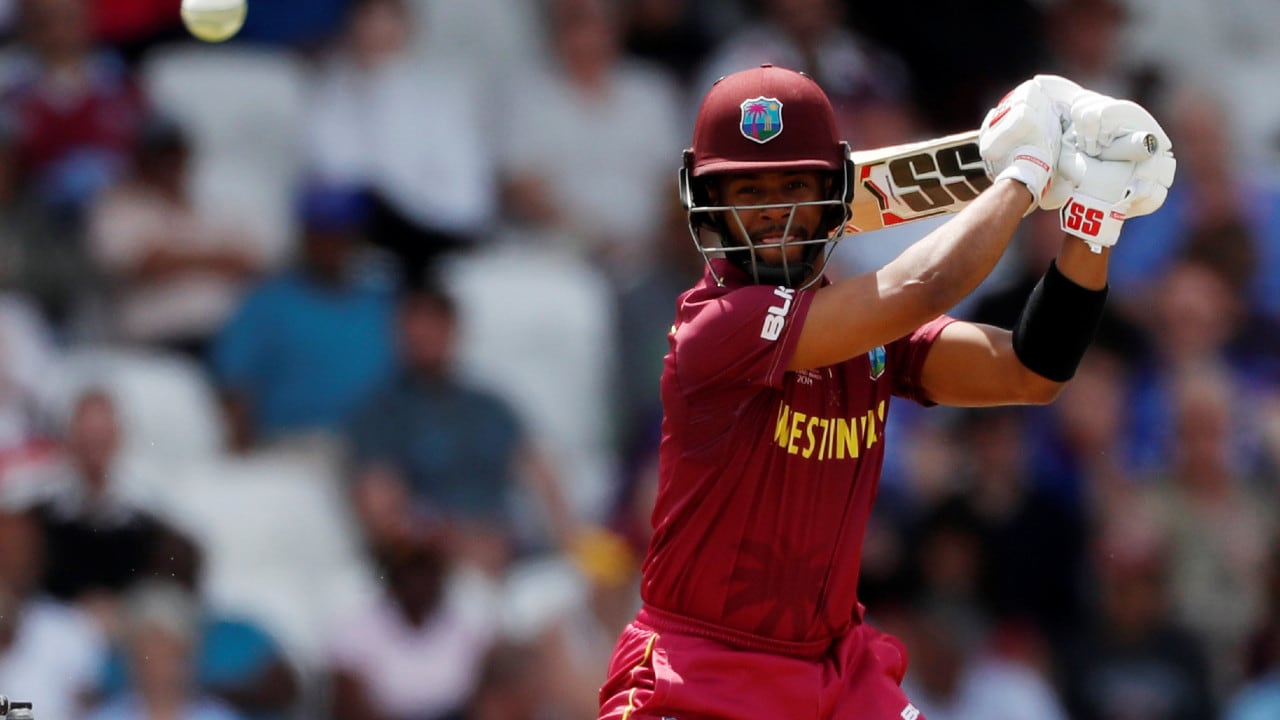 Shai Hope is the vice-captain of the ODI team. The wicketkeeper-batsman is the only West Indian to be ranked in the Top 20 in the ICC men's ODI batting rankings. Hope, who ranks 13th, had a disappointing ODI series against Bangladesh — he could only manage scores of 0, 18 and 2. But Hope's recent scores could mean little against India. The 28-year-old likes playing against India. Hope has scored 733 runs against the visitors in 19 innings, and averages 45.81. This includes four fifties and two hundreds. Indian bowlers will have to be careful against Hope
Pitch and conditions
Expect a good hard batting pitch for the series opener.
There are chances of rain ahead and during the course of the match. It had rained at Queen's Park Oval ahead of the series opener which forced the  Indian cricket team to train indoors.
Where to watch:
The match starts at 7.00 PM IST and it will be streamed live on the FanCode app.
(Edited by : Abhishek Jha)
Check out our in-depth Market Coverage, Business News & get real-time Stock Market Updates on CNBC-TV18. Also, Watch our channels CNBC-TV18, CNBC Awaaz and CNBC Bajar Live on-the-go!