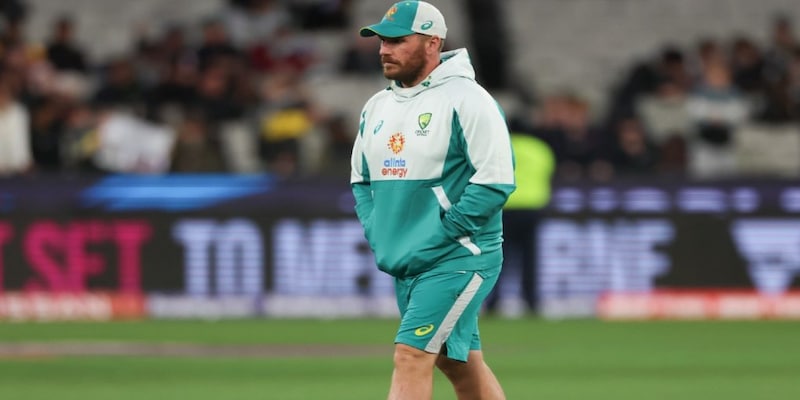 Hosts and defending champions Australia will be looking to save their faltering campaign in ICC T20 World Cup 2022 when they take on giant-killer Ireland at the Gabba on Monday. Both Ireland and Australia have had similar trajectories in the Super 12 stage of the World Cup.

Australia and Ireland will lock horns in a Group 1 match of the Super 12 stage of the ICC T20 World Cup 2022 at The Gabba on Monday.  Hosts and defending champions Australia will be looking to salvage their faltering campaign against giant-killing Irishmen.

Australia started their T20 World Cup 2022 on a disastrous note as they were thumped by New Zealand. But Australia bounced back hard to defeat Sri Lanka in their next outing. The Aaron Finch-led side would have loved to register back-to-back wins against old rivals England but the Australia-England match had to be abandoned without a ball being bowled due to incessant rains.
Also Read: T20 World Cup 2022 - From IND vs PAK to BAN vs ZIM, visit the five dramatic last-over finishes
After qualifying for the Super 12 stage of the World Cup, Ireland tasted defeat at the hands of Sri Lanka before they shocked England in a rain-affected match. Like Australia, Ireland's previous match too got washed out due to poor weather.
Similar trajectories of the two teams in the Super 12 stage has meant that both Ireland and Australia have 3 points each but Ireland are placed third in Group 1 while the Aussies are a spot behind at fourth. The difference is standings is due to Ireland's better net run rate of -1.170 against Australia's net run rate of -1.555.
A win is this game is crucial for either side to cling on their hopes for a semifinal spot.
Australia's biggest worry ahead of this match is the form of the openers David Warner and Aaron Finch. All-rounder Glenn Maxwell hasn't been at his best with the bat either. The faltering batting could make Finch bring Steve Smith back in the playing XI. Smith had to warm the bench against New Zealand and Sri Lanka.
Against the World Champions, Ireland captain Andy Balbrine would want his middle-order batsmen and the bowlers to come good. On the brighter side, Balbrine came up a with crucial fifty and Joshua Little picked two wickets in the win against England.
Form Guide (last five matches)
Australia: W-L-L-L-W
Ireland: W-L-W-W-L
Australia vs Ireland Head to head
Matches played: 1
Australia wins: 1
Ireland wins: 0
Also Read: Virat Kohli is the most complete batsman, says this former Indian coach
Pitch:
The dramatic match between Zimbabwe and Bangladesh at the Gabba showed that the pitch should be fast with a lot of bounce and carry on offer for the pacers.
Weather:
The weather for the major part of the match could be clear but the clouds and the rain could visit the Gabba later in the day
Possible XIs
Australia possible XI:  David Warner,   Aaron Finch (c), Mitchell Marsh, Steve Smith, Marcus Stoinis, Tim David, Matthew Wade (wk), Pat Cummins,  Mitchell Starc, Adam Zampa,  Josh Hazlewood
Ireland possible XI:  Paul Stirling,  Andy Balbirnie (c),  Lorcan Tucker (wk), Harry Tector,  Curtis Campher,  George Dockrell, Gareth Delany, Mark Adair,  Fionn Hand, Barry McCarthy, Josh Little
Top fantasy pick suggestions
Batsmen: David Warner, Andy Balbirnie, Tim David
Wicketkeepers: Matthew Wade
Allrounders: Curtis Campher and Marcus Stoinis
Bowlers: Adam Zampa, Pat Cummins, Josh Little
Betting odds (bet 365)
Australia: 1.07
Ireland: 9.00
Where to watch
The match begins at 1.30 PM IST. In India, the match will be broadcast on the Star Sports Network. Online viewers can follow the live-action via Disney+Hotstar.
(Edited by : Priyanka Deshpande)
Check out our in-depth Market Coverage, Business News & get real-time Stock Market Updates on CNBC-TV18. Also, Watch our channels CNBC-TV18, CNBC Awaaz and CNBC Bajar Live on-the-go!