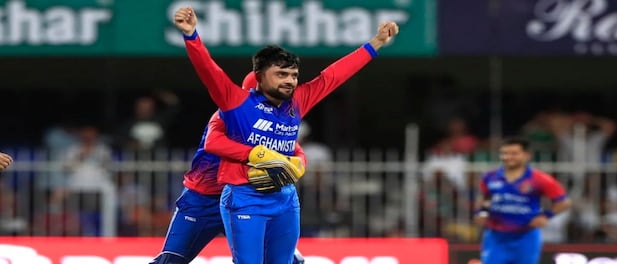 In Rashid Khan, Mujeeb Ur Rahman and captain Mohammad Nabi, Afghanistan has one of the best spin attacks in the competition and could trouble any team if conditions suit. Afghanistan's chances rely on how well these three spinners bowl on Australia's fast bouncy pitches.

Inexperience in Australia’s sometimes hostile cricket conditions isn’t likely to unnerve an Afghan team that is all too familiar with having to overcome adversity.

With its highly-rated assembly of spinners led by Rashid Khan and a fast improving group of pace bowlers, Afghanistan has the ability to surprise the more experienced teams at the Twenty20 World Cup.
The Afghan squad is in a tough group in the Super 12 stage with defending champion Australia, last year’s runners-up New Zealand, 2010 winner England and a qualifier likely to be Sri Lanka, which won the title in 2014 and has reached two other finals.
Still, the aim to advance beyond the group stage.
Under new batting coach Jonathan Trott of England and bowling coach Umar Gul of Pakistan, Afghanistan did well in its build up for the T20 World Cup when it qualified for the Super 4 stage of Asia Cup in the United Arab Emirates last month.
Although it lost all three Super 4 games against Pakistan, India and Sri Lanka, Afghanistan started off the Asia Cup with a bang by beating eventual champion Sri Lanka in its opening group game.
But how Afghanistan batters cope with the bounce of Australian pitches will be a big question mark for the team whose best finish in a T20 World Cup is qualifying for Super 10 stage in 2016 in India, where it beat eventual champion West Indies by six runs.
Afghanistan couldn’t progress beyond the group stage in the 2010, ’12 and ‘14 editions and, after an improved performance in 2016, it finished fourth in its group last year in the UAE.
Read: Fresh concern for Australia as Warner suffers injury ahead of opener
STRENGTHS
The world’s most accomplished legspinner Rashid Khan has some experience of playing in Australia’s premier domestic T20 Big Bash League.
His experience with the Adelaide Strikers in the BBL could come in handy at Adelaide, where Afghanistan will take on the hosts in its last group game. Rashid has the best record of an overseas bowler in the BBL, picking up 92 wickets in 61 games for Strikers and surely has the ability to turn a game on his own.
Alongside Mujeeb Ur Rahman and captain Mohammad Nabi, Afghanistan has one of the best spin attacks in the competition and could trouble any team if conditions suit.
Another globetrotting cricketer, legspinner Qais Ahmad, has also been recalled since last playing an international T20 in March, giving Afghanistan plenty of options in the slow bowling department.
Mujeeb’s bowling in the batting powerplay could come in handy for Afghanistan as he has the capability of striking with the new ball. Rashid, who often comes into the attack soon after the first six overs of batting powerplay, has the ability to keep batters in check with his sharp googlies and leg breaks and he could also challenge the batters in the death overs.
Since Gul was hired in May, pace bowlers Fazalhaq Farooqi and Naveen-ul-Haq have improved, and performed well in the Asia Cup despite the pitch conditions.
WEAKNESSES
Hard-hitting opening pair of Rahmanullah Gurbaz and Hazratullah Zazai have virtually no experience of playing on bouncy wickets that are common in Australia.
They have proven their big-hitting skills in the powerplay on more helpful sub-continent conditions, but their real test will come in Perth when they take on the likes of express fast bowler Mark Wood of England in the opening game.
Ibrahim Zadran and Najibullah Zadran also have no experience of playing in Australian conditions, leaving questions marks about their ability to provide their team with competitive totals to defend or to chase against formidable fast bowlers from Australia, England and New Zealand.
___
SQUAD
Rahmanullah Gurbaz, Najibullah Zadran, Qais Ahmad, Hazratullah Zazai, Usman Ghani, Mohammad Nabi (captain), Mujeeb Ur Rahman, Ibrahim Zadran, Darwish Rasooli, Azmatullah Omarzai, Mohammad Saleem, Fazalhaq Farooqi, Fareed Ahmad, Naveen-ul-Haq, Rashid Khan
Reserves: Afsar Zazai, Sharafuddin Ashraf, Gulbadin Naib, Rahmat Shah.
Also Read: Captain Temba Bavuma's poor form could jinx South Africa's chance to lift first ICC trophy
Check out our in-depth Market Coverage, Business News & get real-time Stock Market Updates on CNBC-TV18. Also, Watch our channels CNBC-TV18, CNBC Awaaz and CNBC Bajar Live on-the-go!