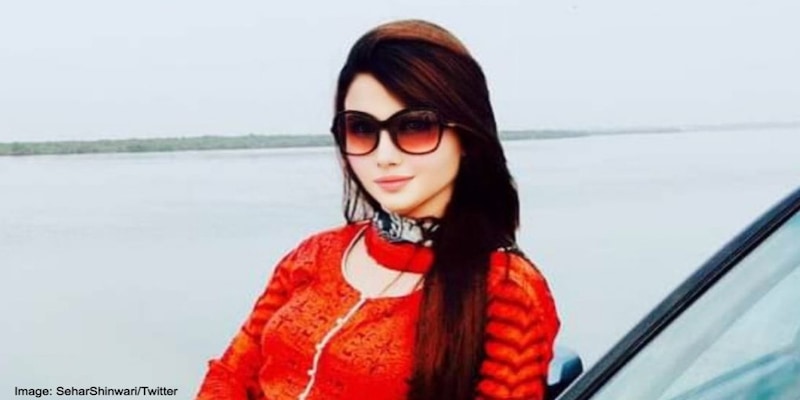 Pakistani actor Sehar Shinwari has pledged on Twitter that she “will marry a Zimbabwean guy, if their team miraculously beats India in next match.” The two teams are scheduled to clash on November 6 at the ICC T20 World Cup 2022.

Pakistan have managed to keep their faint hopes of making the T20 World Cup 2022 semifinals alive with a win against South Africa on Thursday, November 3. However, their fate isn't in their own hands as they need either India or South Africa to lose their final game to move into the top two spots on the Group 2 table.

All six teams in the group are next in action on November 6, with Pakistan taking on Bangladesh while India and South Africa face Zimbabwe and Netherlands, respectively.
A defeat for India coupled with a Pakistan win would be the dream scenario for Babar Azam's team as it will see the Men in Green knock out their neighbours courtesy a better net run rate.
Also Read
| Fake fielding row explained: Why is Virat Kohli being accused of unfair play by Bangladesh fans and what does the law say?
However, Zimbabwe would really need to punch above their weight to dethrone Rohit Sharma's men from top spot. India have lost just one game in the tournament so far and have looked in good form.
This hasn't stopped Pakistani actor Sehar Shinwari from hoping for a miracle on Twitter. In a tweet on November 3, Shinwari said, "I'll marry a Zimbabwean guy, if their team miraculously beats India in next match."

I'll marry a Zimbabwean guy, if their team miraculously beats India in next match 🙂

Zimbabwe have already pulled off one major upset in this tournament as they sealed a thrilling final over victory against Pakistan, beating them by 1 run. That remains the only victory for The Chevrons in the Super 12 stage leaving them in fifth spot on the table.
Shinwari meanwhile, is known for her tongue-in-cheek humor having earlier promised to leave Twitter if India beat Pakistan in their tournament opener. On October 23 she tweeted saying, “If India wins today, I'll delete Twitter forever and never come back”