Scoring for the Screen: Seven football films to watch during FIFA World Cup 2018

It has been an exceptional year for football films.

From Kerala to Costa Rica and Brazil to Portugal, filmmakers have worked hard to capture the drama surrounding the 'Beautiful Game' for the silver screen.

Films focusing on football are even ready to compete for honours at the highest level.

At the Cannes film festival in May, the top prize for the parallel section, Critic's Week, which premiered The Lunchbox in 2013, went to a football film.

Critics from around the world were pleasantly surprised to see the Real Madrid goalkeeper, Keylor Navas, at the Cannes festival, only a week before the Champions League final against Liverpool.

Navas, also the Costa Rican national team goalkeeper, flew into the French Riviera to present a biopic on him.

One of the highlights of this year's Tribeca festival was a football film based on a Brazilian player who conned his way into the country's top club.

Watch our pick of seven of the finest football films made in the last one year as you savour the action on the pitch.

Iconic football player Diamantino misses a crucial penalty for Portugal in a World Cup. His career ends in disgrace, but Tino, as he is affectionately called, isn't worried.

Tino refused to join the Chinese super league or Major League Soccer (MLS). He had found a new purpose in life on the eve of that match, when he accidentally encounters a group of refugees.

He adopts one of the refugees and takes on the powerful politicians who exploit his fame to achieve the exit of Portugal from the European Union.

Tino's character has an eerie resemblance to Portugal and Real Madrid forward Cristiano Ronaldo. Diamantino is a delirious comedy, which won the top prize at the Critic's Week in Cannes festival last month.

"We wanted to make a zany romantic comedy that played with contemporary conflicts such as the cult of celebrity, the rise of the extreme right, and the refugee crisis," said the directors. Carlos Henrique Raposo played for the top Brazilian teams such as Flamengo, Fluminense and Botafogo in a career spanning over two decades.

Well, it is incorrect to say he played, because Raposo was a conman who made everyone believe that he was a football player. Nicknamed Kaiser, because he looked like the German football great Franz Beckenbauer, Raposo never played a game.

Whenever he was selected in the starting eleven, he would suddenly become ill. Injuries seemed to follow him like flies. He was a rock star in Brazilian football in the 1980s and enjoyed his so-called professional life, not by playing, but partying.

He made friends with the best players and sports journalists to stay in the limelight. Now 55, Raposo appears in the documentary on himself to reveal everything about his career. 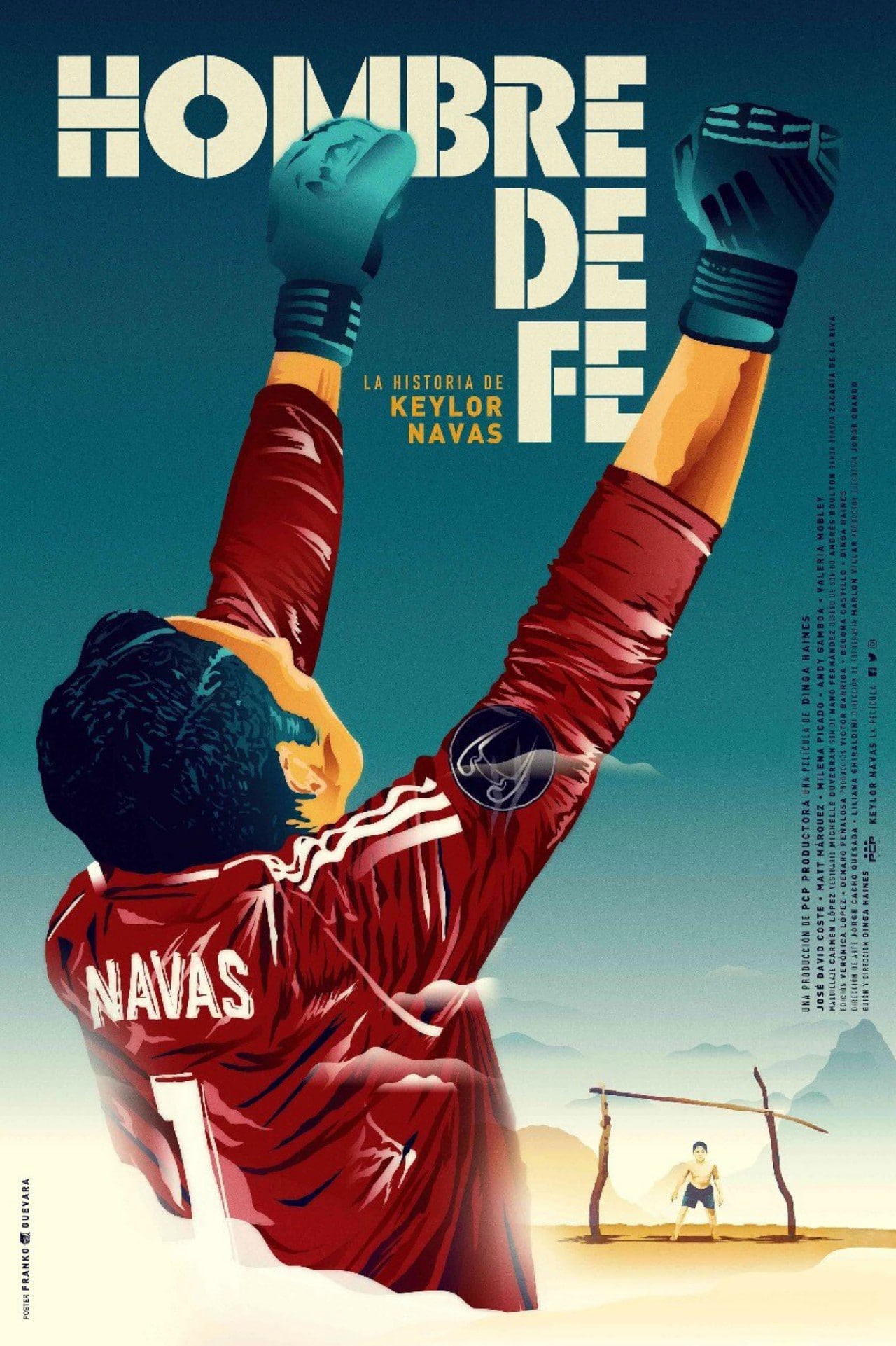 The film tells the story of Real Madrid goalkeeper, Keylor Navas, who decided, as a young boy, to become a custodian of the goal.

To achieve his dreams of becoming a professional player and helping his poor family, the kid leaves his rural neighbourhood for the Costa Rican capital of San Jose.

The biopic shows how an young Navas faces the challenges to build a strong character to succeed at the international level.

"I see a lot of films and love watching super-hero movies," said Navas, Costa Rica's hero in 2014 World Cup held in Brazil. He helped the country reach the quarterfinals. Once again, the country is looking forward for his super-hero powers in Russia. The film is titled Goalseeker in English. The feature film, titled Let the Girls Play in English, explores the origin of the first French women's football team in the 1960s. The story goes back to 1968 in the eastern French city of Reims.

A sports journalist with a local newspaper sets out to organise a football match for women during the annual carnival of a company.

The idea is to settle scores with his boss because those days women didn't play football. But what started out as a joke becomes a serious game, leading to the formation of the first women's football team in France.

In those days, the French Football Federation didn't issue licenses to women players. But the girls of Reims rewrote history, while fighting against prejudice. "I fell in love with the story," said director Julien Hallard, "There is a modern echo in this story." 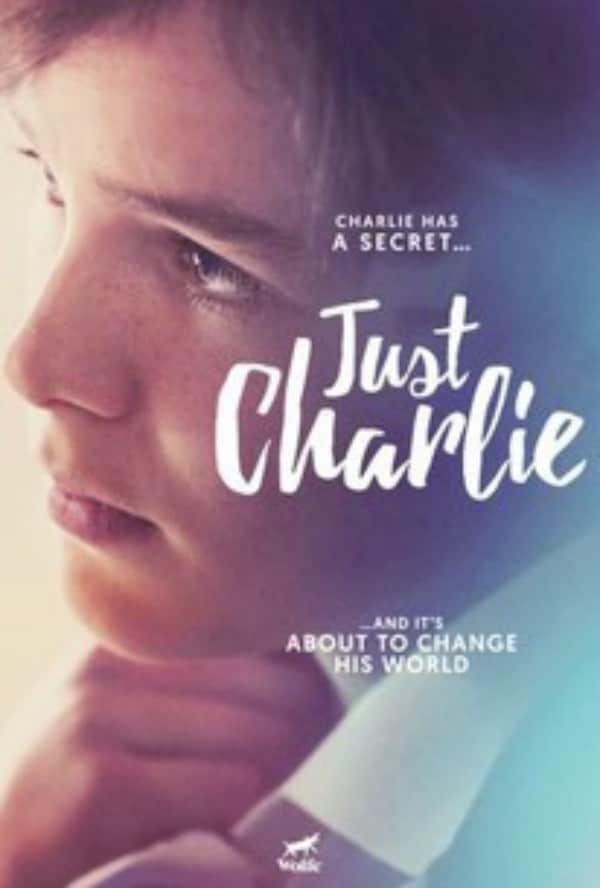 Charlie is a rising football star. The teenager is well on his way to play in the best league in the world. At that moment, Charlie is faced with the family's expectations and his own gender identity.

Centered on a transgender theme, the film tackles gender dysphoria in the story of a football player. On one side, it is the pride of a family and on the other, a dream crushed under distress.

British actor Harry Gilby plays Charlie, who wants to live as her own self, a role which won the young actor the most promising newcomer nomination at the British Independent Film Awards last year.

Look out for Gilby as the young JRR Tolkien in the upcoming biopic on the Lord of the Rings' author. British stage and film actor Scot Williams, who acted in the television drama Hillsborough on the 1989 Liverpool stadium tragedy, plays the role of Charlie's father. Set in Malappuram district, Kerala's football capital, the Malayalam film focuses on the seven-a-side club tournaments in the district.

Majeed, the manager of one of such clubs, recruits three players from Nigera to shore up its shrinking fortunes. Samuel, one of the Nigerian players, got injured and was unable to play.

Eager to save every penny, Majeed takes Samuel to his home to recuperate. The film explores the bond between the manager and the player as both of them navigate their troubles.

Released ahead of the Russia World Cup, the film was a runaway hit in Kerala, with its humbling humanism endearing it to football and film fans alike. 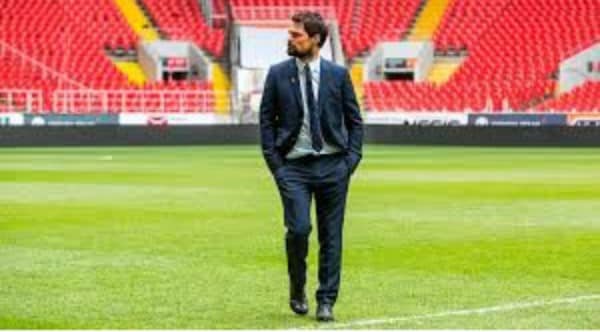 There is at least one mainstream movie to inspire the World Cup hosts. Released in Russian theatres in April, the film tells the story of how a missed penalty changes the life of a member of the Russian football team.

Forced to retire, he moves to a small town to take up the job of a provincial team's coach. He is determined not to fail twice.

The project was supported by the chairman of Russia's successful World Cup bid, Vitaly Mutko, a former president of FC Zenit.