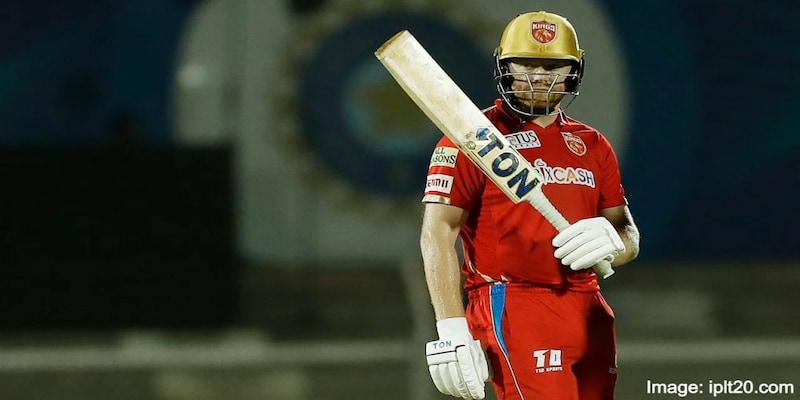 Punjab Kings (PBKS) saw their foreign stars deliver with big performances as they sealed a massive 54-run victory over Royal Challengers Bangalore (RCB) in what was a must-win encounter for the franchise at the Brabourne Stadium, Mumbai on Friday, May 13.

The victory keeps Punjab’s hopes of making the Indian Premier League (IPL) 2022 playoffs alive as they move up to sixth on the Points Table while RCB remain in fourth spot but are now vulnerable as teams look to chase them down.
Player of the Match Jonny Bairstow (66 off 29 balls) gave PBKS a quick start before handing over to Liam Livingstone (70 off 42 balls) as the two Englishmen helped fire Punjab to a dominant total of 209/9.
Kagiso Rabada (3/21) then picked up wickets at regular intervals as Punjab sealed an important 54-run victory to stay alive in the competition.
The defeat for RCB means that while they still hold on to fourth spot, they can now be chased down as they have just one game left to play in the group stages.
Catch the latest updates from Tata IPL 2022 here
RCB’s run-chase got off to a quick start as Faf du Plessis and Virat Kohli fired them to 31/0 in the first three overs. However, Kohli’s poor luck continued as Kagiso Rabada entered the attack and immediately got the breakthrough in the 4th over.
Kohli (20 off 14 balls) failed to get any bat on the ball when looking to pull but the ball just brushed his glove before hitting him on the hip and carrying to the fielder at short fine leg.
du Plessis (10) followed him to the dugout in the next over as Rishi Dhawan (2/36) entered the attack and got him caught behind. Mahipal Lomror (6) walked out and got off the mark with a six but Rishi sent him back on the very next ball with a sharp short delivery to reduce RCB to 41/3 after 5 overs.
Glenn Maxwell and Rajat Patildar helped steady RCB with a solid 64-run partnership off 37 balls. However, the pair were split in the 11th over as Rahul Chahar tempted Patidar (26) into a wild slog and the RCB batter only found the man at long-on.
Click here for Orange Cap list from Tata IPL 2022
Harpreet Brar (1/33) then sent Maxwell (35 off 22 balls) packing in the next over with RCB reduced to 106/5 after 12 overs. However, with Dinesh Karthik and Shahbaz Ahmed at the crease, RCB still had hope but Arshdeep Singh and Rabada struck in double-quick time to put the game beyond doubt.
Arshdeep (1/27) got Karthik (11) caught at short fine leg in the 15th over and Rabada then got rid of Shahbaz (9) in the very next over.
Chahar (2/37) then doubled his tally with the wicket of Hasaranga (1) in the 17th over with Harpreet Brar taking a superb catch at deep midwicket. Brar leapt backwards to grab the ball with both hands at the edge of the boundary and then had the presence of mind to lob it back inside as his momentum carried him over the ropes before returning to complete the catch.
Rabada (3/21) wrapped up an impressive night as he got Harshal Patel (11) to slice a short delivery to extra cover as RCB could only manage 155/9 in reply.
Earlier at the Toss, du Plessis won the Toss and opted to bowl as RCB named an unchanged team. PBKS made one change with Harpreet Brar coming in for Sandeep Sharma.
Bairstow got off to a flying start with a six against Maxwell in the first over and he then hammered 2 fours and 2 sixes against Josh Hazlewood in the 2nd over. His blazing start saw PBKS reach the 50-run mark inside 4 overs.
Shikhar Dhawan (21 off 15 balls) however couldn’t match his opening partner’s aggression and was castled when looking to attack Maxwell in the 5th over. Bairstow then thumped Mohammed Siraj for a four and 3 sixes in the 6th over to bring up his half-century off just 21 balls and help PBKS post 83/1 in the powerplay.
Click here for Purple Cap list from Tata IPL 2022
Wanindu Hasaranga entered the attack in the 7th over and struck immediately as he got his Sri Lankan teammate Bhanuka Rajapaksa (1) caught at short third man.
Shahbaz Ahmed then got Bairstow’s caught out in the 10th over with the PBKS opener walking back with 66 off 29 balls after hitting 4 fours and 7 sixes.
Mayank Agarwal (19) got off to a decent start but was bounced out by Harshal Patel in the 15th over.
Hasaranga meanwhile wrapped up an impressive spell of 2/15 when he got rid of Jitesh Sharma (9) in the 17th over. His two wickets also saw him take his season's tally up to 23 wickets and wrestle the Purple Cap away from Yuzvendra Chahal .ip
Harshal returned to the attack in the 18th over and got Harpreet Brar (7) caught behind but there was no stopping Liam Livingstone who brought up his fifty with a boundary against Hazlewood on the 1st ball the 19th over. He then celebrated by slamming Hazlewood for 2 sixes and another four in the over as the Aussie pacer finished with horrible figures of 0/64.
Livingstone (70 off 42 balls) was finally dismissed by Harshal (4/34) in the final over and the RCB pacer also bagged the wicket of Rishi Dhawan (7) in the over before Rahul Chahar was Run Out on the final delivery as PBKS posted a massive total of 209/9.
Check out our in-depth Market Coverage, Business News & get real-time Stock Market Updates on CNBC-TV18. Also, Watch our channels CNBC-TV18, CNBC Awaaz and CNBC Bajar Live on-the-go!