Monday night's game is crucial for both Manchester United and Liverpool. Should Manchester United manage to beat Liverpool, they will leapfrog their arch-rivals in the Premier League table. The win will also induce some much-needed confidence in the team which the side is clearly lacking at the moment. If Liverpool ends up winning at Old Trafford, they will jump into the top half of the league and it would help them keep pace with title challengers Manchester City. The stakes couldn't be higher.

Hungry for their first win of the 2022-23 campaign, Manchester United and Liverpool will renew their rivalry at Old Trafford on Monday night in the season's first North-West Derby.
Both clubs have endured a tough start in the latest edition of the Premier League with Manchester United struggling more than their rivals.
United under new manager Erik Ten Hag suffered a shocking 1-2 loss against Brighton at home on the opening weekend of the season. It was Brighton's first win in ten visits to Old Trafford. The problems only compounded for the thirteen-time Premier League champions when they succumbed to an embarrassing 0-4 loss against Brentford the following week.
If Brighton had enjoyed a rare win at Old Trafford, then Brentford’s registered the first victory against Manchester United since 1938. The two losses have washed away all the pre-season optimism that United fans had from Ten Hag. What is worrying is Manchester United sit at the bottom of the Premier League table heading into the match against Liverpool.
Also Read: The business of football — How Europe's 'big five' leagues stack up against each other
Liverpool themselves are not in a pretty place as they would have wished before taking on United. Last season's Premier League runner-up could only salvage a 2-2 draw against promoted side Fulham in their first Premier League match of the season.
Liverpool next sought home comfort at Anfield but the Reds had to again settle for a draw this time against Crystal Palace. The proceedings against Crystal Palace turned ugly for the hosts when striker Darwin Núñez was shown a straight red card for a headbutt on Crystal Palace defender Joachim Andersen. The straight red card implies that Liverpool's £64m summer signing was suspended for three subsequent games including the one against Manchester United. The two draws have left the Jurgen Klopp-managed side 15th in the league standings.
Crucial game
Monday night's game is crucial for both teams. Should Manchester United manage to beat Liverpool, they will leapfrog their arch-rivals in the Premier League table. The win will also induce some much-needed confidence in the team which the side is clearly lacking at the moment. If Liverpool ends up winning at Old Trafford, they will jump into the top half of the league and it would help them keep pace with title challengers Manchester City.
Team News
Manchester United
One thing that will keep Manchester hopeful is that most of their first-choice players are fit and available for selection. Only defender Victor Lindelöf and midfielder Facundo Pellistri are out with long-term injuries. Forward Anthony Martial remains doubtful for this match.
Read: As Glazers face the heat, here are the people linked to buying Manchester United
Liverpool
Liverpool are suffering a glut of injuries. First-team players Joël Matip, Ibrahima Konaté, Diogo Jota, Thiago, Alex Oxlade Chamberlain and Curtis Jones are all out of contention for the team selection with various injuries. Darwin Núñez remains suspended owing to the red card. Forward Roberto Firmino and mid-fielder Naby Keïta also remain doubtful for the contest.
Possible starting XI
Manchester United (4-3-3)
De Gea, Dalot, Varane, Martinez, Malacia, Eriksen, Fred, Fernandes, Rashford, Ronaldo, Sancho
Liverpool  (4-3-3)
Alisson, Alexander-Arnold, Gonez, van-Dijk, Robertson, Elliot, Fabinho, Henderson, Diaz, Firmino, Salah
Player to watch out for
Cristiano Ronaldo

Cristiano Ronaldo remains United's biggest bet against Liverpool. The star striker is yet to score his first goal this campaign but big matches like this one fire Ronaldo like nothing else. Ronaldo was United's top scorer last season and despite his transfer shenanigans he could turn to be the match winner for the Red Devils.
Mohamed Salah 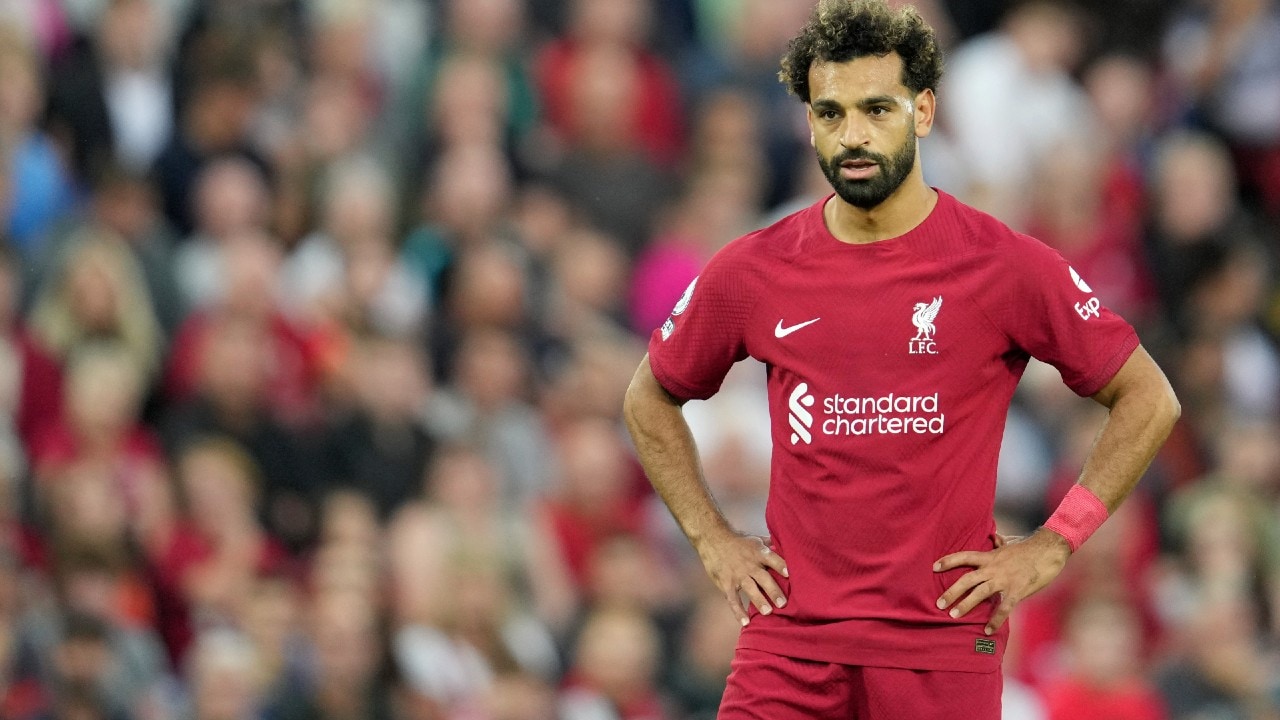 The last time Liverpool visited Old Trafford, they ended up thrashing United 4-0 thanks to a hat-trick by forward Mohamed Salah. In fact, Salah has netted six goals in the last three encounters against Manchester United. Salah has already opened his account for this season and will be hungry to add more goals to it.
Head to Head (last six matches)
Manchester United: 2
Liverpool: 3
Draw: 1
Where to watch
The kickoff is at 12.30 AM IST. The match will be shown live on the Starsports network. Online the match can be viewed on the Disney+Hotstar app.
(Edited by : Abhishek Jha)
Check out our in-depth Market Coverage, Business News & get real-time Stock Market Updates on CNBC-TV18. Also, Watch our channels CNBC-TV18, CNBC Awaaz and CNBC Bajar Live on-the-go!