Paris 2024 Olympic Games: Organisers reveal unique mascot that represents an 'ideal' rather than an animal

Paris 2024 Olympic Games: Organisers reveal unique mascot that represents an 'ideal' rather than an animal 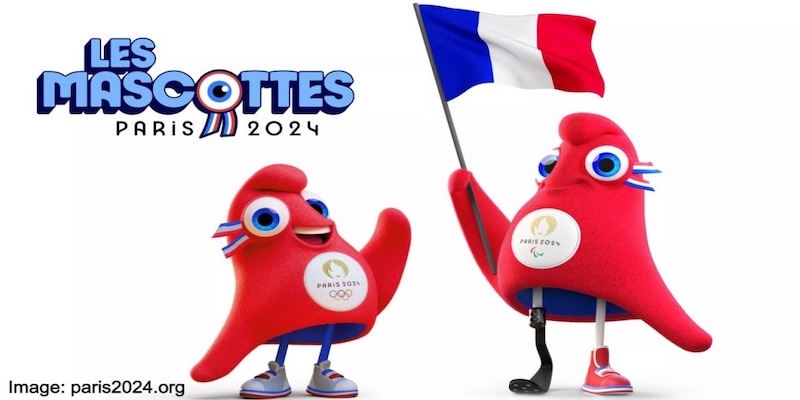 "The Phrygian cap embodies the ability we all have together when we collectively decide to rise up to strive for better," Paris organising committee brand director Julie Matikhine said.

The mascots for the 2024 Paris Olympics and Paralympics have been revealed — a Phrygian cap.

The soft bright red cap, also known as a liberty cap, is an updated version of a conical hat worn in antiquity in places such as Persia, the Balkans, Thrace, Dacia and Phrygia, a place in modern day Turkey where the name originates.
It later became a symbol of the pursuit of liberty in the French Revolution — and is still worn by the figure of Marianne, the national personification of France since that time.
Also Read
| FIFA World Cup 2022: Top ten defenders to watch out for at the showpiece event in Qatar
The Olympic cap is triangular in shape, and comes complete with friendly smile, blue eyes, tricolor ribbon and big colored sneakers. The Paralympic version features a prosthetic leg that goes to the knee.
Organisers said they didn't want to choose an animal or other creature, like mascots at previous Games, but instead wanted something that represented an "ideal." They said they chose the cap as an "allegory of freedom." The choice to use it for the Paris Games seems to draw out links between modern France and the ancient world.
"The Phrygian cap embodies the ability we all have together when we collectively decide to rise up to strive for better," Paris organising committee brand director Julie Matikhine said.
"This was the case during the French Revolution and it will be the case once again with the Paris 2024 Olympic Games because this is a revolution through sport."
Check out our in-depth Market Coverage, Business News & get real-time Stock Market Updates on CNBC-TV18. Also, Watch our channels CNBC-TV18, CNBC Awaaz and CNBC Bajar Live on-the-go!