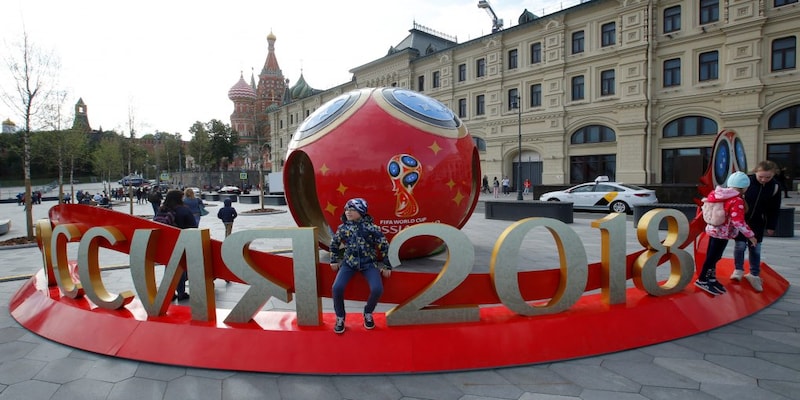 Many stars of the 2014 World Cup triumph like Muller, Ozil, Khedira, Kroos, Hummels, Boateng, and Neuer would seek to defend their crown.

Defending champions Germany face their toughest test in Group F as they play Mexico in their opening game of the 2018 FIFA World Cup Russia. Mexico over the years have been extremely efficient in navigating tough groups while Sweden and South Korea are obdurate and resilient teams, thus making this fixture extremely crucial for Joachim Low’s men.

By dropping Leroy Sane from the squad, Low created a few ripples considering the young starlet’s superlative season with Manchester City where he won the PFA Young Player of the Year award. Sane’s pace, crossing ability, and modus operandi of beating full backs on the outside rather than cutting in from the wings are qualities which many teams would crave for. But a sub-par performance in the recently concluded friendly against Austria led the management to go with Brandt instead of him.
Notwithstanding the dropping of Sane, Germany arguably look the stronger side.  Many stars of the 2014 World Cup triumph like Muller, Ozil, Khedira, Kroos, Hummels, Boateng, and Neuer would seek to defend their crown. They are joined by emerging players such as the right back Kimmich, forward Timo Werner, box to box midfielder Goretzka and midfield maestro Ilkay Gundogan. In Jonas Hector, Germany have finally found an answer to their long standing left back conundrum. The only point of contention is the forward line Low opts to start, with options aplenty in the form of Draxler, Reus, Brandt, Muller, Werner and Gomez.
Their opponents, popularly referred to as El Tri, would seek to ruffle a few feathers in what many deem a very competitive Group. The managerial tenure of Osorio has been marked with criticism, especially for his defensive style of play. His constant tinkering with the starting XI has been another cause for consternation. But Osorio, who studied in England for his coaching badges and coached in the United States, isn’t averse to being flexible with his lineups and adapting to oppositions.
Defensive solidity has been the fulcrum of his stint, and it will be the foundation for his star forwards to shine. The back 5 of Ochoa, Salcedo, Reyes, Moreno, and Layun will be supplemented by a versatile and tactically midfield 3. Marquez in the deep lying playmaker role will be crucial in keeping possession moving while Hector Herrera and Andres Guardado with their immense work rate and shooting ability will be expected to trouble Kroos and Khedira. The front three will see Javier Hernandez in the centre forward role, Lozano as a right sided winger who will look to cut in with his penetrative runs, and Giovanni Dos Santos who should play in a free flowing role down the left. Mexico will look to pressurize the German midfield and use their forwards in counters to get a positive result.
Player to Watch
Germany
Marco Reus: The 2018 World Cup will be the first major tournament Reus will play for Germany. He missed the last edition in Brazil and Euros due to injury and will be seeking to make a mark this time around. Germany are masters at keeping the ball, but lack pace in the attacking third. His dribbling ability, crossing, curling shots and ability to link with forwards will be an invaluable asset and will ensure that the likes of Herrera and Guardado are engaged defensively.
Mexico
Andres Guardado- The Mexican captain had an excellent La Liga season in Real Betis under the tutelage of the philosophical Quique Setien. Guardado played in multiple positions for Betis, as he adapted to the 3-5-2, 3-4-3, 4-4-2, and 4-3-3 formations. His learnings will be crucial in battling the passing skills of Khedira, Kroos and Ozil. WIth the ability to dictate play from deep, he could also be an alternative to Rafael Marquez if Osorio chooses to go with a more attacking option such as Marco Fabian or Jonathan Dos Santos.
Predicted lineups
Germany : 1-4-2-3-1
Neuer- Kimmich, Boateng, Hummels, Hector- Khedira, Kroos- Muller, Ozil, Reus- Werner
Mexico: 1-4-1-2-3
Ochoa- Salcedo, Reyes, Moreno, Layun- Marquez- Herrera, Guardado- Dos Santos, Hernandez, Lozano
Head to Head
Trivia - Mexico have faltered at the round of 16 hurdle in the last 5 World Cups.
Aniket Mishra is a freelance writer who will cover the Fifa World Cup for CNBC-TV18.com
Check out our in-depth Market Coverage, Business News & get real-time Stock Market Updates on CNBC-TV18. Also, Watch our channels CNBC-TV18, CNBC Awaaz and CNBC Bajar Live on-the-go!