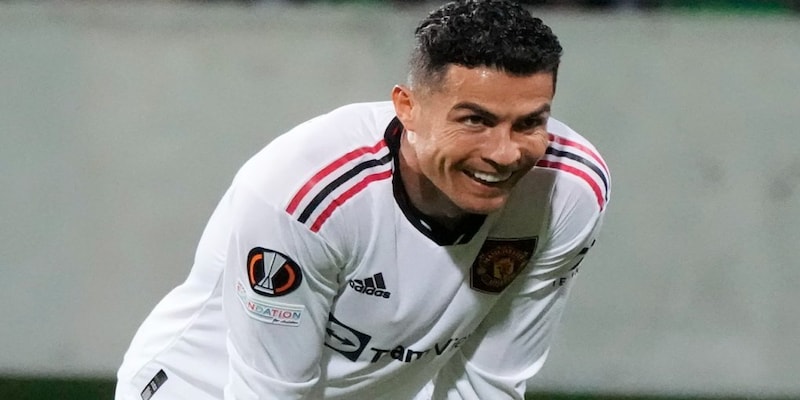 Ronaldo headed to the changing room before the final whistle. “ I don’t pay attention today,” Ten Hag said. “We deal with that tomorrow. I want to keep the focus on this team. It was a magnificent performance from all the 11 players," he added.

Cristiano Ronaldo strolled down the tunnel before Manchester United's 2-0 victory against Tottenham on Wednesday night, leading to Manchester United manager Erik ten Hag saying he will "deal with" the Portugal forward.

Ten Hag refused to expand on the situation during his post-match media duties, saying only that he would address the issue on Thursday.
"I don't pay attention today," Ten Hag said. “We deal with that tomorrow. I want to keep the focus on this team. It was a magnificent performance from all the 11 players," he added.
Ronaldo was criticised by his manager in the summer for leaving a preseason game against Rayo Vallecano at halftime. Ten Hag described it as unacceptable but later clarified that his comments were not solely aimed at the 37-year-old Ronaldo.
Meanwhile, Manchester United fans came down heavily upon Ronaldo.

To be fair, you can't blame Ronaldo for leaving early, it's been absolutely ages since he's had any attention.

Ronaldo has gone inside the tunnel before the end of the game.

Ronaldo was an unused substitute and has struggled to establish himself under Ten Hag and has scored just two goals in his 12 appearances.Ronaldo was an unused substitute and has struggled to establish himself under Ten Hag and has scored just two goals in his 12 appearances.
Second-half goals from Fred and Bruno Fernandes secured the win for United, which moves it to within one point of the top four. United now sits one point behind fourth-place Chelsea and four off Tottenham.
Ten Hag has performed spectacularly with standout wins against Liverpool and Premier League leader Arsenal already this season.
“I think it was the best team performance so far this season, so you see today we are developing, you see that in the last weeks the way we want to play, we want to get better every time on the pitch,” said Ten Hag. “I said to the lads in the dressing room it was really enjoyable to watch them.”
If not for Lloris, United would have held a sizeable lead by halftime, with the goalkeeper coming up with a host of impressive saves. Harry Kane’s effort from a tight angle just before halftime was as close as Tottenham came to taking the lead.
Ten Hag has seen his team fail to make the most of chances in front of goal in recent weeks — most recently the goalless draw with Newcastle on Sunday. But United was ahead at the start of the second half even if it relied on a touch of fortune when Fred's 47th-minute shot from outside the area was diverted past Lloris by the outstretched leg of Ben Davies.
Antonio Conte appeared helpless in the match as his players were repeatedly forced into errors and struggled to build attacks. “We have to be honest and say United deserved to win,” the Tottenham manager said. "They created chances to score. From our side we didn’t start the game and it was really difficult because I think we made a lot of mistakes in simple things.
“For sure not a good game for us, but I have to be honest and first of all with my players, this was not the first time for us this season.”
On one of the rare occasions Tottenham did look threatening that led United punished the visitors with 2-0 goal after 69 minutes.
- With inputs from AP
Also Read: Lionel Messi launches investment firm targeting sports and tech
Check out our in-depth Market Coverage, Business News & get real-time Stock Market Updates on CNBC-TV18. Also, Watch our channels CNBC-TV18, CNBC Awaaz and CNBC Bajar Live on-the-go!