The IPL, in terms of sheer valuation, will now be bracketed with the top-most sporting properties in the world alongside National Football League (USA), National Basketball Association (USA), and English Premier League (UK).

In one of the biggest broadcast deals in the history of cricket, the Board of Control for Cricket in India (BCCI) on June 14 fetched Rs 48,390 crore ($6.20 billion) through IPL media rights for a five-year period, starting in 2023. The most sought-after India digital rights deal was acquired for Rs 20,500 crore by the Reliance-backed Viacom18, which also won the non-exclusive Package C, paying another Rs 2,991 crore.
ALSO READ | Zee gets a 'buy' rating because it didn't win the bid for IPL media rights
While Disney Star retained their Indian sub-continent TV rights with a figure of Rs 23,575 crore (Rs 57.5 crore/game). The deal for packages A and B is for 410 matches across five years with 74 matches each in 2023 and 2024 and 84 each in 2025 and 2026.
There was also a Package C, where digital rights of 18 non-exclusive marquee games per season were up for grabs, and Viacom18 grabbed it with a winning bid of Rs 2,991.6 crore at the rate of Rs 33.24 crore per match. There are 90 matches in this package. Package D with a base price of Rs 3 crore per game with overseas TV and digital rights on offer was sold for more than Rs 1,300 crore to Viacom18 and Times Internet.
"Since its inception, the IPL has been synonymous with growth & today is a red-letter day for India Cricket, with Brand IPL touching a new high with e-auction resulting in INR 48,390 cr value. IPL is now the 2nd most valued sporting league in the world in terms of per match value," BCCI secretary Jay Shah said. 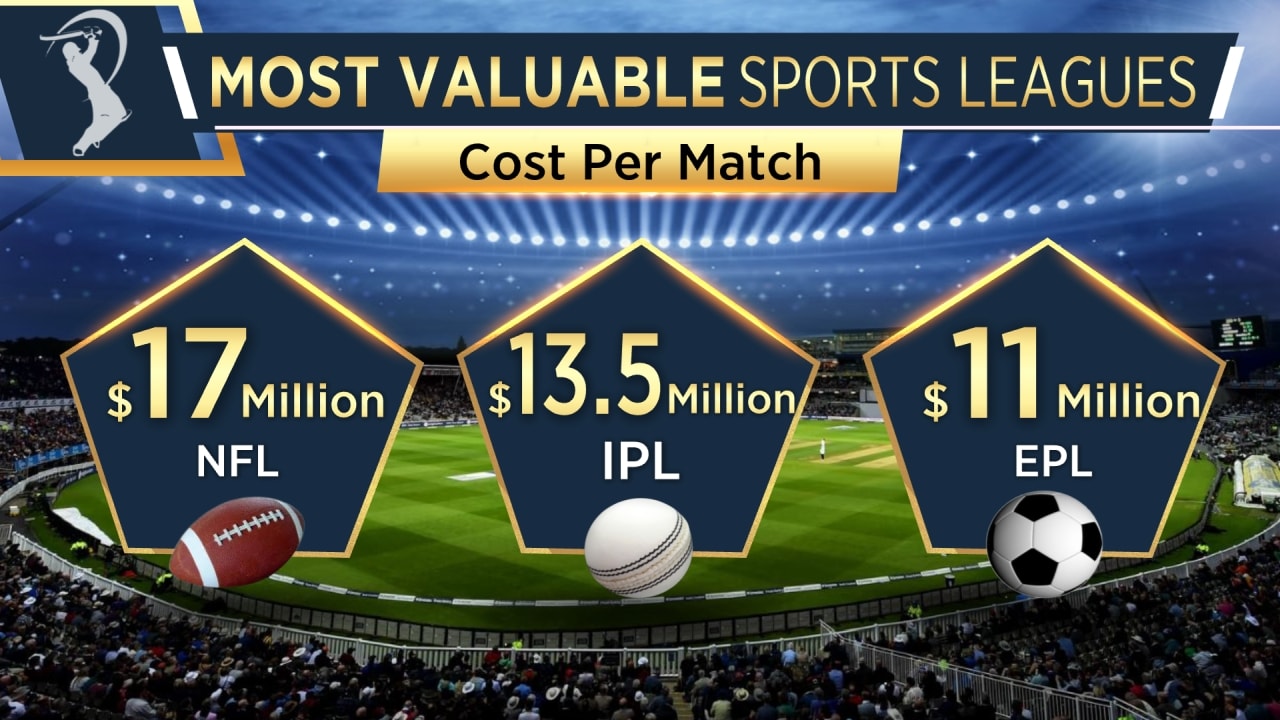 The IPL, in terms of sheer valuation, will now be bracketed with the top-most sporting properties in the world alongside National Football League (USA), National Basketball Association (USA), and English Premier League (England).
ALSO READ | New IPL media rights likely to see digital premium jump 2X but will it be a 'winner’s curse'?
The new deal also ends the monopoly of a single broadcaster. Sony had acquired the rights by paying Rs 8,200 crore for the first 10 years (2008-17) while Star with a bid price of Rs 16,347.50 won it for the next five years. The per IPL match value made more than a 100 percent jump from the previous Rs 54.5 crore to above Rs 114 crore (approx). Globally, the per match value ($14.61 million) in IPL is second only to NFL where every match is worth $17 million.
Disclaimer: Network18, the parent company of CNBCTV18.com, is controlled by Independent Media Trust, of which Reliance Industries is the sole beneficiary.
Check out our in-depth Market Coverage, Business News & get real-time Stock Market Updates on CNBC-TV18. Also, Watch our channels CNBC-TV18, CNBC Awaaz and CNBC Bajar Live on-the-go!
Tags