A report by Motilal Oswal finds that Mumbai emerged as the market leader, with record-high occupancies of over 80 percent owing to the 2022 season of the Indian Premier League (IPL) being hosted in the city.

From occupancy levels to average daily room tariffs, hotels across India have seen a noticeable spike in most key parameters. The revival started after the third wave of COVID-19 subsided, and a report by Motilal Oswal finds that Mumbai emerged the market leader, with record-high occupancies of over 80 percent owing to the 2022 season of the Indian Premier League (IPL) being hosted in the city.

The report also points out that the aggregate revenue for the big hotel players grew in the fourth quarter of the last financial year, which ended on March 31, 2022. 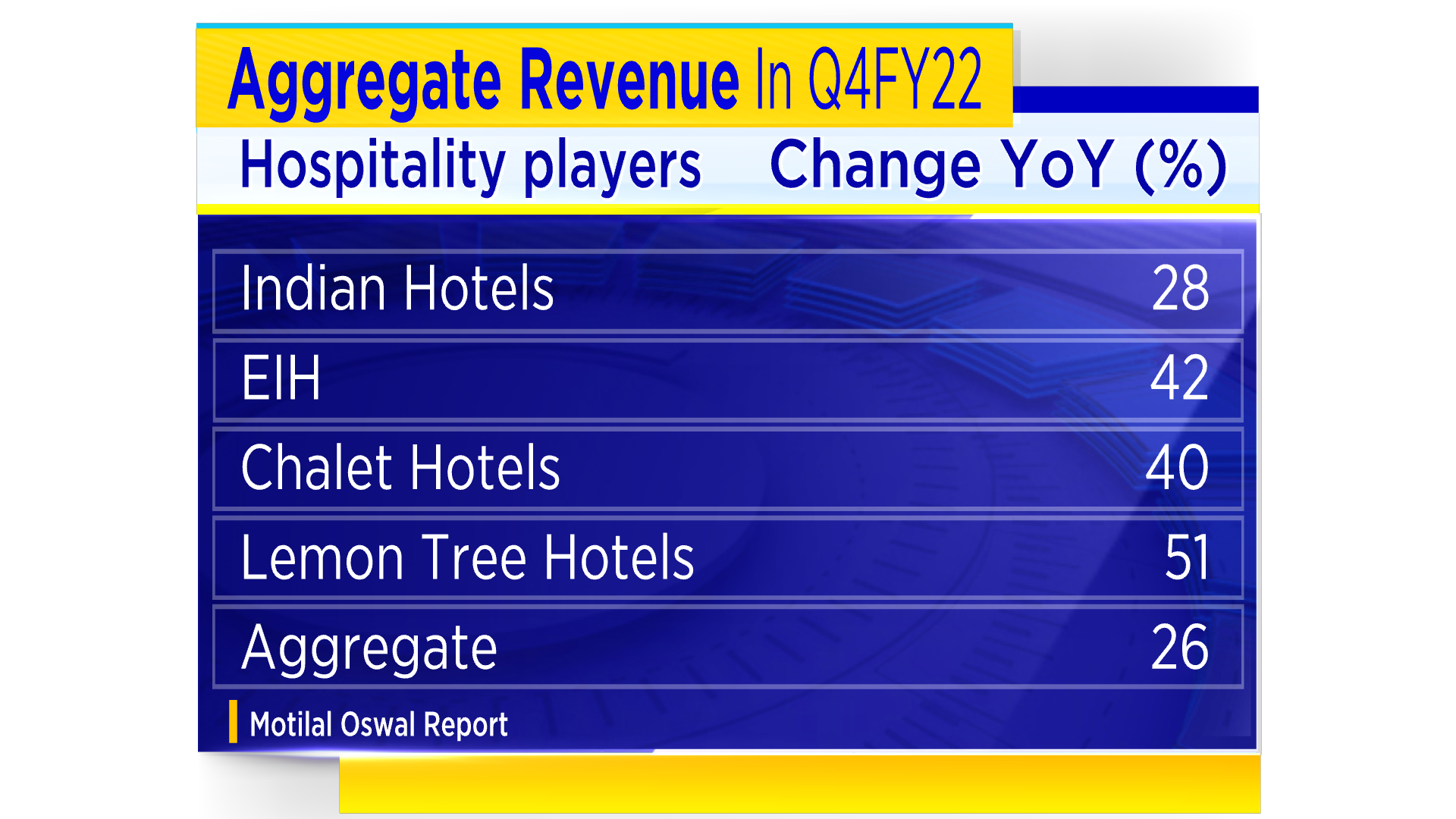 The IPL this time was mostly played in Mumbai with Wankhade, Brabourne and DY Patil stadiums hosting a majority of the league matches. Pune got some of the other league games, while the final stages were played at the Eden Gardens in Kolkata.
In fact, out of 74 matches in the tournament, Mumbai hosted 57 games as illustrated in the chart below. Now, each team books a large number of rooms in the hotels they are putting up to accommodate not only their players, but also their coaching and support staff.
Sanjay Sethi, MD and CEO, Chalet Hotels, in an interview with CNBC-TV18 just a month ago, mentioned the boost they got because of the tournament. Patanjali Keswani of Lemon Tree Hotels echoed a similar view on April 27, and pointed to an expected shortage of rooms in the near future.
"Room rate is certainly about IPL, because IPL has taken multiple rooms in multiple five-star hotels. So that was for a month or so, but my broader view is that you will see in the next six months at least a 20-25 percent increase in pricing across India in the hotel sector because there is clearly going to be a shortage of rooms."
Also Read | Domestic travel is back, as are premium prices at hotels
A JLL report recently indicated that hospitality establishments in Mumbai accounted for a massive spike in Revenue Per Available Room or RevPAR, which came in at 71.5 percent higher when compared to last year. Plus, with COVID-19 not being perceived with as grave a concern as it was last year, travel has begun to pick up. With it, hotels have started to do booming business.
Check out our in-depth Market Coverage, Business News & get real-time Stock Market Updates on CNBC-TV18. Also, Watch our channels CNBC-TV18, CNBC Awaaz and CNBC Bajar Live on-the-go!