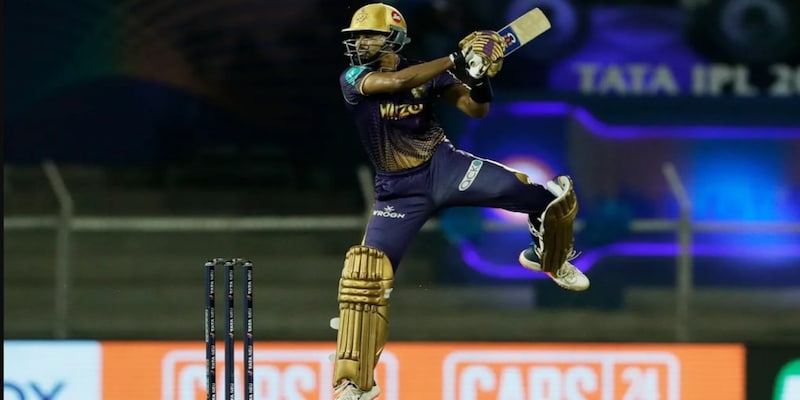 Delhi Capitals (DC) will look to put the embarrassment of their last game behind them as they take on Kolkata Knight Riders (KKR) with the two sides locking horns in match 41 of the Indian Premier League (IPL) 2022 season at the Wankhede Stadium, Mumbai on Thursday, April 28.

Captain Rishabh Pant was seen asking his players, Rovman Powell and Shardul Thakur to walk off the field in their final-over defeat to Rajasthan Royals before assistant coach Pravin Amre stepped onto the field to protest an Umpiring decision on what they believed should’ve been a no-ball.
The ugly scenes resulted in Pant, Thakur and Amre slapped with heavy fines for breaching the IPL Code of Conduct with Amre also handed a one-match ban.
DC will want to put that chapter to bed while KKR will be looking to bounce back from four defeats on the trot with both sides looking to improve their poor points tally on the IPL 2022 Points Table.
Catch the latest updates from Tata IPL 2022 here
The last time these two sides met, it was DC who emerged victorious with a dominant display. David Warner (61) and Prithvi Shaw (51) fired the Daredevils to a massive total of 215/5. Kuldeep Yadav (4/35) then returned excellent figures against his former franchise as KKR could only muster 171/10 in reply.
KKR haven’t won a single game since that defeat and they’ll be keen to reverse that horrible run of results. Their most recent-outing was a close 8-run defeat against Gujarat Titans (GT). Andre Russell finished with 4/5 after bowling just one over as KKR restricted GT to just 156/9. However, they failed to chase down that average score despite Russell blazing 48 off 25 balls.
Delhi meanwhile came under heavy fire in their last game as Jos Buttler smashed his third century this season to help Rajasthan Royals post 222/2, the highest total this season. In reply, DC brought the game to 36 needed off the final over when Powell smashed Obed McCoy for three back-to-back sixes to spark hopes of an unlikely comeback.
However, DC felt the third delivery in the final over should’ve been a no-ball which led to some unseemly scenes and also took the momentum away from Powell with DC ultimately falling short with just 207/8.
Both teams have some stellar options in both the batting and bowling departments and come into this game in desperate need of a result so it promises to be a cracking contest at the Wankhede Stadium.
DC vs KKR Team News:
KKR Team News: Kolkata have struggled to get the best of their line-up this season as the opening pair of Sam Billings and Sunil Narine failed to fire in the last game. Aaron Finch was dropped for the last game and this time they could be tempted to give Ajinkya Rahane another chance.
DC Team News: Delhi have been rocked by a spate of COVID-19 cases in their camps with Mitchell Marsh and Tim Seirfert missing the last two games and even coach Ricky Ponting testing positive. However, all three are set to return with Marsh and Seifert even spotted in training.
DC vs KKR Pitch Report: The Wankhede track has been providing some high-scoring encounters with the short boundaries also encouraging batters to go for their shots. The teams batting first have emerged victorious off late at this venue with the scoreboard pressure showing and the pitch slowing down later in the game.
Where to Watch LIVE: Match starts at 7.30 pm IST on Thursday, April 28 with the Toss scheduled for 7.00 pm IST. The match will be telecast live on the Star Sports network. Viewers can also tune into the action via the Disney+ Hotstar.
DC vs KKR Top Fantasy League Picks:
Top Batting Picks: Shreyas Iyer had a quite outing in the last game but the KKR captain has scored 248 runs this season including a half-century when he faced DC in the last game. Prithvi Shaw has been making a habit of providing DC with fast starts and is also their leading scorer with 254 runs coming at a strike-rate of 164.93.
Top All-Rounder Picks: Andre Russell has been bowling just a single over in the last few games but has been picking up important wickets in them. He also looks in great form with the bat and has 227 runs along with 10 wickets to his name. Lalit Yadav meanwhile has been handed more responsibility off late with the ball and has been delivering with 4 wickets to go along with his 112 runs this season.
Top Bowling Picks: Kuldeep Yadav finished with a four-wicket haul in the last game against his former team and leads the bowling charts for DC with 13 wickets from 7 games. Sunil Narine has just 6 wickets to his name this season but his impressive economy of 6.66 shows how well he has been bowling. The mystery spinner could be in for a big performance with the tracks slowing down.
DC vs KKR Probable Playing XIs:
Delhi Capitals (Predicted XI): Prithvi Shaw, David Warner, Rishabh Pant (C & WK), Rovman Powell, Sarfaraz Khan, Lalit Yadav, Axar Patel, Shardul Thakur, Kuldeep Yadav, Mustafizur Rahman and Khaleel Ahmed.
Kolkata Knight Riders (Predicted XI): Ajinkya Rahane, Sunil Narine, Shreyas Iyer (C), Nitish Rana, Sam Billings (WK), Rinku Singh, Andre Russell, Tim Southee, Shivam Mavi, Umesh Yadav and Varun Chakravarthy.
DC vs KKR Full Squads:
Kolkata Knight Riders: Aaron Finch, Abhijeet Tomar, Ajinkya Rahane, Baba Indrajith,Nitish Rana, Pratham Singh, Rinku Singh, Shreyas Iyer, Ashok Sharma, Pat Cummins, Rasikh Dar, Shivam Mavi, Tim Southee, Umesh Yadav, VarunChakaravarthy, Aman Khan, Andre Russell, Anukul Roy, Chamika Karunaratne, Mohammed Nabi, Ramesh Kumar, Sunil Narine, Venkatesh Iyer, Sam Billings, Sheldon Jackson.
Delhi Capitals: Rishabh Pant (Captain), Ashwin Hebbar, David Warner, Mandeep Singh, Prithvi Shaw,Rovman Powell, Anrich Nortje, Chetan Sakariya, Khaleel Ahmed, Kuldeep Yadav, Lungi Ngidi, Mustafizur Rahman, Shardul Thakur, Axar Patel, Kamlesh Nagarkoti,Lalit Yadav, Mitchell Marsh, Pravin Dubey, Ripal Patel, Sarfaraz Khan, Vicky Ostwal, Yash Dhull, KS Bharat and Tim Seifert.
Check out our in-depth Market Coverage, Business News & get real-time Stock Market Updates on CNBC-TV18. Also, Watch our channels CNBC-TV18, CNBC Awaaz and CNBC Bajar Live on-the-go!