The Men in Blue will look to extend their recent dominant form over the West Indies and follow up their ODI series whitewash in Ahmedabad by sealing an early T20I series victory in Kolkata.

Despite a dominant 6-wicket win over West Indies in the first of three T20I matches at Eden Gardens, Team India skipper Rohit Sharma said he “wanted to be clinical” and would have liked to finish the match off a little early. That’s exactly what the Indian juggernaut will target in the second T20I, where they can wrap up an early series win to take away all pressure from the third and final match in the series.

Ravi Bishnoi marked his Team India debut with a Player of the Match performance, picking up 2/17 from 4 overs to help restrict the Windies to just 157/7 after Rohit won the toss and chose to bowl. Bishnoi’s performance clearly impressed his skipper, with Rohit saying “he's got a bright future and it's just about us now on how we use him”.
Rohit (40 off 19 balls) and Ishan Kishan (35 off 42 balls) opened the run chase with a 64-run stand before Suryakumar Yadav (34* off 18 balls) and Venkatesh Iyer (24* off 13 balls) finished off the game with 7 balls to spare.
Now the Men in Blue will look to extend their dominant form over the West Indies and follow up their ODI series whitewash in Ahmedabad with an early T20I series victory in Kolkata.
Team News
We don’t expect any changes for India, as the Team Management will be reluctant to tamper with a winning combination. However, Virat Kohli’s recent form has continued to raise eyebrows and the former captain will want to quickly put the issue to bed, especially with the young and hungry Shreyas Iyer waiting in the wings.
The West Indies will look to incorporate Jason Holder back into the playing XI after the all-rounder missed the 1st T20I due to an injury picked up in training. It will be interesting to see who they decide to bench to make way for Holder--it may just be the big-hitting Odean Smith, who managed just 4 runs with the bat and gave away 31 from 2 overs to cap off a disappointing performance.
Players to watch out for 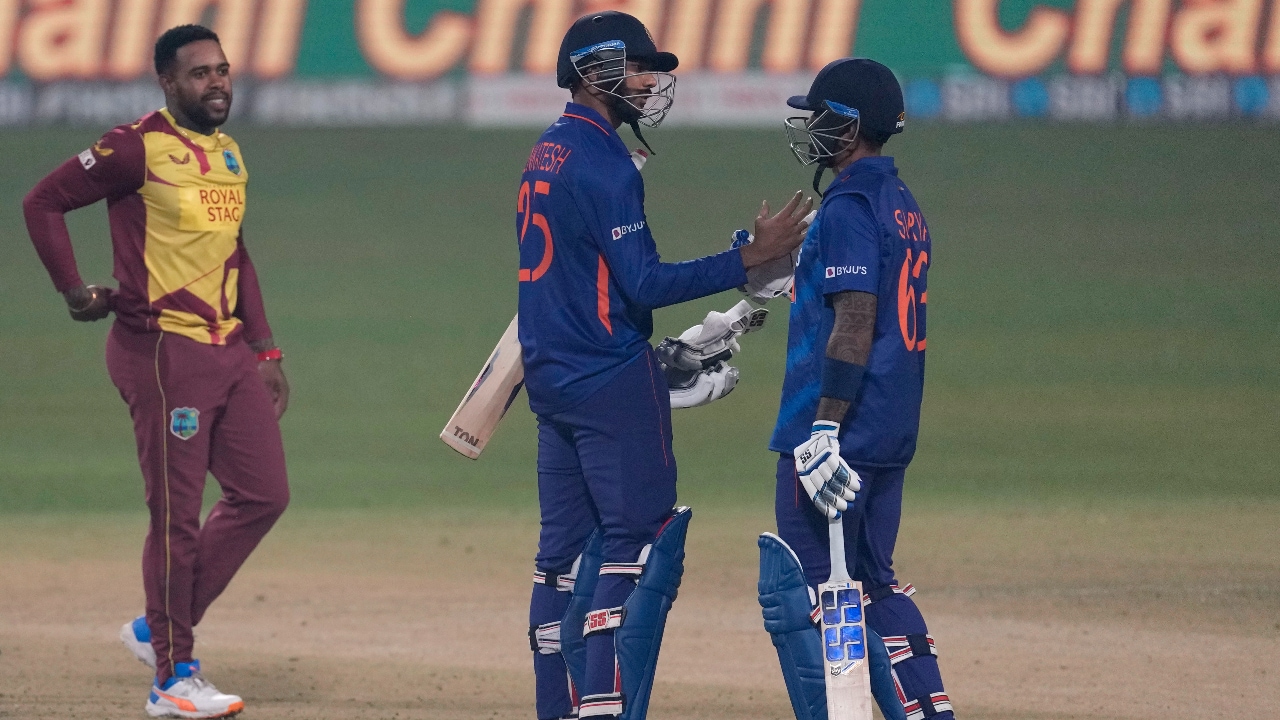 Venkatesh Iyer: While Ravi Bishnoi was quick to make an early impression in the squad, the player who silently went about delivering another solid performance was Venkatesh Iyer. With Hardik Pandya’s ongoing fitness concerns, the all-rounder’s spot is up for grabs and Iyer is playing like a man on a mission to make that his own. Although bowling just one over, he gave away only four runs and then finished the game off with an unbeaten 24 at a strike-rate of 184.61. Iyer will be keen to continue to tap into this rich vein of form with the T20I World Cup approaching later this year.