IND vs SA T20I series: 5 Indian Players to watch out for

IND vs SA T20I series: 5 Indian Players to watch out for India are set to host South Africa for a five-match T20I series beginning June 9. The first match of the series will be held at Arun Jaitley Stadium in Delhi and the series will culminate at M Chinnaswamy Stadium in Bengaluru. Things won't be easy for the hosts as they were trounced 0-3 by South Africa in the ODI series played last year. With a chance to script history and a point to prove to the Proteas, here are the five Indian players to watch out for.

India are set to host South Africa for a five-match T20I series beginning June 9. The first match of the series will be held at the Arun Jaitley Stadium in Delhi. The series will culminate at M Chinnaswamy Stadium in Bengaluru.

Captain Rohit Sharma and heavyweights like former skipper Virat Kohli, pace spearhead Jasprit Bumrah and all-rounder Ravindra Jadeja have been rested for the series following a gruelling Indian Premier League, Jadeja is recuperating from the injury that he picked during the IPL.
In the absence of Sharma, the team will be led by wicketkeeper-batsman KL Rahul. Left-arm pacer Arshdeep Singh and speed merchant Umran Malik have received their maiden call for national duty, while all-rounder — and IPL 2022-winning captain — Hardik Pandya and wicketkeeper-batsman Dinesh Karthik will be making their comeback.
Team India has form on its side as the Men in Blue are on a 12-match winning streak in T20Is, which began with a thumping win over Afghanistan in a group stage match of the T20 World Cup played last year. The winning run saw India register a 3-0 series clean sweep each against New Zealand, West Indies and Sri Lanka. Should India win the series opener against South Africa, they would create a new record for most wins on the trot. But things won't be easy for the hosts who were  trounced 0-3 by South Africa in the ODI series last year.
With a chance to script history and a point to prove to the Proteas, here are five Indian players to watch out for.
1. Hardik Pandya 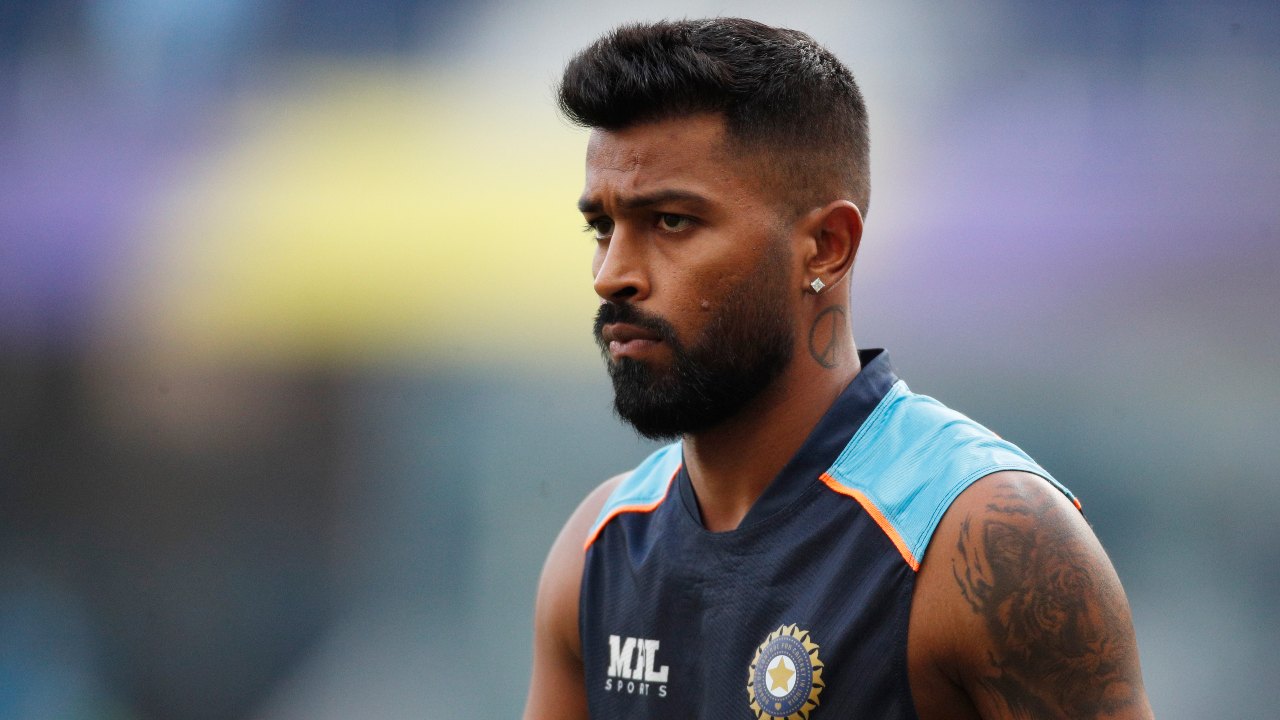 Indian cricketer Hardik Pandya (Reuters)
Pandya was impressive in the just-concluded IPL 2022 season, leading IPL debutants Gujarat Titans to the championship. The fit-again Pandya batted higher up the order and was the team's top run-scorer in the season with 487 runs, at an average of 44.27 and a strike rate of 131.27. With the ball, Pandya picked eight, wickets with his best showing (3/17) coming in the final against Rajasthan Royals. In that match, Pandya accounted for the wickets of Jos Buttler, Sanju Samson and Shimron Hetmyer, arguably the most vital batters for the Royals. Pandya also proved to be a smart and calm captain.  It would be interesting to see if Pandya can continue the good form when in the Indian jersey.
2. Yuzvendra Chahal 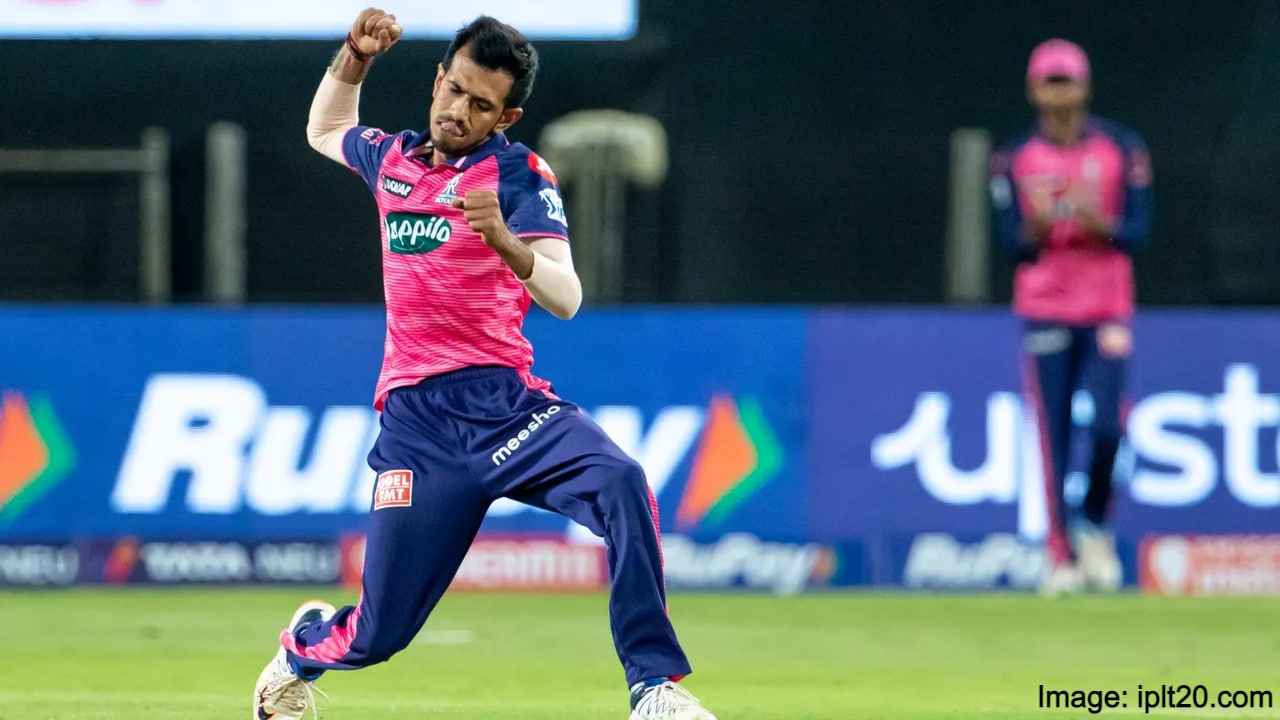 Royals leg spinner Yuzvendra Chahal picked 27 wickets in the 2022 IPL and walked away with the coveted Purple Cap for the year. Chahal claimed his scalps at an average of 19.51 and an economy of 7.75. Such was his good form in the season that he was one of only three bowlers to pick a five-for in the season and the only bowler to do a hat-trick. Chahal is a definite starter for India in the upcoming series and will lead the spin attack. Eyes will be on Chahal as captain Rahul will look to the leg spinner to get him the wickets at crucial junctures of the South African innings.
3. Dinesh Karthik 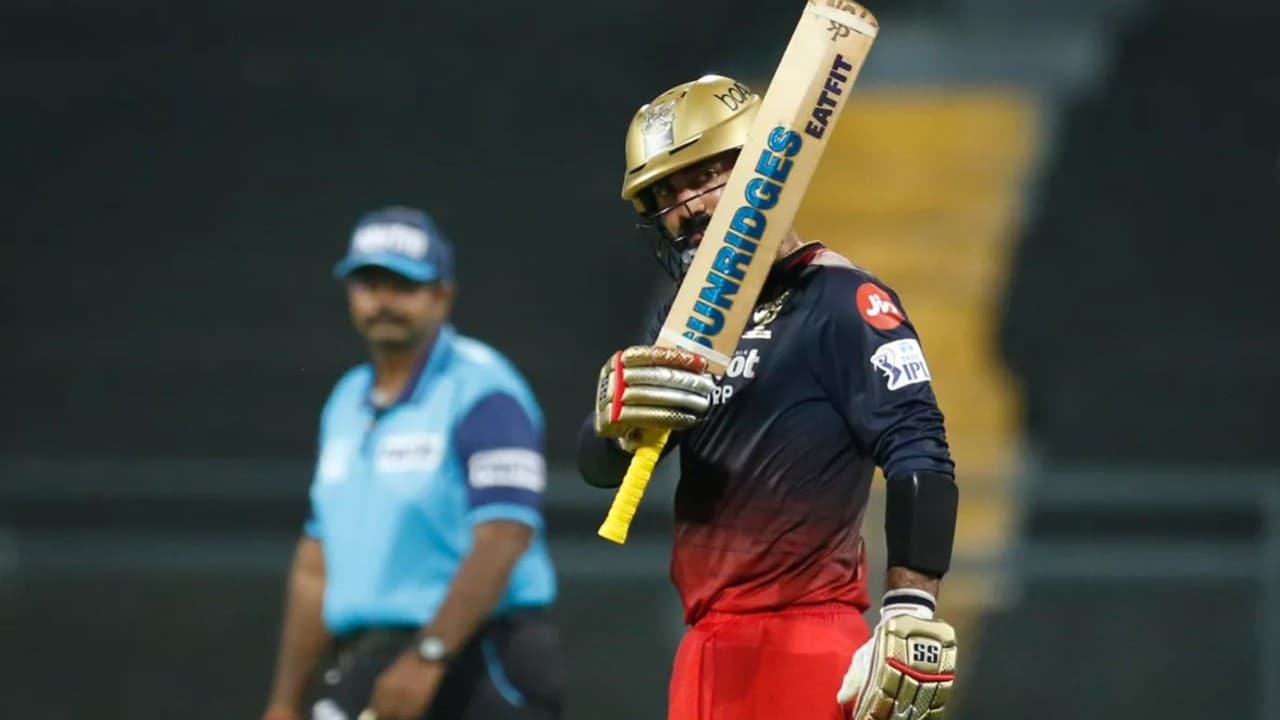 RCB wicketkeeper batsman Dinesh Karthik (Image: IPL/BCCI)
One of the reasons for Royal Challengers Bangalore putting up a good show in the 2022 edition was the good form of Dinesh Karthik with the bat. The veteran player regularly walked out to bat lower down the order and performed the role of the finisher with aplomg. Karthik's strike rate of 183.33 was the best for any batsman with over 300 runs in the season. Karthik's run in the season has instilled enough confidence in the Indian selectors that he could replicate the role for team India too. Karthik is high on confidence at the moment and has openly expressed his desire to help India win the T20 World Cup to be played in Australia later this year. Should Karthik start in the first match against South Africa in Delhi, it would be his first international in over three years, but would ensure that his comeback is complete.
4. Umran Malik 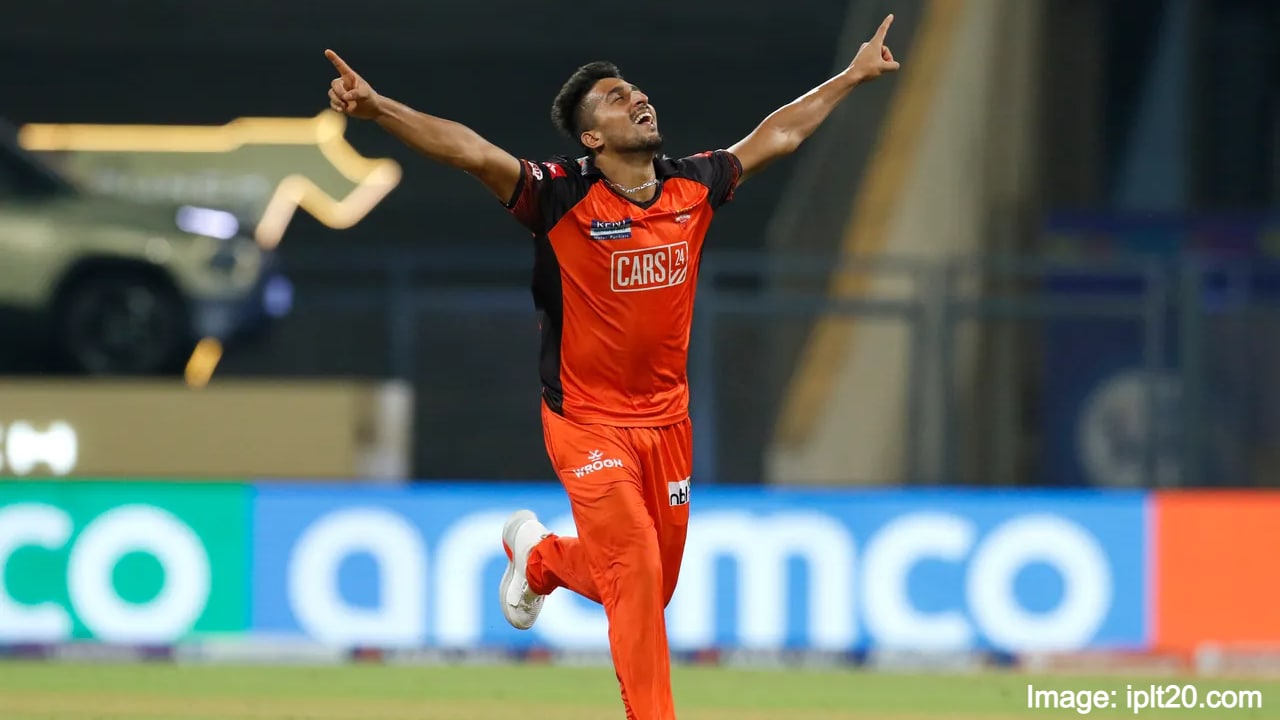 Sunrisers Hyderabad pace sensation Umran Malik (Image: IPL/BCCI)
Ahead of IPL 2022 mega auction, it was strange to see Sunrisers Hyderabad retain 22-year-old fast bowler Umran Malik as he had done a little for the team in the previous season. But as the season rolled on, Malik thrilled the world with his brute pace, with deliveries clocking closeto 160kmph. Malik's rip-roaring pace helped him pick 22 wickets at an average of 20.18 and an economy of 9.03. Along with Chahal, Malik was the other Indian to pick a five-for in the season. Malik's pace saw him trap the batters in front of the wickets, send the stumps cart-wheeling or bowling bounces at the batters to get them caught in the deep. Should Malik get a chance to bowl against South Africa, he could be the x-factor in India's pace attack.
5. Arshdeep Singh 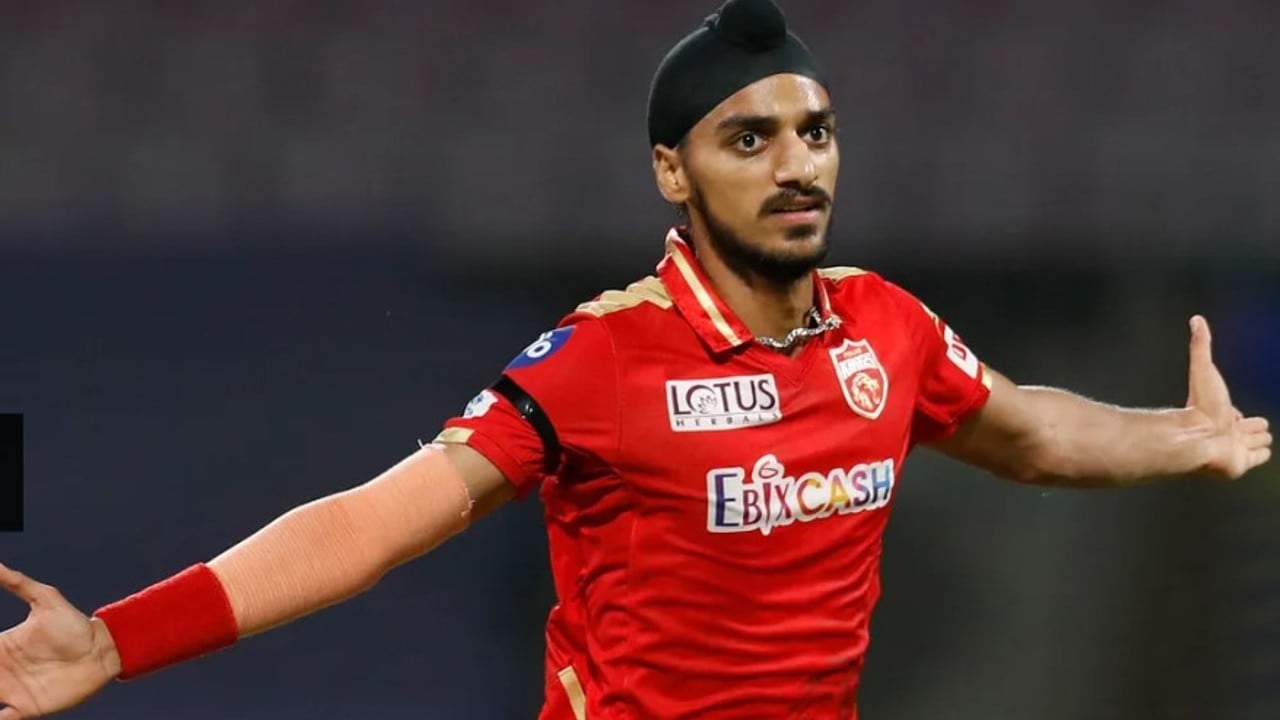 Arshdeep Singh (Image: IPL/BCCI)
23-year-old Arshdeep Singh is another fast bowler to watch out for. Arshdeep might not posses the pace of Umran, but he adds two other dimensions to a pace attack. Firstly he bowls left-arm which naturally adds a variation to a pace attack. And secondly, Arshdeep is known for his toe crushing yorkers which he can almost deliver at will. The two reasons make Arshdeep an exciting bowler to have in a team. Arshdeep has been a consistent performer for his IPL side Punjab Kings and has picked 37 wickets in 34 appearances for his side in the IPL over the past three seasons.
Check out our in-depth Market Coverage, Business News & get real-time Stock Market Updates on CNBC-TV18. Also, Watch our channels CNBC-TV18, CNBC Awaaz and CNBC Bajar Live on-the-go!