How fast can you be? 8 runners complete 563km Mumbai-Goa ultra-relay in 2 nights and 2 days

Updated : August 16, 2019 03:33 PM IST
The team creates a record of running from Bombay to Goa in 40 hours 17 minutes with 8 runners and covered 563 km running in 2 nights and 2 days.
In June, the team did a route recce and road-mapping along the Bombay-Goa highway and marked hospitals, hotels and petrol pumps.

You have to be passionate enough to even think of running an adventurous 563 km ultra-relay on foot. This idea initially hatched into Bombay Running Founder Deepak Oberoi’s mind. Three runners, Deepak Oberoi, Tushar Motwani and Bhuvandeep Chowdhary (founders of Mumbai Runners) who have been running since the last seven years were bored of running the same old marathons over the same old route. Running for them is more about exploring the city along the scenic routes with the crew and not just about certificates and medals. “Since we share the same passion, running, and wanted to do something which is more unconventional, challenging and soul-satisfying, that’s when the idea of running from Pune to Bombay came into picture,” says Deepak Oberoi. He adds “Monsoon makes this route extremely picturesque and that’s why we picked up the month of June last year. We chose four male and two female runners to run the Pune- Bombay route in a relay format. Thanks to our concrete plan and a supportive crew, we were able to finish 180 km in 18 hours in June 2018. No one has dared to cover this distance with so many runners in a relay format. It was a dream come true.”

But their journey to conquer the crazy adventurous world of running did not stop there. After being appreciated and recognised for their efforts, the founders came up with this insane idea of running from Bombay to Goa this year. But this time they wanted to not only cover 563 km on foot but also wanted to add speed factor to it. Initially this seemed impossible and unendurable, but Deepak was very adamant to do this. After much coaxing and convincing his partners, they chose eight runners who had the potential to run a consistent pace of 4 mins 30 secs per km in severe weather conditions. That is how Bombay Goa Chase project came into existence.

They say “The plan was to cover a distance of 563 km within a stipulated time range of 45 hours. For this we wanted runners who could maintain a pace of 4mins 30 secs per km. This seemed next to impossible but we wanted to create a record.” When asked why they chose the relay format, they said: “We are inspired by the famous quote of Eliud Kipchoge that you cannot train and expect to run a fast time. There is a formula: 100 percent of me is nothing compared to 1 percent of the whole team.  And that’s teamwork and that’s what I value”.

In the past Ultra runners have been successful in completing long distances, but their focus has always been mileage. But the team wanted to make this more challenging and that’s why they combined ultra-running with speed. Their goal was to beat distance with time. They chose eight fast runners and their names are as follows: 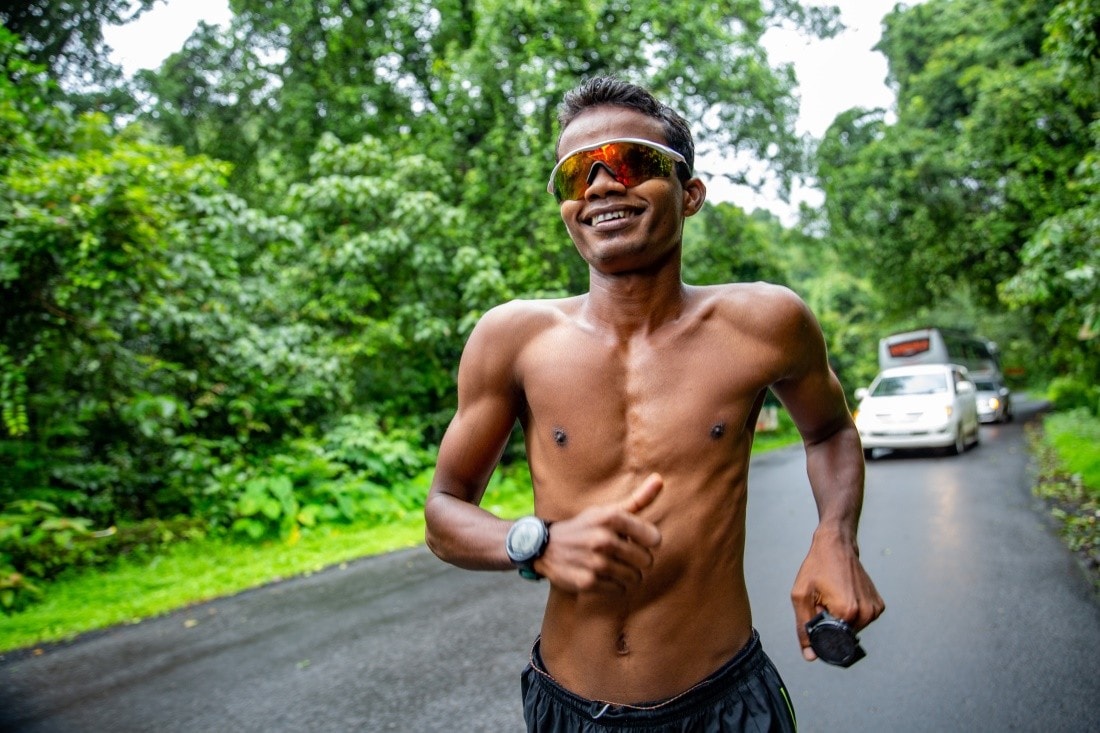 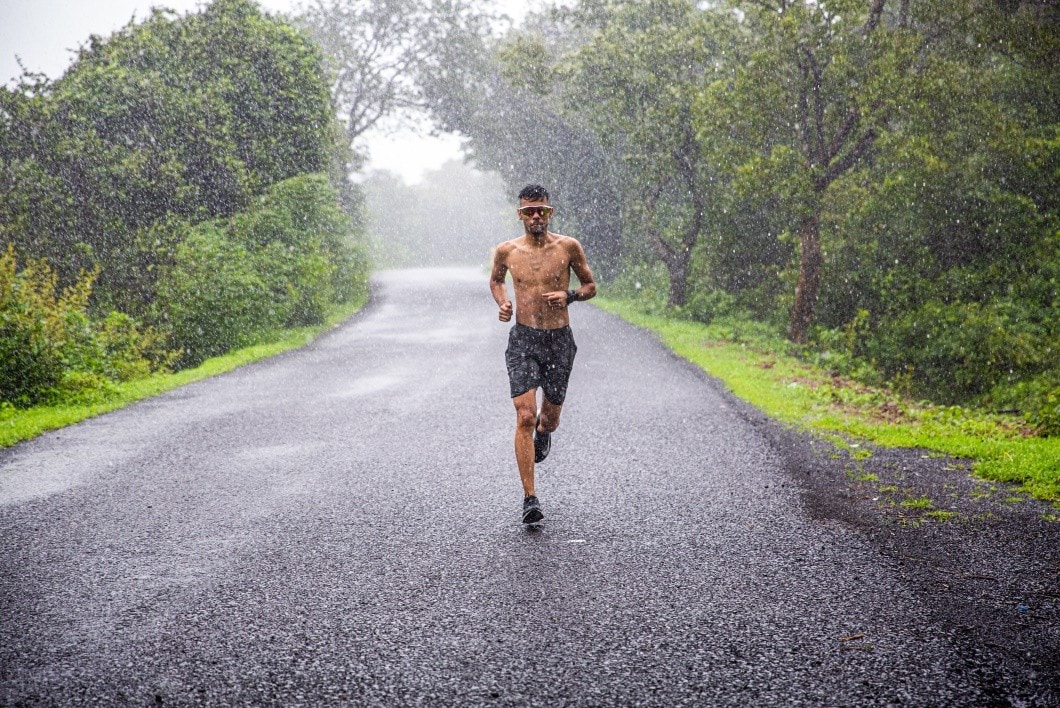 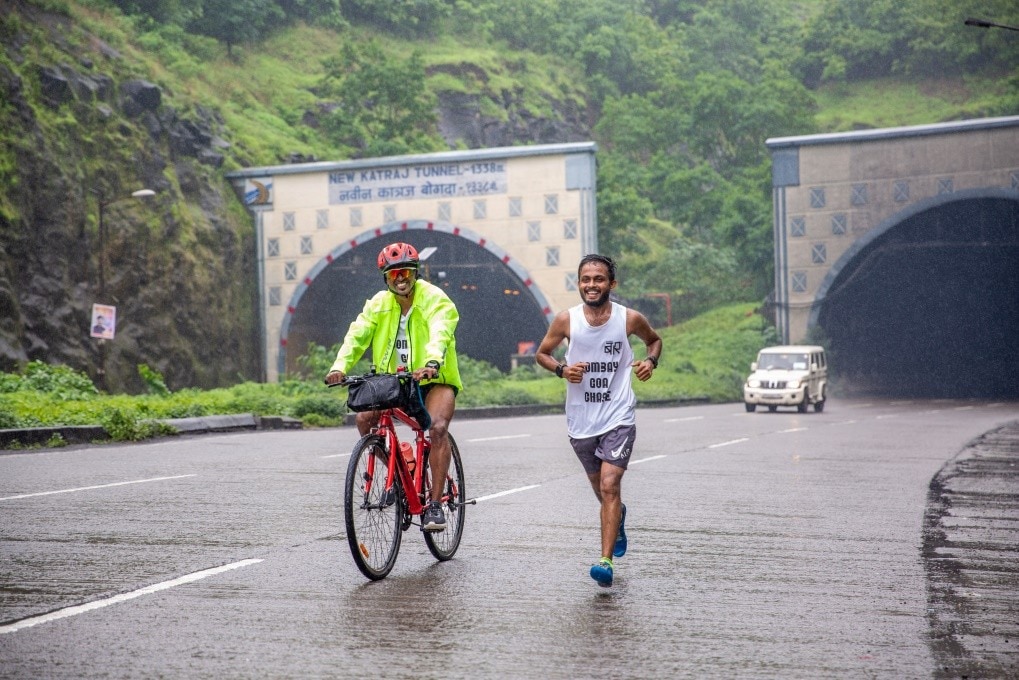 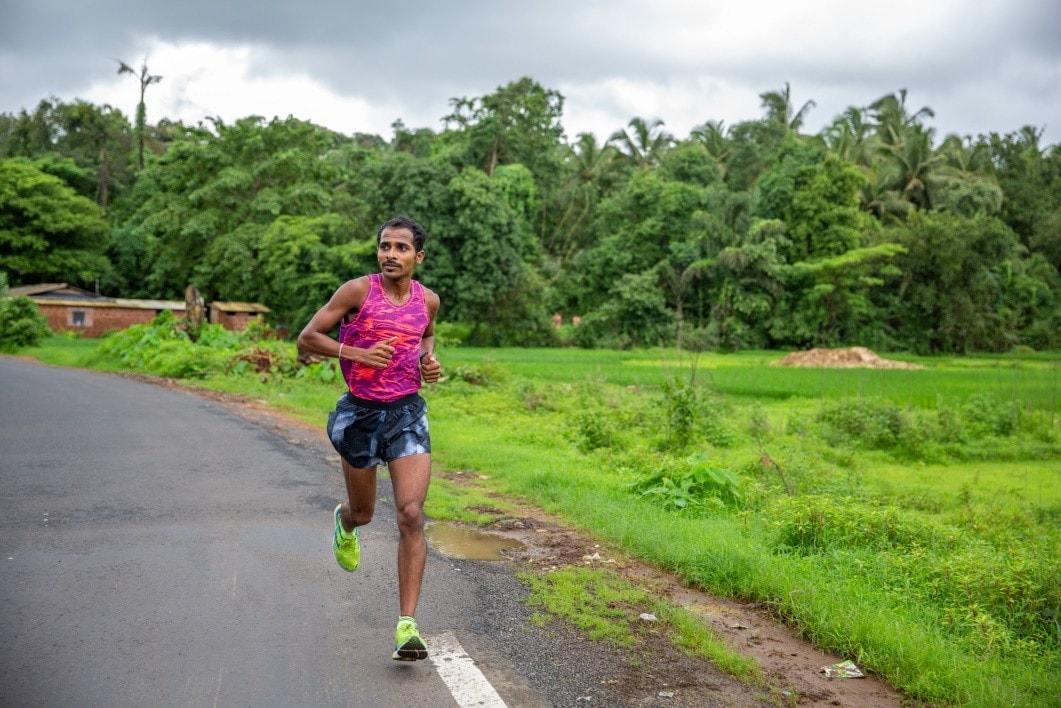 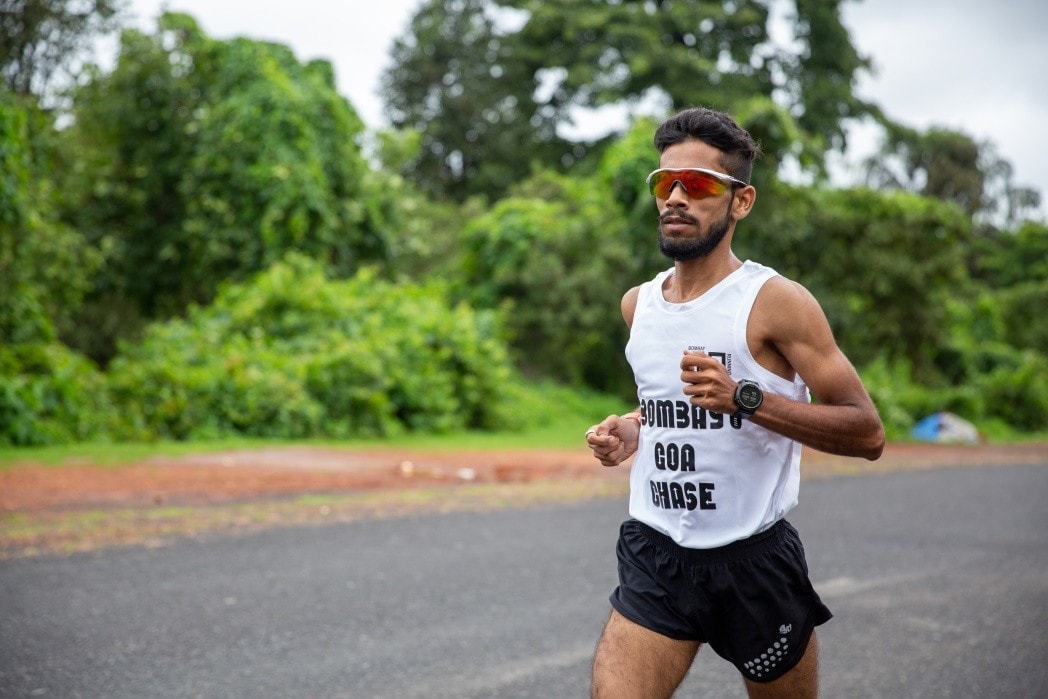 How did you execute this plan? The team says, “Planning is one thing and execution is another. In the month of June we did a route recce and road-mapping along the Bombay Goa highway and marked hospitals, hotels and petrol pumps just to make our plan fool proof. Another challenge was runner’s recovery and nutrition as the race was planned to go on non-stop for 45 hours. But all this could not be done without funds. We are thankful and grateful to the entire crew of Bombay Running who helped us gather funds through crowdfunding”.

The founders of Mumbai Runners say, “Bombay Goa Chase is an unsanctioned speed relay project and the 300 plus hours of planning resulted into a record. There is no prize money, no reward. Runners ran purely for thrill, passion and adventure. The run faced extreme weather conditions with heavy rains lashing over the weekend across Maharashtra including flooding situations across Pune, Kolhapur and many of the areas from where the runners ran. Despite the acute running conditions, the run never stopped, and the official race Garmin watch kept on passing through each phase successfully. The support crew was totally in awe of the runners' commitment and this kept the entire crew going. We passed through Lonavala, Pune, Satara, Kolhapur, Amboli Ghats, Ajara, Sawantwadi and finally Goa. We finally ended the run after a gruesome 40 hours and 17 minutes at Chapora Fort, Goa.”

The relay race started at 12:00 am on August 2 with eight runners, two captains, three founders and was flagged off by Kevin Pereira, Brand Engagement Vice-President, Procam. The runners were divided into two teams each including four runners because every runner required adequate rest before they started again. Two captains Raj Shetye and Igor Pinto carefully analysed and structured the running order with the distance to be covered by the respective runners, thus establishing a pattern. They were accompanied by an expert physiotherapist Abhishek Bangera who made sure every runner recovered, stretched properly and finished their run with zero injury.

The start of the race

Aman Mehla started the race and covered an initial distance of 10 km after which the baton was passed on to another runner and so on. Aman says, “There were total four phases and initially the plan was to cover 9 hours in each phase by each team. But after two phases the runners were tired and the captains decided to mix up the teams as maintaining pace was very important”. Aman has completed the Tata Mumbai Marathon in 2 Hours 51 Minutes and 47 seconds and is a student at Jai Hind College, Mumbai. He says “The idea of running from Bombay to Goa in a relay format was enough to excite me. I had slight idea about how this whole thing would work out.  Also I was a part of the Pune-Bombay run last year and the moment I heard about Bombay-Goa Chase I knew it was going to be fun because of the massive 563 km and accelerated pace and of course Goa. I loved each and every minute of the event but if I have to choose one it will definitely be the start of the event with all the excitement, energy and crew support.”

When asked about the most challenging moment, he said: “It was the second night at around 9 pm with heavy rains and each runner had to run around 5-6 km. Unfortunately everyone decided to have dinner that time and I had to keep going for 12 km straight. I was looking for the car ahead and wanted someone to switch as soon as possible.” But the runner’s fatigue diminished as soon as they entered Goa and there was a sudden rush of endorphins which made them smile even in utmost pain. They successfully created a record of running from Bombay to Goa in 40 hours 17 minutes with 8 runners and covered 563 km running for 2 nights and 2 days.