Hans Niemann sues chess World Champion Magnus Carlsen: All you need to know about the scandal

Hans Niemann sues chess World Champion Magnus Carlsen: All you need to know about the scandal 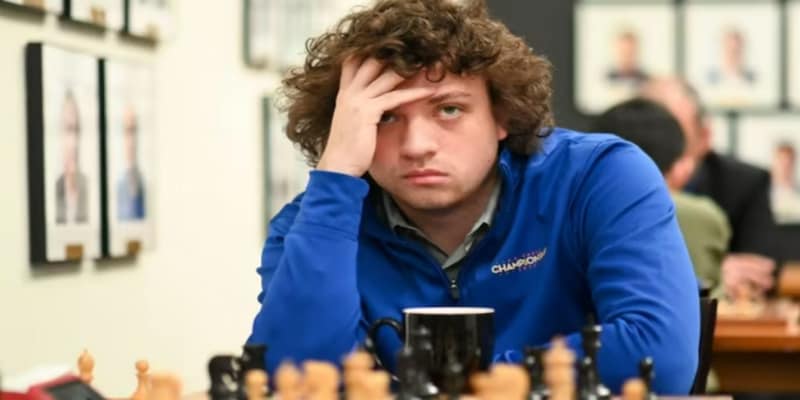 Niemann is seeking $100 million in damages from Carlsen, Danny Rensch of Chess.com, and American grandmaster Hikaru Nakamura.Niemann, 19, has said Carlsen launched a smear campaign against him along with his online chess company Play Magnus, and Chess.com.

A month after being accused of cheating by Norwegian World Champion Magnus Carlsen, American chess grandmaster Hans Niemann has filed a lawsuit against his accuser.

The lawsuit, filed on Thursday in the Eastern Missouri District Court, accuses the reigning world champion of libel, slander and unlawful boycott and tortious interference in Niemann’s business.

Niemann, 19, has said Carlsen launched a smear campaign against him along with his online chess company Play Magnus, and Chess.com.

How it all started?

On September 4, Niemann defeated Carlsen at the Sinquefield Cup tournament in Missouri. Carlsen withdrew from the tournament the following day. According to Niemann’s lawsuit, Carlsen retaliated by “falsely accusing Niemann, without any evidence, of somehow cheating during their in-person game.”

Shortly after the incident, Chess.com banned Niemann from its website and all of its future events. Florida-based Nakamura, an influential streaming partner of Chess.com, also published video content trying to bolster Carlsen’s allegations.

A week later, Carlsen was up against Niemann at the online Julius Baer Generation Cup when the world champion suddenly quit the game after making just one move, reigniting the cheating controversy in the sport.

The 31-year-old five-time world champion then made a statement on Twitter saying he refused to play with people who have cheated in the past.

In the statement, Carlsen said: “I believe that Niemann has cheated more – and more recently – than he publicly admitted.”

Earlier, Niemann had admitted to cheating while playing online on Chess.com, when he was between 12 and 16 years old. However, the prodigy has denied cheating over the board, saying he was “ready to play naked,” if necessary, AFP reported.

On September 29, the International Chess Federation said it was investigating the accusations of cheating made by Carlsen.