The bookmakers have spelt their odds on who will be lifting the FIFA World Cup 2022. Which team are the money gods favouring? Here are the top five favourites to lift the trophy on December 18.

The FIFA World Cup 2022 is a fortnight away. The most prestigious trophy in the world of football will be up for grabs in Qatar when the tournament will get underway on November 20 and like any big tournament, from the pundits to the astrologers, everyone has their favourites lined up.

The bookmakers too have spelt their odds. So, which team are the money gods favouring? Here are the top five favourites to lift the trophy on December 18.
Spain (Odds 9/1)
Nicknamed the La Furia Roja or the Red Fury, Spain have flattered to deceive in international tournaments off late, with promising young talent failing to deliver when it comes to the big stage.
Gone are the days when the tiki-taka was ruling the world and stalwarts like Xavi and Iniesta retiring haven't helped either. After winning the European Championship in 2012, Spain only managed to reach the semi-final of a big tournament once, losing to Italy on penalties in Euro 2020.
However, the Spanish team are on a high after winning the Nations League and manager Luis Enrique will be hoping they can take some of this experience to perform better at Qatar 2022.
England (Odds 44/5)
England, who finished runners-up in Euro 2018 are the fourth favourites as per the bookmakers. While their recent form has been underwhelming. manager Gareth Southgate’s attritional style of football may be a good fit for the generally cagey World Cup games.
The squad is packed with recognisable names as English Premier League stars will strive for a spot in the starting 11.
Also Read | 10 budding stars who will look to make a mark on World Cup debut in Qatar
France (Odds 7/1)
Defending champions France are coming into the World Cup missing a number of their star performers from their last triumph and this is what has possibly pushed them to the third spot in the list.
Midfielders N’Golo Kante and Paul Pogba are out with hamstring and knee issues, and defenders Raphael Varane and Jules Kounde are at risk of missing the tournament with thigh problems.
Despite this, bookmakers are giving the talent-laden side 7/1 odds to win the trophy with hopes being pinned on young PSG star Kylian Mbappe and Real Madrid's Ballon-d'Or winner Karim Benzema. Mbappe is also the odds-on favourite (11/1) to win the Golden Ball, the prize given to the best player of the tournament.
Argentina (Odds 13/2)
It will come as a surprise for some, but the Albicelestes have built a strong case for themselves in the past couple of years with bookmakers awarding this by placing Argentina as the second favourite.
Firstly, it’s Lionel Messi’s last World Cup and this is the only major trophy missing from the great's cabinet.
The last World Cup saw Argentina lose to eventual winners France in the quarterfinals while the one before that saw them slip at the post to Germany in extra time. 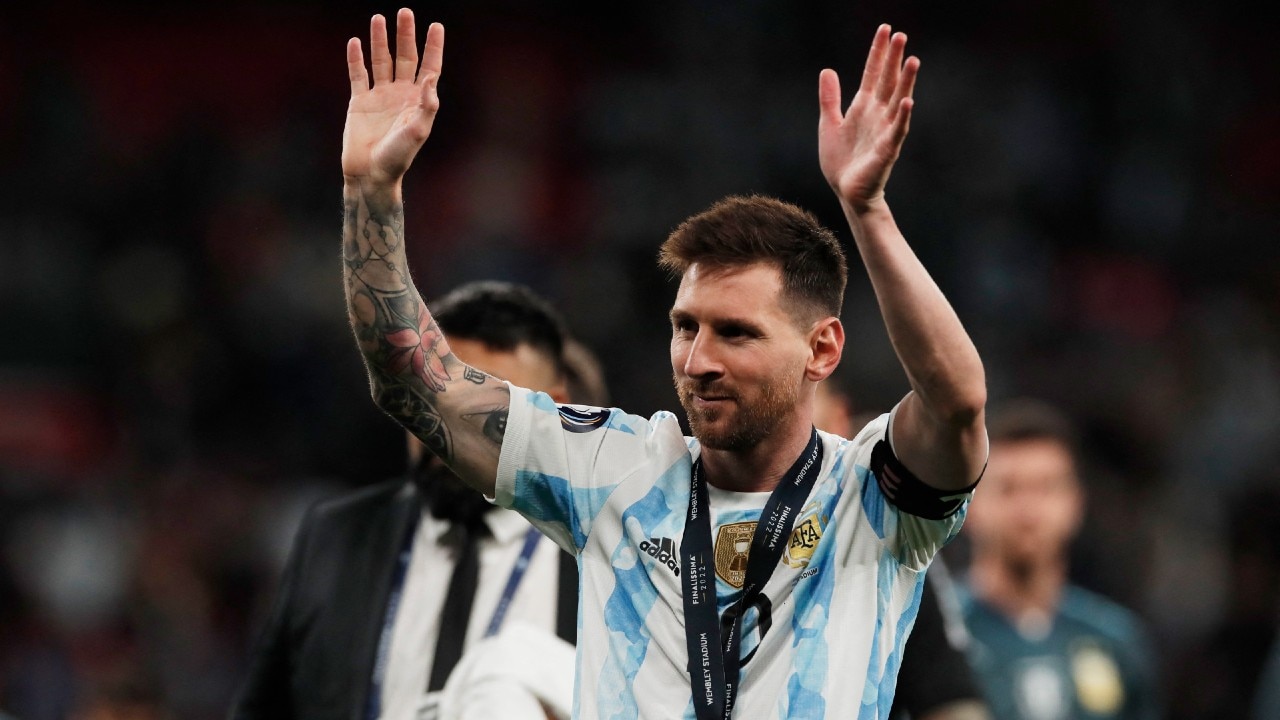 Despite his advancing years, Leo Messi still remains the talisman of this side and Oddschecker has him as a 12/1 favourite to win the Golden Ball. (Image: Reuters)
Brazil (Odds 41/10)
As per Oddschecker, five-time winners, Brazil are the standout favourites to clinch the trophy. The star-studded squad is spoilt for choice as it is probably the only team which can boast of the ability to field two equally strong teams in the tournament.
With quality across positions, led by PSG star Neymar at the front to an option between Alison Becker (Liverpool) and Ederson (Manchester City) for goalkeeping, the side is spoilt for choice. Bookmakers have given Brazil 41/10 odds to win the trophy.
Also Read | FIFA NFTs — what’s on offer for football fans
Bookies are also giving the South Americans 5/1 odds for being the top-scoring team while poster boy Neymar gets 14/1 odds of winning the Golden Ball.
(Edited by : Abhishek Jha)
Check out our in-depth Market Coverage, Business News & get real-time Stock Market Updates on CNBC-TV18. Also, Watch our channels CNBC-TV18, CNBC Awaaz and CNBC Bajar Live on-the-go!