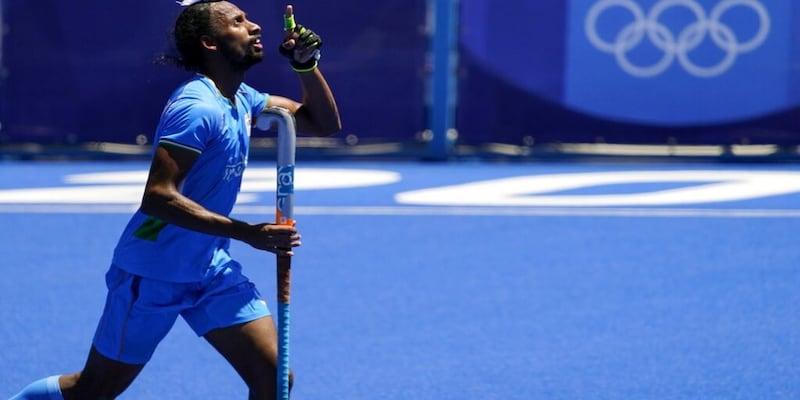 UK’s vaccine bias and the two countries' tit-for-tat responses have been a spoilsport for their hapless hockey players. Before Hockey India's withdrawal, England’s youth hockey team had pulled out of the junior World Cup to be held in Bhubaneswar next month.

Hockey India (HI) recently announced that it would be withdrawing its teams from the upcoming 2022 Birmingham Commonwealth Games (CWG). The decision was taken by the top hockey body in India, Hockey India, and was announced just a day after England’s junior men’s team withdraw from the junior men’s World Cup in Bhubaneswar for similar reasons.

“Therefore, Hockey India will not be sending its men’s and women’s teams to Commonwealth Games 2022 and are informing you in advance to kindly notify the organisers to identify reserve teams,” said Hockey India President Gyanandro Ningombam in a letter to Indian Olympic Association (IOA) President Narinder Batra.
Why India will not compete?
Hockey India has cited two major reasons for withdrawing from the upcoming CWG. First, the small gap between the Birmingham Games (July 28-August 8) and the Hangzhou Asian Games (September 10-25) meant that India’s hockey players would still be recovering from the previous tournament. With the Asian Games being a qualifier for the 2024 Paris Olympics, it is understood that HI places more importance on that tournament.
Batra had previously also indicated that HI was focusing on keeping its players in top form for the qualification event of the Asian Games.
“You will appreciate that the Asian games is the continental qualification event for the 2024 Paris Olympic Games and keeping the priority of the Asian Games in mind, Hockey India cannot risk any members of the Indian teams contracting COVID-19 during the Commonwealth Games,” Ningombam wrote.
Vaccine bias
Perhaps, equally as important is the fact that the Indian teams travelling to the UK would be subject to strict quarantine upon arriving there. The UK has refused to recognise India’s vaccine certificate, even though Covishield is the AstraZeneca vaccine being manufactured in India. The Oxford-AstraZeneca vaccine has been in use in the UK since the vaccine was developed. Even if Indians are fully vaccinated with the same vaccine that the UK itself uses, they would have to quarantine for 10 days upon arriving in the nation.
Also read: UK eases travel rules but no relief for Indian travellers
“We feel these restrictions are biased against India and term it as very unfortunate,” Ningombam said.
“Such discriminatory restrictions were not imposed on Indian athletes and officials during the recent Tokyo Olympic Games and this 10-day quarantine requirement for vaccinated sports persons will affect their performance,” Ningombam stated.
Retaliatory pressure
England’s team had recently pulled out of the junior World Cup to be held in Bhubaneswar next month citing COVID-19 related concerns as well as the new mandatory quarantine protocols that India has imposed on all UK nationals.
India’s decision was in retaliation against the discriminatory restrictions on Indian travellers to the UK. Travellers from the UK to India will now need to quarantine for 10 days and produce three different RT-PCR negative results at various timeframes to be allowed to move freely within the country.
The vaccination tiff has resulted in the two hockey teams not facing each other since the Tokyo Olympics. The Indian men’s team beat Germany in the semi-finals and went on to win the bronze medal, while Great Britain’s women beat India to land the bronze.
Also read: Indian hockey: The resurgence and rebirth
(Edited by : Shoma Bhattacharjee)
Check out our in-depth Market Coverage, Business News & get real-time Stock Market Updates on CNBC-TV18. Also, Watch our channels CNBC-TV18, CNBC Awaaz and CNBC Bajar Live on-the-go!