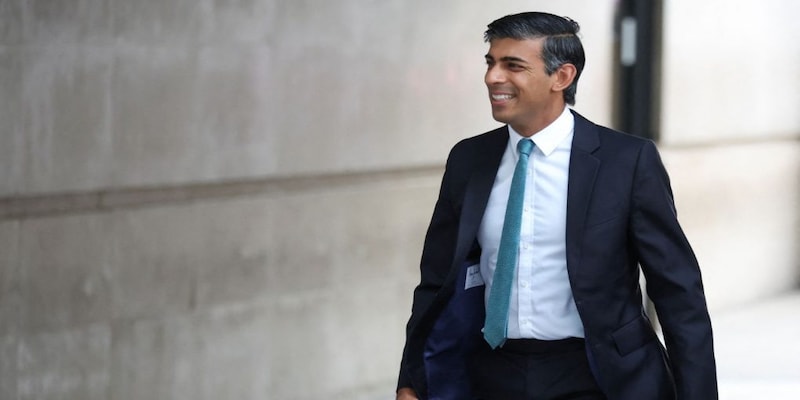 As the Indian cricket team locked horns with England in the semi-final of the T20 World Cup 2022 at Adelaide Oval in Australia, food aggregator app Zomato had a hilarious query for the first Indian-origin Prime Minister of UK Rishi Sunak.

Born to parents of Indian origin, Rishi Sunak was chosen to lead the Conservative Party and be the Prime Minister of the UK last month. He was born in Southampton in 1980. Sunak married Indian businesswoman and fashion designer Akshata Murthy in 2009. Akshata is Infosys co-founder Narayana Murthy’s daughter.
The UK PM's roots prompted Zomato to ask the question about whom Sunak would be supporting during the crucial match between India and England.
Using tea as a metaphor, Zomata wanted to know if the new PM would support the Indian side, the 'Masala Chai', or England, English tea?
Twitter users appreciated Zomato’s subtlety and added more such comparisons on the social media platform.
One user, Chetan Gadia (@chetangadia) wrote: “With Matthi or English Cookies?”

Another user Aarushi Lal (@Aaahrushi) guessed: “Tim hortons’ chai tea.”
The British PM has not replied to the post or commented about the game. His last tweet said he had hosted NATO chief Jens Stoltenberg at 10 Downing Street and discussed matters related to war-ravaged Ukraine.

We will never back down when it comes to supporting the Ukrainian people in the face of Putin’s brutality. pic.twitter.com/w8raeGx0CT— Rishi Sunak (@RishiSunak) November 9, 2022

Meanwhile, India set a target of 169 for the English team in the decisive game which will determine who reaches the T20 World Cup final to face Pakistan. England beat India by 10 wickets and 24 balls to go.
Check out our in-depth Market Coverage, Business News & get real-time Stock Market Updates on CNBC-TV18. Also, Watch our channels CNBC-TV18, CNBC Awaaz and CNBC Bajar Live on-the-go!