The goalkeeper’s job is perhaps the most thankless in a football pitch. Expected to make regulation saves, and wait for long periods in the game without any action, it’s unfortunate thus that more often than not its the errors they commit which remain most etched. In the Spain vs Portugal tie, David De Gea, the Spanish goalkeeper occupied the firing line as he let in a soft shot from Cristiano Ronaldo at the stroke of halftime.

Below we look at some of the most prominent goalkeeping errors from the World Cup. 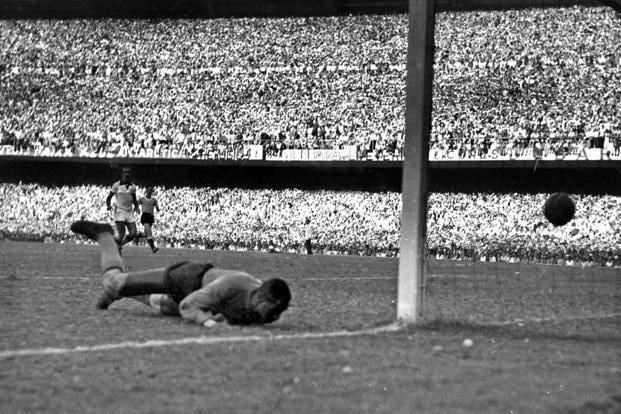 Brazil looked set to win for their first World Cup title with eleven minutes remaining in their final group game against Uruguay in 1950. The game was poised at 1-1 at the Maracana, when Ghiggia, the Uruguayan outside right hit a shot towards the near post which creeped behind Barbosa into the goal. The debacle known as the Maracanazo or the Maracana Blow, haunted Barbosa till his last days. In an interview Barbosa said, ‘Under Brazilian law the maximum sentence is thirty years. But my imprisonment has been for fifty.’ Colombia were trailing 1-0 in Extra time when Rene Higuita, their eccentric goalkeeper, known for the scorpion kick, unexplainably lost the ball to Roger Milla as he attempted to dribble the ball as the last man after receiving the ball from a back pass. Milla duly scored and buried the hopes for a late Colombian comeback. The flamboyance of Higuita cost a golden generation of footballers from the South American country a shot at glory at the highest level. England were on course for one of the biggest upsets of the 2002 World Cup against then 4 time winners Brazil. A Rivaldo goal however meant the two sides entered halftime at 1-1. In the early minutes of the second half,  the Selecao went on to win a free kick from distance on the right hand side of the pitch. Ronaldinho with his part cross part shot attempt befuddled Seaman who failed to read the trajectory of the ball and let the ball in. Brazil held on to win 2-1 as England lost one of their greatest chances to win the World Cup in recent memory. 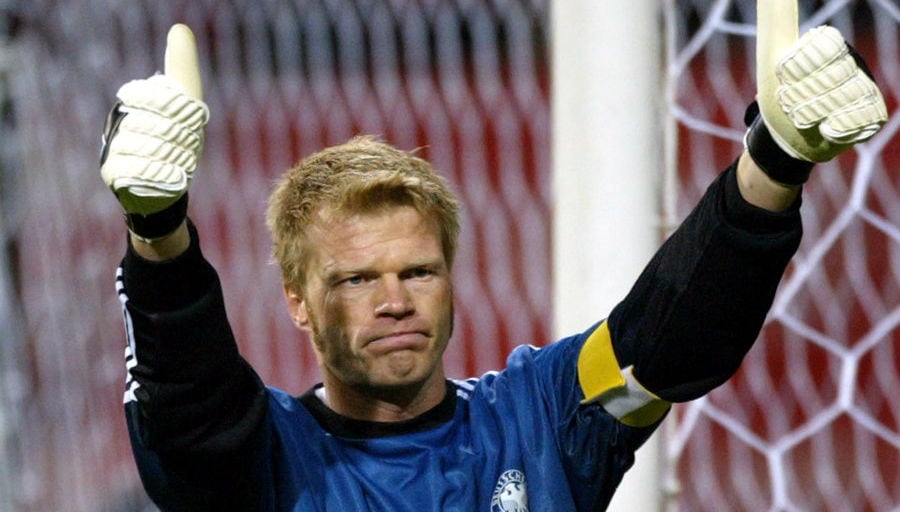 With suspension of midfield general Michael Ballack, German hopes rested on goalkeeper and captain Oliver Kahn. Kahn had displayed impeccable form, conceding a solitary goal in 6 games on Germany’s route to the final. The Germans had won their previous 3 knock out games with the identical scoreline of 1-0 and needed the defence to be at its best against the likes of Ronaldinho, Rivaldo, and Ronaldo. Germany’s plan of suffocating Brazil was working well until Kahn fluffed a straightforward shot by Rivaldo onto Ronaldo’s path, as he slotted the rebound into goal. Ronaldo went on to score again in a one on one opportunity to double the score and seal the World Cup for Brazil. The English under Fabio Capello could not have got to a more underwhelming start as they drew 1-1 against USA in their opening game of the 2010 World Cup. Robert Green the goalkeeper who started ahead of David James and Joe Hart, let in a Clint Dempsey shot as USA were gifted an equaliser. The shot was neither powerful nor swinging, yet Green managed to let the ball creep in. The poor start to the World Cup was a sign things to come, as they got thrashed by a youthful German team 4-1 in the Round of 16.
Tags economy FIFA World Cup Goalkeepers Listicle Russia Sports