Cricket World Cup: From India to West Indies — here’s how the contenders stack up (Part I)

Updated : May 29, 2019 07:49 PM IST
On pitches that could pass as highways and stadiums packed with expatriate population, India will feel at home in England.
South Africa, the perennial underachievers of the cricketing world, have endured more heartbreaks than the Stark family without any of the coronations.
Once the royalty of cricket, the West Indies are showing signs of regeneration after years on the sidelines.

The 2019 Cricket World Cup has been truncated to just ten teams, leading to criticism from some fans who fear the lack of aspiring cricketing nations is not good for the reach of the gentleman's game.

On the other hand, with just the ten strongest teams in the fray, all matches are expected to be tightly contested. This year the format will see each team play the other in a round-robin format before the top four qualify for the semis. The revamped format will eliminate the impact of one-off upsets and ensure the strongest teams will be there at the business end of the tournament.

In this first of the two-part analysis, we look at how India, South Africa, Sri Lanka, Bangladesh and West Indies stack up.

The two-time world champions are strong contenders to add a third world title in England. Virat Kohli is at the helm of a well-balanced side with few chinks in the armour. In Rohit Sharma, India have a batsman with a flair for scoring big hundreds at a scorching pace while his opening partner Shikhar Dhawan enjoys a great record in England. Kohli has been the biggest batting star in the game for quite some time and will be the bulwark of a stellar batting line-up.

Finisher par excellence Mahendra Singh Dhoni has come into his own after a brief slump last year and will look to go out on a high with a third world title in his glittering career. The all-round abilities of Hardik Pandya, Ravindra Jadeja and Kedar Jadhav will give the team management the liberty to add an extra bowler or batsman depending upon the conditions.

India possess the most versatile bowling attack of the tournament. Jasprit Bumrah has established himself as the premium fast bowler in the world with his variations, pace and toe-crushing yorkers, all-powerful weapons that have held him in good stead in the death overs. Bhuvneshwar Kumar swings it both ways and Mohammed Shami brings scorching pace and bowling nous. Yuzvendra Chahal and Kuldeep Yadav’s ability to keep it tight while being wicket-taking threats adds another dimension to the Indian unit.

On pitches that could pass as highways and stadiums packed with expatriate population, India will feel at home in England. This has the making of an Indian summer.

South Africa — Not the strongest Proteas side

South Africa, the perennial underachievers of the cricketing world, have endured more heartbreaks than the Stark family without any of the coronations. Four years ago they suffered another crushing exit after New Zealand chased down a record total with some late heroics from Grant Eliott in their semi-final. The captain Faf du Plessis won’t lead the strongest South Africa squad at a World Cup but on their day they can beat anyone.

The veteran Hashim Amla hasn’t been his former self, showing signs of slowing down. One of the modern greats, Amla will open the batting with Quinton de Kock, a marauding batsman who will enjoy batting on the flat English pitches. Du Plessis will have to shoulder the responsibility of steadying the ship in the middle order while David Miller, Chris Morris and Andile Phehlukwayo will need to push the total beyond the reach of their opponents.

Like Amla, Dale Steyn is also getting on a bit. The most dangerous bowler at the peak of his powers, Steyn has struggled for fitness. However, Kagiso Rabada’s progress has ensured raw pace will not be in short supply despite Steyn’s struggles, while Imran Tahir will bring the goods with his wily spin.

Sri Lanka — A team in flux

Sri Lanka remain a team in transition. They haven’t found their feet since the retirement of stalwarts like Mahela Jayawardene, Kumar Sangakkara, and Tillakaratne Dilshan after the last World Cup. However, they showed some signs of reversal when Dimuth Karunaratne led the team to a historic Test series win in South Africa earlier this year before their challenge in the five ODIs came a cropper as they were whitewashed 5-0 by the Proteas.

Karunaratne will look to provide stability at the top of the order and will hope for the likes of Isuru Udana, Thisara Perera, and Angelo Mathews to capitalise in the middle. On the bowling front, Lasith Malinga remains their biggest star. The 35-year-old no longer retains the pace of his best days but his guile is intact. His ability to mix them up still outfox the best of batsmen but Sri Lanka’s fortunes will depend on the quality of his support act.

The 1996 world champions will realistically hope to defeat some of the big names but reaching the semi-finals in the tournament’s current avatar will likely prove a step too far. 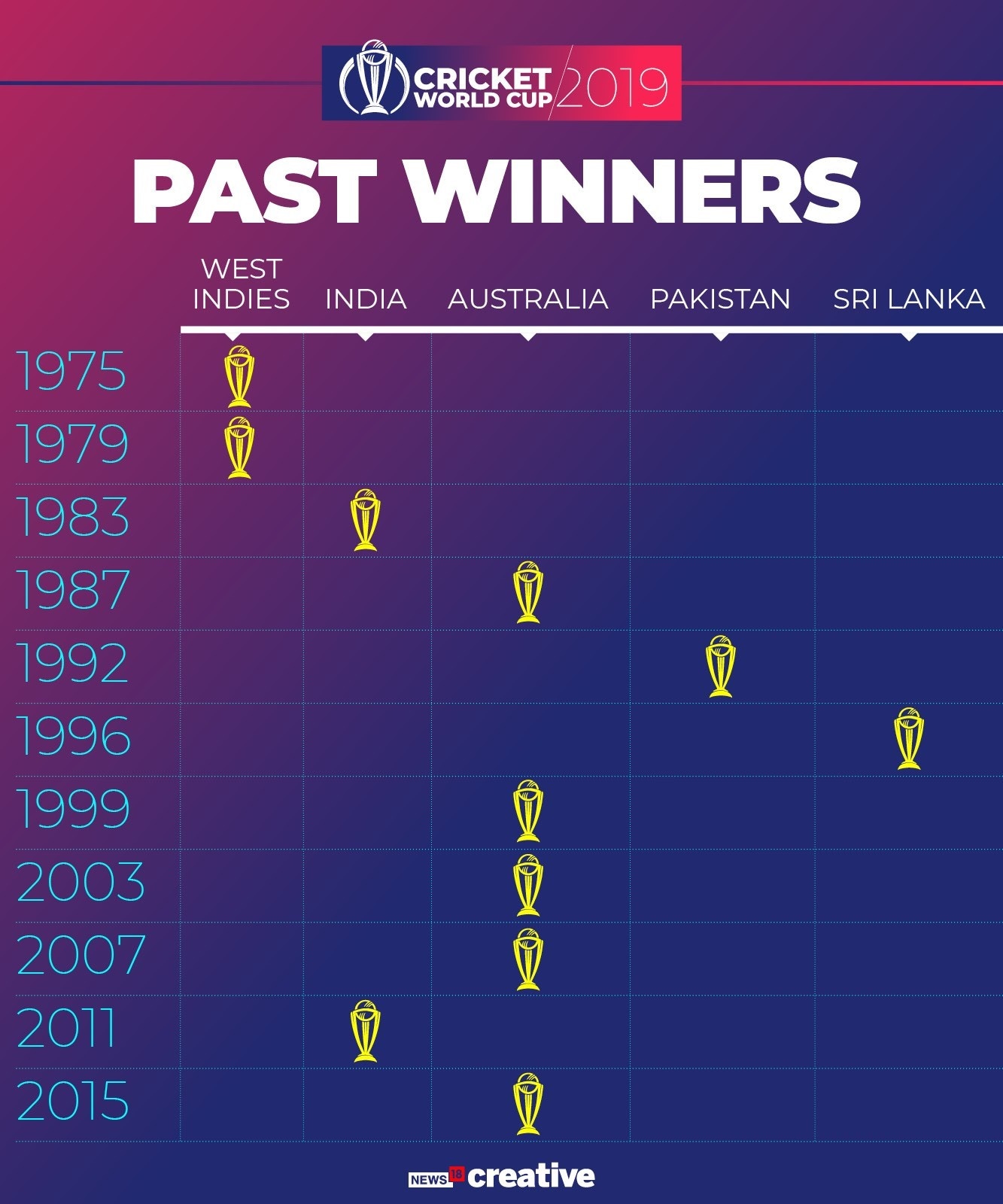 Bangladesh — There to change perceptions

Bangladesh had their best World Cup showing in 2015 when they reached the quarter-finals in Australia, progressing ahead of England in their group. Two years later, they went a step further and reached the semi-finals of the Champions Trophy. However, despite their tendency of punching above their weight, they are still seen as relative lightweights.

Their cricketing prowess, however, has improved rapidly. For years being the whipping boys they have registered some big bilateral wins at home, including scalping India, Pakistan and South Africa in the period since the last World Cup. Shakib Al Hasan is among the best all-rounders in the game, while Mushfiqur Rahim, Tamim Iqbal, and Mahmudullah are all quality batsmen.

On the bowling front, Mustafizur Rahman and Rubel Hossain will lead the attack while the team’s most successful bowlers, Shakib and Mashrafe Mortaza, are vastly experienced campaigners.

Nevertheless, they are not expected to get very far in the tournament. Their affable skipper Mortaza captured the wider sentiment well when he said no one will pick them as favourites. “If you ask all the experts, analysts and former players about their favourites for this World Cup, none of them will pick us. I think we can change some perceptions if we can do something this time, more than how much it changed in the past. It is a great opportunity for us”, the captain told reporters in England.

Once the royalty of cricket, the West Indies are showing signs of regeneration after years on the sidelines. The winners of the first two World Cups, they will go into the tournament on the back of encouraging displays at home against England. They smashed the English 2-1 in the Test series before holding the best ODI side in the world to a 2-2 draw in the 50-over series.

The return of Chris Gayle to the side has given their chances a big boost, while Andre Russell, the bludgeoner extraordinaire, burnished his reputation further with some lusty hitting in the last edition of the Indian Premier League (IPL). In addition to these two, the Caribbean outfit has some very exciting youngsters in Shimron Hetmyer, Nicholas Pooran, and Oshane Thomas.

In the captain Jason Holder, West Indies have one of the most likeable characters in the game and no one will begrudge them if he ends up holding the coveted trophy on 14 July.