Cricket World Cup: From Pakistan to England — Here’s how the contenders stack up (Part II)

Updated : May 29, 2019 07:12 PM IST
Pakistan’s only World Cup win came in 1992 with Imran Khan at the helm. The fact that Khan is now at the helm of the country is an indication of how long the Pakistanis have waited for an encore.
Australia’s ODI form was in doldrums over the last two years but in true Australian fashion, they appear to have brought it all together just in time.
The English bowling attack is also a well-constructed unit. Mark Wood generates furious pace while Woakes and Stokes provide as genuine a threat with the ball in hand as they do with the bat.

In this second of the two-part analysis of the teams at the 2019 Cricket World Cup, we look at how Pakistan, Australia, Afghanistan, New Zealand and England stack up.

Pakistan — Will it all come together for a promising side?

They say you never know which Pakistan will turn up on a given day: the ridiculously brilliant or just the ridiculous. Pakistan’s only World Cup win came in 1992 with Imran Khan at the helm. The fact that Khan is now at the helm of the country is an indication of how long the Pakistanis have waited for an encore.

Babar Azam has been the team’s best batsman for some time and his average, which is in touching distance of 50, is a good reflection of his quality. Imam ul-Haq has grown by leaps and bounds and recently smashed 151 against England. Fakhar Zaman, Sarfaraz Ahmed and Asif Ali lend genuine quality in their batting order while veterans Mohammad Hafeez and Shoaib Malik add nous and solidity.

In the fast bowling department, for long Pakistan’s edge over other cricketing nations, the team appear to have unearthed another gem in Mohammad Hasnain. The strapping youngster generates genuine pace and breaches the 150 km per hour mark with regularity. He will have his fellow 19-year-old and another prodigy Shaheen Afridi for company. In Hasan Ali and Wahab Riaz—who is back in the mix after two years—Pakistan has two genuine exponents on the rare art of reverse swing. However, the form of Mohammed Amir, who was on the verge of losing his spot in the team before sneaking in at the last minute, will be a worry.

Australia — Peaking at the right time

Australia’s ODI form was in doldrums over the last two years but in true Australian fashion, they appear to have brought it all together just in time. The five-time world champions went through a period of soul searching after the ball-tampering saga that marred their tour to South Africa last year and led to year-long suspensions for team stalwarts Steve Smith and David Warner.

Australia lost a bilateral series to India at home earlier this year and went on to lose the first two matches against the same side away. Then Usman Khawaja—Warner’s replacement at the top of the order—came into his own, guiding his side to a 3-2 series win. Later, Australia went on to thrash Pakistan 5-0 in the United Arab Emirates.

In the meantime, Smith and Warner have returned. The former marked his comeback with a century against England and reminded everyone how strong Australia are with him in their ranks.

Australia’s bowling is strong as ever, led by the classy Pat Cummins, and Mitchell Starc — the top wicket-taker from four years ago. There is more firepower in the form of Jason Behrendorff and Nathan Coulter-Nile while Nathan Lyon and Adam Zampa are capable spin options. The all-round abilities of Glenn Maxwell and Marcus Stoinis give Australia a genuine edge.

Australian cricket, just like German football can never be written off, especially not ahead of a big tournament.

Afghanistan – World-class spinners but not much else

The rise of Afghanistan cricket is one for the romantics. Despite years of war and turmoil, cricket has flourished in the country as if in defiance. Rashid Khan has emerged as one of the most skilful cricketers around and a genuine star. The wily spinner has made a name for his stingy economy rate and the ability to take wickets in the shortest format of the game.

Apart from Khan, Afghanistan have quality spinners in Mujeeb Ur Rahman and Mohammad Nabi. That also highlights the issues the team will likely face in England. In English conditions playing with three spinners is not the smartest of ploys and a lack of genuine firepower in their batting line up will limit Afghanistan’s chances against some of the bigger teams in the tournament.

The preparation for the World Cup wasn’t helped by the replacement of long-serving captain Asghar Afghan in favour of the all-rounder Gulbadin Naib. Rahmat Shah is a quality batsman and Hazratullah Zazai has a predilection for smoking them long and hard. But realistically, Afghanistan will aim to cause an upset or two but against the bigger teams, their limitations can be exposed. 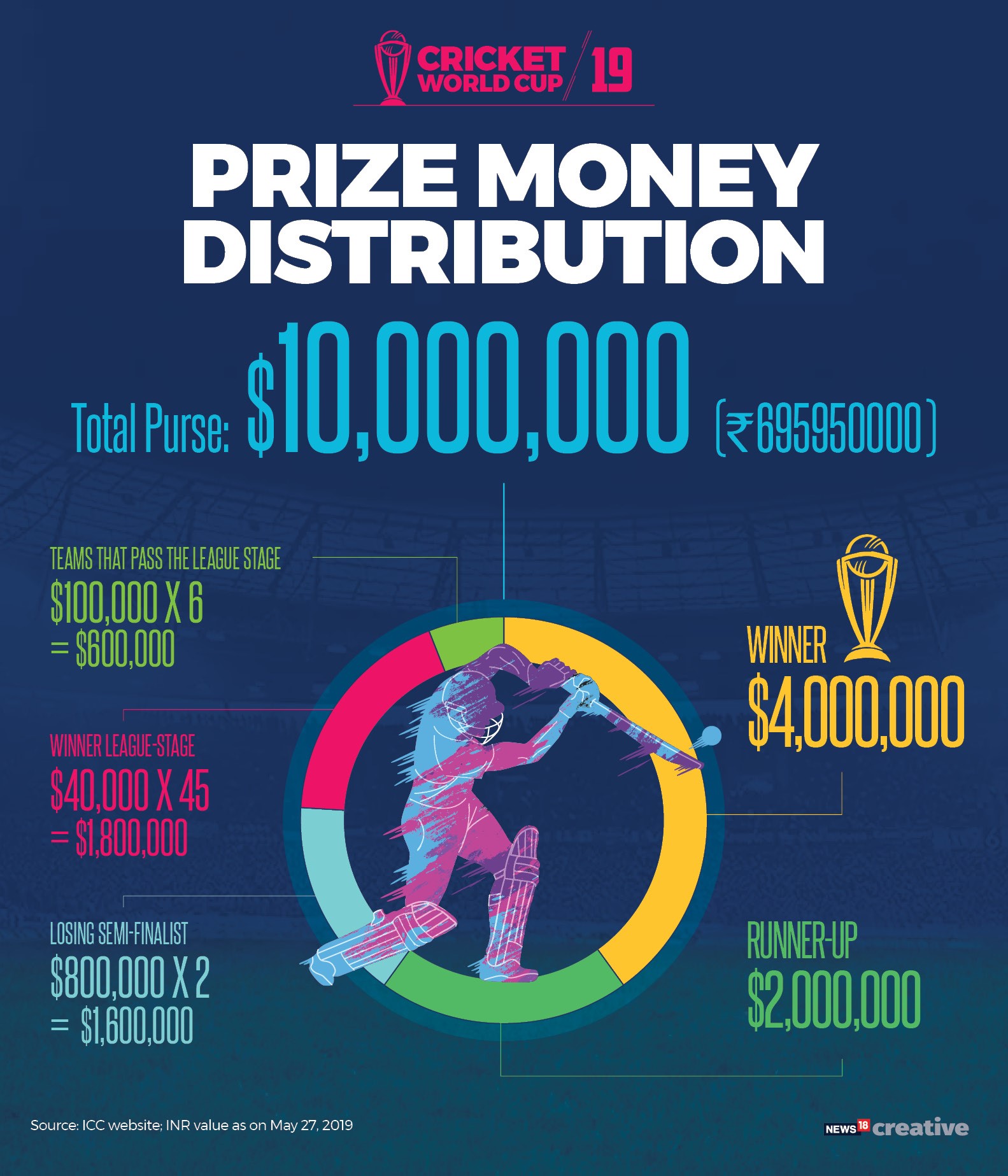 New Zealand reached their first World Cup final four years ago but suffered a painful loss at the hands of trans-Tasman rivals Australia. Two of the modern greats in Brendon McCullum and Daniel Vettori have since gone and so has Grant Elliott whose heroics in the semis put the Kiwis in the final. However, New Zealand remain a quality outfit with personnel to give any team a game.

Their batting will be spearheaded by the captain Kane Williamson and the veteran Ross Taylor, while Martin Guptill will look to provide early flourish at the top of the order. The all-round abilities of Colin de Grandhomme, James Nisham, Mitchell Santner and Tom Latham will lend solidity in the Kiwi ranks.

Williamson has one of the better bowling units in the tournament at his disposal. Trent Boult, who wrecked India’s top-order under overcast conditions in the practice game, will pose a genuine threat with his swing, while Lockie Ferguson will push the speedometer the farthest in the Kiwi bowling unit. Tim Southee, who grabbed 15 wickets at the last World Cup, will look for a repeat performance. Santner and Ish Sodhi will be their spin options.

England will go into their home tournament as the favourites to lift their first World Cup. The inventors of the gentleman’s game have endured many tearful chapters in their long and cherished history, and that includes three lost World Cup finals. However, they haven’t even reached the summit clash in 27 years. The 2015 edition was a horror show as they were bundled out at the group stage.

But four years is a long time. England have since assembled what can be described as the strongest ODI side in world cricket. Their stacked batting line-up is as destructive as it is deep. Jason Roy and Jonny Bairstow invariably set up a strong platform for the likes of Eoin Morgan and Joe Root to consolidate. Jos Buttler, the most destructive batsman in the modern game, takes it from there with ample support from the likes of Ben Stokes, Moeen Ali and Chris Woakes among others.

The English bowling attack is also a well-constructed unit. Mark Wood generates furious pace while Woakes and Stokes provide as genuine a threat with the ball in hand as they do with the bat. In Adil Rashid England have a spinner who has taken more wickets than any other bowler since the last World Cup. Rashid’s leg-spin will complement Ali’s off in the middle overs.

England have added further quality in their ranks with the injection of Jofra Archer. The home side changed its residency rules in order to accommodate the Barbados-born bowler in their ranks and, looking at his quality it is easy to see why the hosts went that extra mile. It also goes to show how serious England are about the title this time.