Japan stun Germany to deliver second major upset of Qatar 2022, here are some of the biggest upsets in WC finals

Japan stun Germany to deliver second major upset of Qatar 2022, here are some of the biggest upsets in WC finals 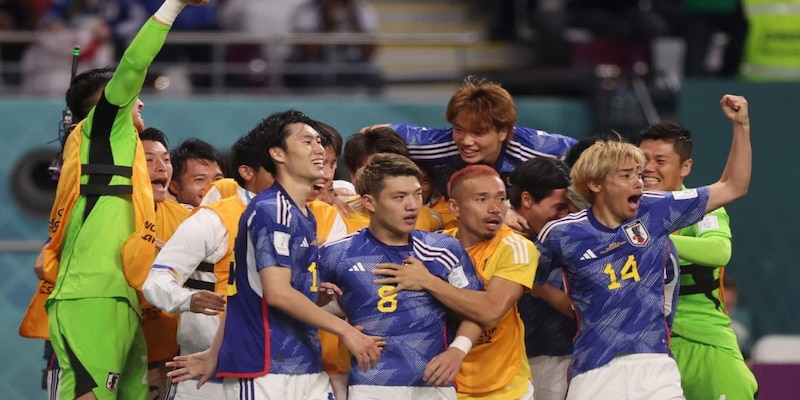 The Qatar World Cup 2022 has served up not one but two major upsets in as many days as Japan stunned four-time champions Germany at the Khalifa International Stadium on November 23. Yesterday, Saudi Arabia shocked a Lionel Messi-led Argentina, coming back from a goal down to win 2-1.

Japan served up the second major upset of the FIFA World Cup 2022 as they came back form a goal down to stun four-time champions Germany at the Khalifa International Stadium on Wednesday, November 23.

Germany seemed to be in control of the game with a 1-0 lead at half-time, having dominated the first-half with Japan not mustering a single shot on target.
However, The Samurai Blue came roaring back in the second half and scored with two of their three shots on target. Substitute Ritsu Doan levelled the tie in the 75th minute before another sub Takuma Asano hammered in a late winner in the 83rd minute.
The defeat leaves Germany at the bottom of Group E which also features Spain and Costa Rica. Argentina 1 - 2 Saudi Arabia (2022) |
Just yesterday at the tournament, Saudi Arabia fought back from 1-0 down to stun a Lionel Messi-led Argentina at the Lusail Stadium. La Albiceleste were given an early lead with their captain Messi scored from the spot in the 10th minute. However, the Asian side who are ranked 51 in the FIFA Men’s ranking fought back to clinch a famous 2-1 win.
Saudi Arabia’s top scorer in qualifying, Al-Shehri, levelled the tie in the 48th minute before Al-Dawsari completed the turnaround with a beautiful curled shot in the 53rd minute.
Here’s a look at other famous upsets in the history of the FIFA World Cup. Cameroon 1 - Argentina 0 (1990) | Diego Maradona’s side were defending World Cup champions playing in the opening game at Italy 1990 against Cameroon when they were left stunned by the African team. In a highly physical contest Francois Omam-Biyik gave Cameroon the lead in the 67th minute which they managed to hold on to despite finishing the game with just nine players on the field. 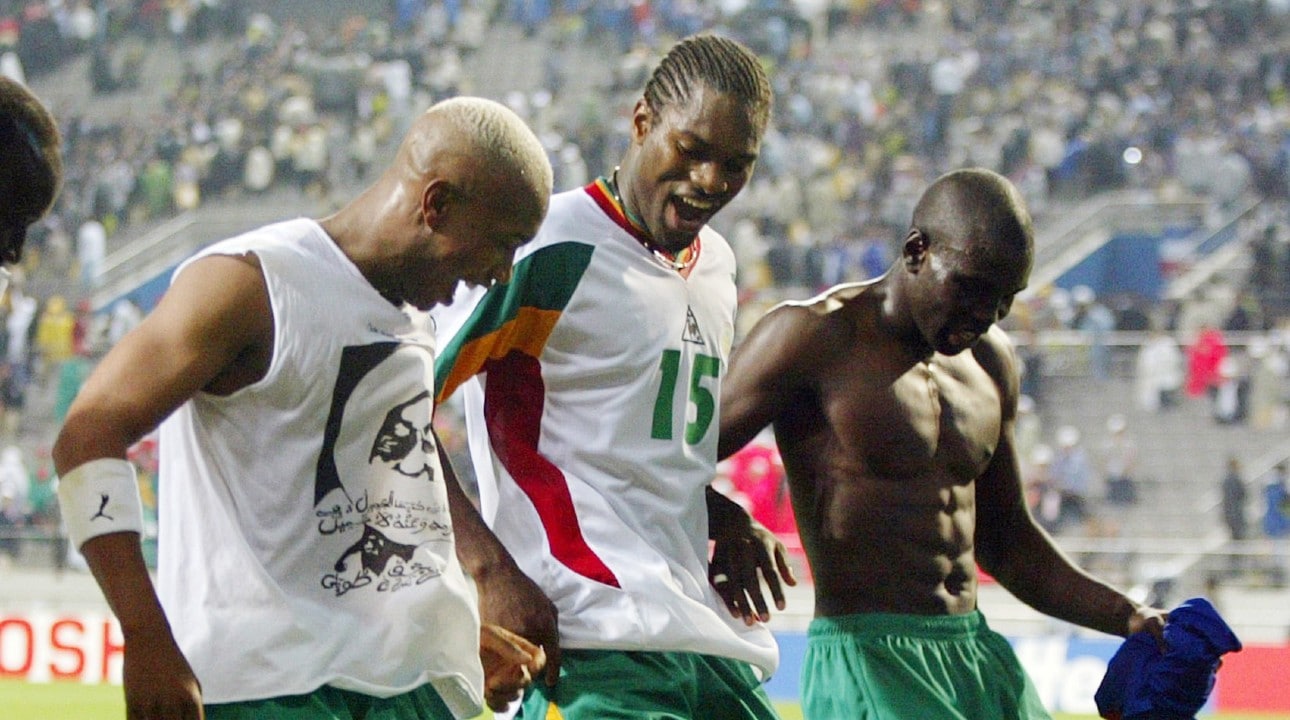 Senegal 1 - France 0 (2002) | Another famous upset by an African nation came much more recently when Senegal shocked the defending champions France in 2002. Making their World Cup debut, Senegal announced themselves on the big stage in style with a memorable 1-0 victory over Les Blues thanks to Papa Bouba Diop's iconic winner. France failed to recover from that loss and suffered the ignominy of a group stage exit as defending champions. Bulgaria 2 - Germany 1 (1994) | The 1990 champions Germany were looking to defend their World Cup trophy in 1994 while also making their maiden appearance as a unified nation. However, despite the likes of Lothar Matthaus, Jurgen Klinsmann and Matias Sammer in the side, Germany were dumped out in the quarter-finals courtesy a 15-minute spell from Bulgaria as Hristo Stoichkov equalised with a free-kick before Yordan Letchkov headed them into the semifinals. South Korea 2 - Italy 1 (2002) | Buoyed on by their home crowd, South Korea provided one of the major upsets in the 2002 World Cup Round of 16. After topping their group, Guus Hiddink's side came up against Italy who boasted the likes of Paolo Maldini, Francesco Tottli and Christian Vieri. It was Vieri who gave the Azzuri the lead in the 18th minute but South Korea scored a late equaliser as Seol Ki-hyeon found the net in the 88th minute to force extra time. Ahn Jung-hwan then scored the ‘Golden Goal’ in the 117th minute to progress to the quarter-finals. 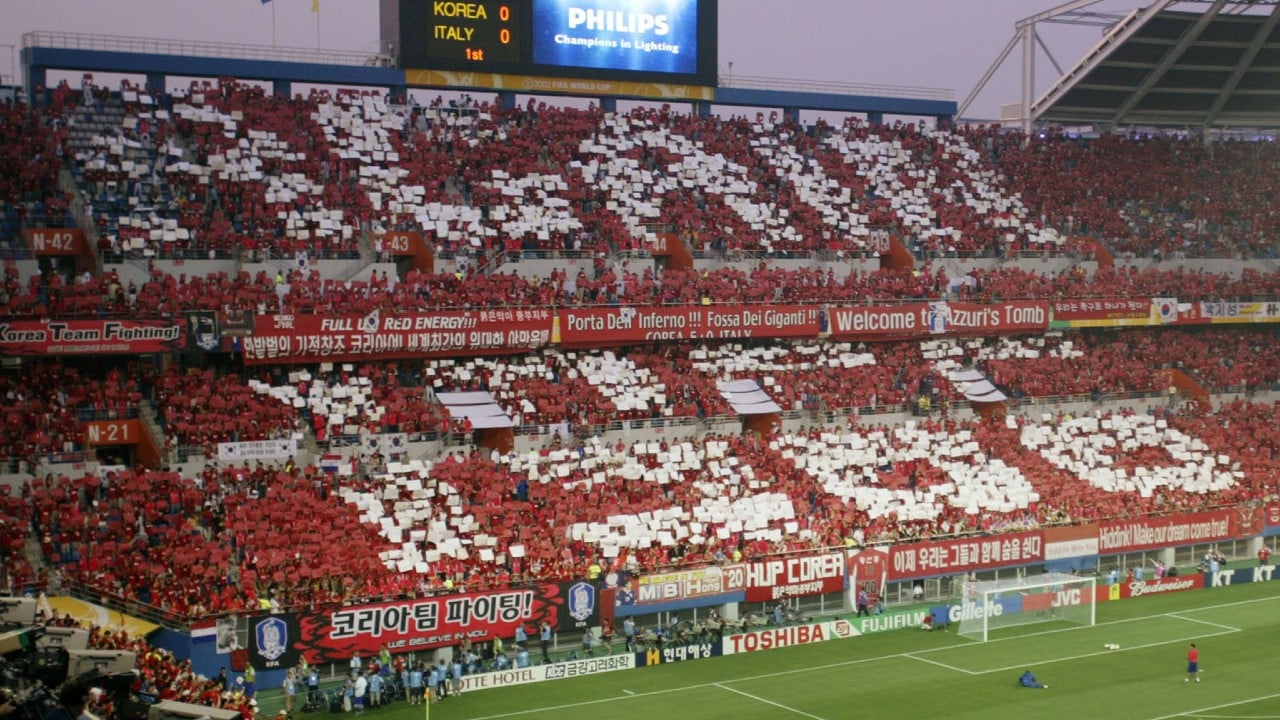 North Korea 1 - Italy 0 (1966) | Two-time world champions back in 1966, Italy were expected to cruise through the group stages in England but were instead dumped out after a shock defeat to North Korea. Pak Doo Ik scored in the 42nd minute and Italy who entered the tournament as firm favourites to lift the trophy failed to reply and ended up bowing out in the group stages.
USA 1 - England 0 (1950) | Despite making their maiden World Cup appearance England were still heavy favourites against a United States of America team who had lost all of their last seven international matches by an aggregate score of 45-2. However, England were instead handed their first-ever World Cup defeat as Joe Gaetjens found the net in the 38th minute to grab USA’s only win in that tournament.
Check out our in-depth Market Coverage, Business News & get real-time Stock Market Updates on CNBC-TV18. Also, Watch our channels CNBC-TV18, CNBC Awaaz and CNBC Bajar Live on-the-go!