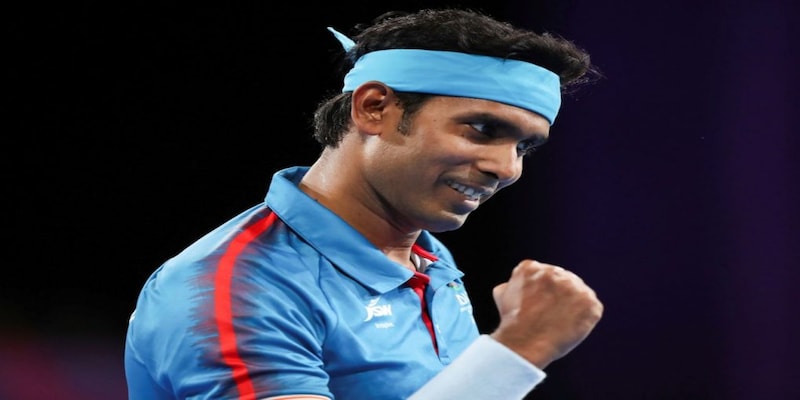 Commonwealth Games 2022: Sharath Kamal just won gold in the table tennis men's singles event in Birmingham. Earlier he had paired with Sreeja Akula to finish on top in the mixed doubles category. He was also among the four to win the men's team gold a few days back. All this in addition to a men's doubles silver. Too many feathers to keep track of? Read on for the story behind the glory.

The Commonwealth Games 2022 has turned out to be a field of gold for India's table tennis ace Achanta Sharath Kamal. Kamal won gold in the men's singles at the event in Birmingham on August 8. Earlier he had paired with Sreeja Akula to finish on top in the mixed doubles category. The Indian pair got the better of Malaysia’s Javen Choong and Karen Lyne 11-4, 9-11, 11-5, 11-6 to clinch the gold medal. He was also among the four to win the men's team gold at the CWG 2022.

On August 7, Sharath along with G. Sathiyan won the silver medal after they were defeated by Paul Drinkhall and Liam Pitchford in the men’s doubles final. Sharath had overcame Paul Drinkhall 11-8, 11-8, 8-11, 11-7, 9-11, 11-8 to qualify for the gold medal contest in the men's singles category.
Also read: CWG 2022: The rise of Eldhose Paul, India's first-ever gold medallist triple jumper
Earlier, he had won four medals at the 2018 Commonwealth Games. He also won two bronze medals at the 2018 Asian Games.
The Tamil Nadu-born player is one of the finest table tennis players that India has ever produced. He won his first national title back in 2003. He went on to secure record-breaking 10 national titles. Sharath's first international title appeared a year later at the Commonwealth Table Tennis Championships. The year 2004 is also a memorable one for the 40-year-old table tennis player as he secured his maiden Olympics berth that year.
Sharath bagged his maiden Commonwealth Games gold medal in 2006. He returned home from Melbourne with two gold medals.
Also read: Commonwealth Games 2022: Day 11 schedule for India and match preview
After his Commonwealth success in 2006, Sharath focused on the international circuit. He went to Germany and Sweden to improve his game and become a more complete player. The changes in his style of gameplay were evident and Sharath emerged as a more mature and compact player.
In 2010, he was crowned champion at the Egypt Open. Moreover, with this win, Sharath became the first Indian table tennis player to win the ITTF Pro Tour title. He defeated Hong Kong’s Li Ching in the final to script a remarkable achievement. Earlier that month, he had won the prestigious US Open Table Tennis Championships after beating Slovakian opponent Keineth Thomas.
ALSO READ:  2022 Commonwealth Games medal tally here
Sharath suffered a poor run of form in the next couple of years but in 2016 he scripted a resounding comeback after qualifying for the Rio Olympics.
Sharath produced a spirited show at the Tokyo Olympics 2020 but unfortunately, that was not enough to earn a much-coveted maiden Olympics medal.
Click here for live updates on Commonwealth Games 2022
(Edited by : Sudarsanan Mani/Shoma)
Check out our in-depth Market Coverage, Business News & get real-time Stock Market Updates on CNBC-TV18. Also, Watch our channels CNBC-TV18, CNBC Awaaz and CNBC Bajar Live on-the-go!