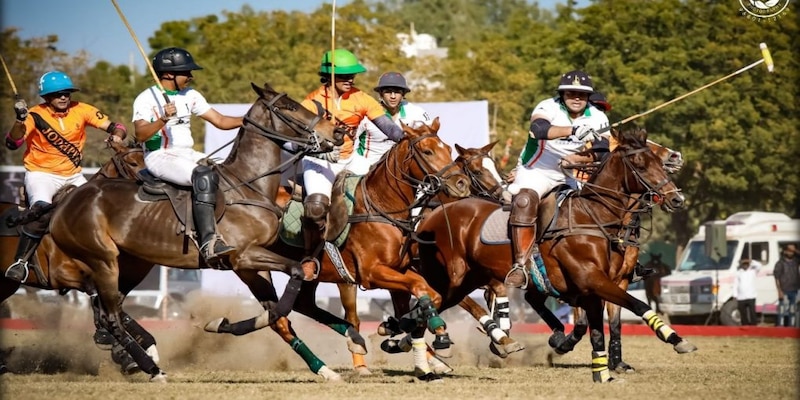 An integral part of the heritage and legacy of the city, Jodhpur has been the home ground for polo since the 19th century. It was Jodhpur from where the British Cavalry picked up this Sport of Kings, turned it into its modern form, and took it to all corners of the British Empire. Jodhpur and Polo have shared a special bond, and as the winter season approaches, the Blue City and its Royalty come together to form a one-of-a-kind festival.

The Jodhpur Polo and the Equestrian Institute are all set to host a four-week long annual Polo season from December 6 till December 31, 2022. This is the 23rd Jodhpur Polo season and will be played at the Maharaja Gaj Singh Sports Foundation Polo Ground, Air Force Road, Pabupura. This year’s event will see 4 tournaments and 9 one-day demonstration matches. The chief guest of the event will be Maharaja Gaj Singh, the Maharaja of Jodhpur.

Also Read: Mary Kom turns 40: Here is a look at her net worth, brand value and what is she up to
A total of eight one-day exhibition matches will also be played in the season, which is as follows:
Announcing the season, H.H Maharaja Gaj Singh II said, “Jodhpur is the alma mater of modern Polo in India; it is home to legends both past and in the making. The season this year shall mark added joy after the pandemic and we are hoping for a wonderful turnout with some of the world’s most renowned players and patrons.”
He added, 'It (the Polo Fiesta) is not just an instrument to promote tourism in Jodhpur; it is the friendliness of this place that makes it different from other polo destinations'.
Also read: Supreme Court approves December 10 deadline for Indian Olympic Association polls
Check out our in-depth Market Coverage, Business News & get real-time Stock Market Updates on CNBC-TV18. Also, Watch our channels CNBC-TV18, CNBC Awaaz and CNBC Bajar Live on-the-go!

Mary Kom turns 40: Here is a look at her net worth, brand value and what is she up to